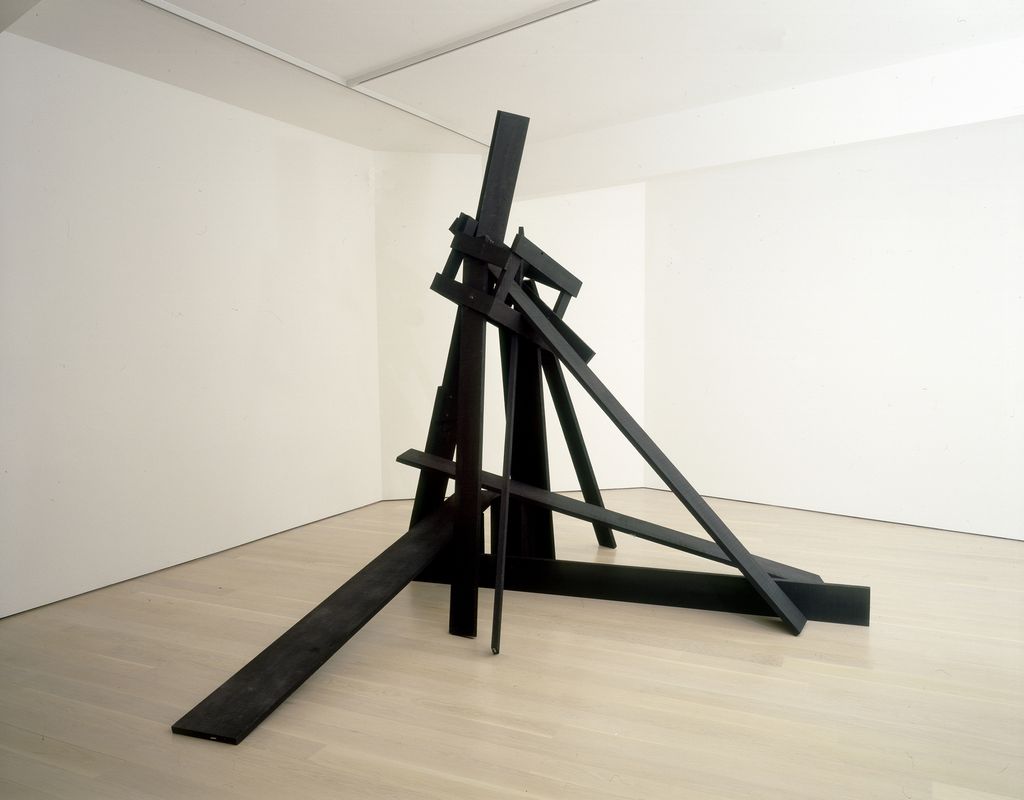 Avslutad
Utställning
YOSHISHIGE SAITO - CONTINUATIONS
1 konstverk till salu
Konst
Yoshishige Saito
Peder Lund is pleased to present an exhibition of two sculptural works by the Japanese artist Yoshishige Saito (1904-2001). Saito is recognised in his native Japan as one of the great abstract sculptors of the twentieth century. His tenure at Tama Art University, Tokyo during the 1960’s and early 1970’s had a significant influence on a generation of Japanese artists leading, importantly, to the development of the Mono- ha movement. Eschewing the production of representational artworks, Saito instead focused on basic materials and their properties, creating simple arrangements with minimal artistic intervention. While Surrealism was the dominant trend amongst the Japanese avant-garde art circles of this time, Saito persisted in producing structural, abstract works whose concepts were unique and highly unorthodox. His proud dedication to creative integrity is, in part, why he is held in such high esteem today. The son of a military officer, Saito constantly felt "a kind of physiological impulse" to create objects, either simple works on paper, drawings or assemblages, or something three-dimensional. Due to his conservative upbringing, however, he never pictured a career for himself as an artist. Saito received no formal artistic training, but in 1920, he saw an exhibition by the exiled Russian Futurist painter David Burliuk. He was deeply stimulated by the artist's style, and in the years following, Saito became interested in radical avant-garde movements like Mavo and Sanka. “Mavoist” artists sought to disrupt or blur the boundaries between art and daily life. They protested the conservatism in the Japanese art world and rebelled against the establishment by combining industrial products with painting or printmaking, usually in collage form. Saito became deeply skeptical of representational painting, and by the late 1920s, Saito, an avowed Marxist, began studying the European Constructivists and identified especially with the tenants of Dadaism. By the 1930’s, Saito had begun to make plywood relief sculptures. In keeping with Constructivist principals, he saw these works not as ‘a relationship between pictorial form and background’ but existing as objects in their own right. A central concept to Saito's work is that his sculptures do not represent or define anything but themselves. After the Second World War (during which most of Saito’s works were lost or destroyed), Saito experienced many hardships, from divorce and disease to extreme poverty, however he acknowledged that the impulse to draw, a sort of inner vibration, never left him. After a period exploring abstract painting, he returned to sculpture and began to incorporate large planks and discs of painted wood into his work. The results were larger scale sculptural installations, which Saito continued to make throughout his career. On view at Peder Lund will be two such examples, the sculptures "Continuation 2" (1987) and "Continuation 3" (1987). Through the use of wooden planks painted with black lacquer, Saito was able to exploit the relationship between the material of construction and the suggestion of disintegration or collapse. When viewing these sculptures from shifting angles, they can be perceived either as real painted objects or simply shadows on the wall. Distance and structure become ambiguous. Saito was fascinated by the creative potential of the void, leaving empty hollows in his cyclic dynamic creations, playing continuity against irregularity, thrusting, outward-bound planes against still, silent centres. The gallery becomes an essential part of the work as the wooden forms jut and recede into space, overlapping and interrelating. In the company of the Japanese expressionist Kazuo Shiraga and echoed by the post-surrealist painter-sculptor Aki Kuroda, Saito was a compelling figure in the historical relationship between European and Japanese modernism, and is of particular interest during the global fusion of styles taking place in today's art world. In 1957 Saito won the prestigious “New Artist’s Prize” in Japan, and this exposure lead to his later inclusion in the Venice and Sao Paulo Biennales. He was the subject of numerous museum shows. A retrospective of his work was held in 2003-2004, traveling to the Iwate Museum of Art, the Chiba City Museum of Art, the Shimane Art Museum, and The Museum of Modern Art, Toyama. "Continuation 2" was exhibited in this important exhibition. "Continuation 2" and "Continuation 3" were both included in the 1993 traveling exhibition Yoshishige Saito, Time, Space, Wood.