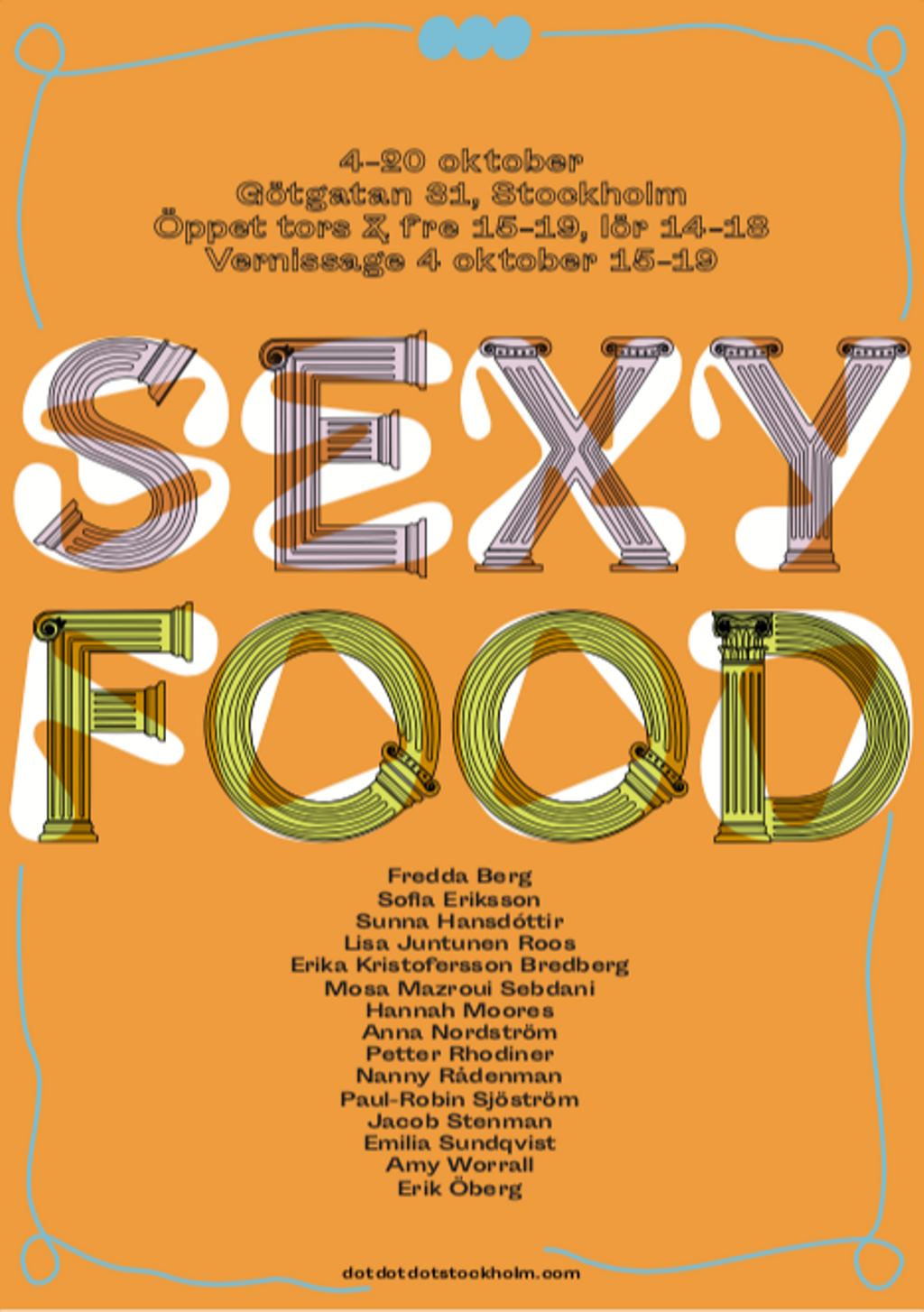 Avslutad
Utställning
SEXY FOOD
Medverkande konstnärer
Sexy Food is a group exhibition highlighting the new generation of artists working within the field of craft throughout Sweden. The exhibit is based loosely on Homer’s epic The Odyssey. The themes determine the narrative of the exhibition - temptation, food, disguise and story telling being the 4 components we’ve picked out from The Odyssey to ‘Sexy Food’. ‘Sexy Food’ of course alludes to the playful and lavish content of the exhibition whilst also neatly tying up our points of interest from The Odyssey. Food is used in The Odyssey as a major plot point indicating lust, temptation and a lack of self-control; it is the key to the behavior of the characters in the book. Sex and the power of seduction are continually used in the story as test of will. Women frequently use their sexuality as a weapon to get what they want, whilst left craving love. Both food and sex are indulgences that frequently cause the story of The Odyssey to stray from its hero’s path. Our exhibition focuses on the ‘distractions’ telling a story, that when we give into temptation and deviate from the narrative not only does the real story emerge but also our motives do too.