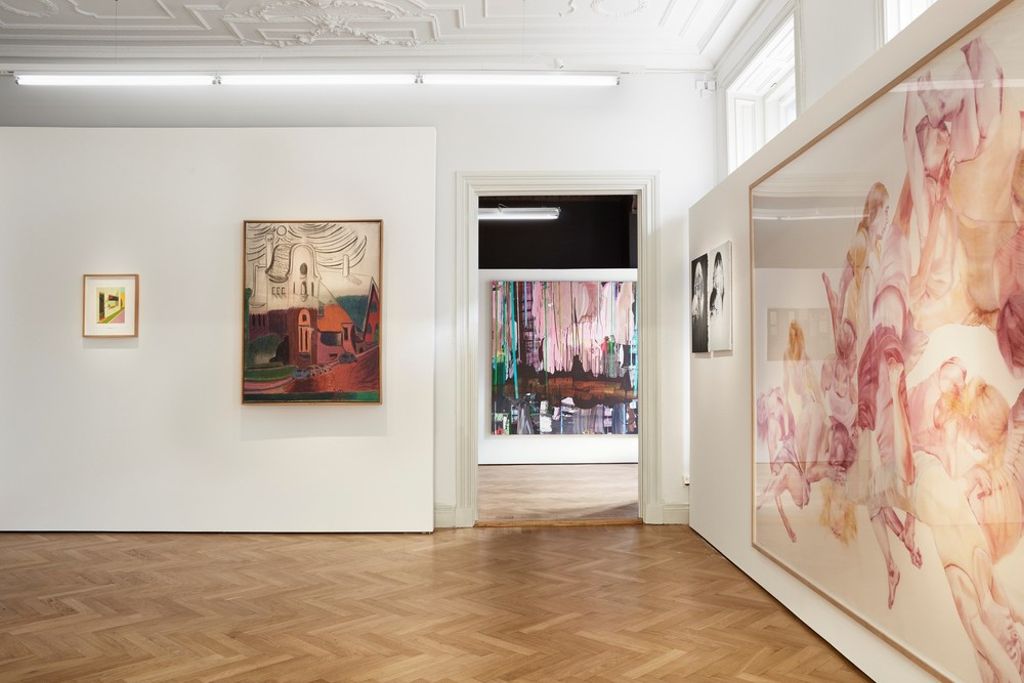 Avslutad
Utställning
MENTORS
GRUPPUTSTÄLLNING
CFHILL is proud to announce Mentors, a new group exhibition organized by New York- based independent curator Rick Herron. Mentors is a celebration of artists who make teaching, curating, and collaborating with developing artists an intrinsic part of their creative practice. The exhibition brings together some of North America's most acclaimed contemporary artists, juxtaposed not by their formal or conceptual kinship, but by the relationships they build and the communities they foster. Spanning all media and aesthetic approaches, Mentors explores the ways that these artists work together and influence each other. Known in Stockholm for co-curating last year’s Powerful Babies: Keith Haring’s Impact on Artists Today for Spritmuseum, curator Rick Herron cites the AIDS crisis as a catalyst for the importance of mentoring in art today. “The art world lost an entire generation of inspiring artists, scholars and curators to the disease,” Herron writes, “leaving an entire generation of people missing their mentors.” This gap makes intergenerational relationships between artists all the more crucial. Fortunately, recent years have seen a resurgence of interest in meaningful connections between established and emerging artists. Included in Mentors is We All Go Back To Where We Belong, Michael Stipe’s intimate a capella tribute to John Giorno. The video is complemented by graphic text-based paintings by Giorno, an artist and poet who rose to fame as one of Warhol’s superstars. The exhibition also includes works by Avram Finkelstein and Hunter Reynolds, who pioneered the use of art as a political weapon and now collaborate with younger artists to create powerful new artworks and performances. Prominent artists Marilyn Minter and Jack Pierson are joined by younger artists like Jayson Musson and Elijah Burgher, both making their Swedish debuts after being collected and exhibited by The Museum of Modern Art, The Whitney Museum Museum of American Art and ICA Philadelphia. Herron's Mentors is the first in a series of exhibitions at CFHILL to be organized by guest curators from around the world, giving CFHILL's program a fresh perspective, and introducing Swedish audiences to today's most vital international artists and curators. Heike Baranowsky, Tad Beck, Nayland Blake, Chris Bogia, Elijah Burgher, Cheryl Donegan, Angela Dufresne, Avram Finkelstein, John Giorno, Steve Locke, Marilyn Minter, Jayson Musson, Jack Pierson, Hunter Reynolds, Jacolby Satterwhite, Michael Stipe, Vincent Tiley, Richard Tinkler, Conrad Ventur, Tobaron Waxman.