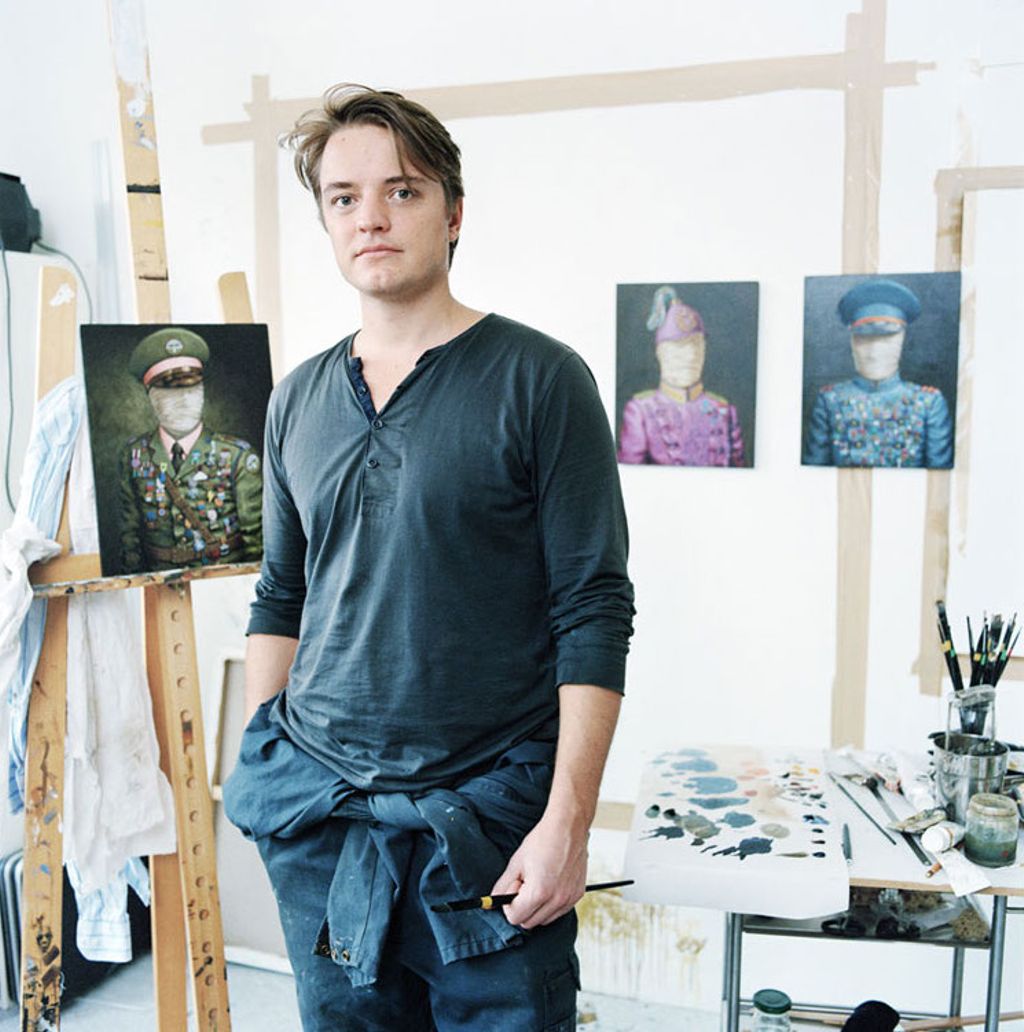 THE STORY OF A HURRICANE

This is the condensed life-story of the self taught artist Willem Anderson. Willem is one of a handful of the artists poised to do big things in 2017. So do not fall asleep.

Willem Andersson was born in 1980 in Helsinki. He moved with his family at early age to Stockholm. Today, side by side with his artist-girlfriend he lives and works in the south of Sweden, and primarily works in the classic material such as painting, drawing and sculptures.

Willem is hot property these days. On 9 March he opens his 5th solo show at the gallery Belenius in Stockholm. In the upcoming show Willem is yet again testing his ability to rejuvenate his artistic expression. We are met by a series of new works that characterise different portraits using oil, acrylic and marker pen.

So Willem, how were you introduced to the art world?

When I was kid I drew a lot. But as with most kids, I was ignorant and didn’t pay much attention to what I drew or for what reason I dit it. I had the picture that if you had the skills to be able to sketch I could become a cartoonist, which was actually what I wanted to become from the start.

In high school, I discovered art. I took a sketching class at the National Museum of Art and soon after that I was hooked, especially contemporary art.

How did you go from a sketching class to your first gallery show?

I had a vision that I would be 40 years old when I had my first exhibition. I had no intentions to become an artist before that age.

But then one day I bumped into Niklas Belenius who asked me to see my work. I knew Niklas from before since we were both skateboarders. At the time, Niklas was a rising star within Swedish skateboarding, my skills were somewhat more modest .

I had no idea that he was also running his own gallery, and if I did, I would never have let him see my paintings. I was frightened about the idea of having people to express opinion about my art.

Niklas enjoyed what he saw and he asked if we could do a show, but I refused. Eventually, one day he told me that he had signed me up for an art fair. I panicked, but it all went really well, and after that I felt feel okay to expose my work.

Could you describe your artistic style?

I find it hard to talk about my own art, it is easier for someone else to describe and study my work.
What I create is often realistic but at times surreal. I don't resonate with words when I work. For me it is emotions, colours and shapes. That said, it's nice when someone else put words to my work. But sometimes it becomes completely wrong and you disagree. But that's just interpretations and there is no right or wrong. There are just different ways of looking at art.

You moved from Stockholm to a small town in Skåne, how come?

Me and my girlfriend moved here to be able to devote ourselves entirely to our profession. She is also an artist. Frankly, living here, we have a better chance to be able to hold on to what we are passionate about. In 10 years from now, I want to continue being an artist, and therefore we have chosen to live with more reasonable overheads, it gives us the freedom and opportunity to continue to create art for a longer time.

At home, what art covers your walls?

Not my own stuff.. Actually, apart from two works that I gave to my girlfriend as a present before we moved in together.

I don't have the economy to have lot of nice art on the walls but we have a few pieces that we have purchased or received from friends and colleagues who are also artists.

What does your art diet consist of?

I read art blogs on the Internet, and of course, I use Instagram to explore art. When I have the time I peruse galleries, often in Malmö and Copenhagen where there are a plenty of great galleries to explore.

Do you have any favourite ones that you always visit?

Galleri Ping Pong, Signal and Galleri CC all three in Malmö who exhibit great art and are really friendly too.

I'm not a morning person. I get up around 10am in the morning and tackle my practical tasks until 1pm before I start painting. I work best in the evenings and nights. I like working at night, because you don't get disturbed and it feels like you win time because everyone else is sleeping.

What do you do next?

I go to Stockholm this Sunday to prepare for my show at Belenius. A few of the works will also be exhibited at BIOTOP, a group show organised by Belenius, Elastic Gallery and Stockholms Auktionsverk. BIOTOP opens on the 22nd March.

On Friday after the opening I will travel to Copenhagen and then I guess the post-exhibition depression kicks in as it always does after a hectic period of work. You tend to ask yourself "what should I do now". But that’s the charm of being an artist. 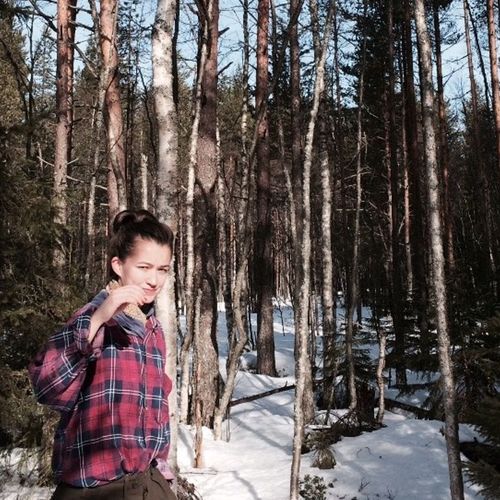 Inspired by the glitter that mimics the light of nature; Sara Forsström examines the relationship between man, woods and nature that leads her back to places that may not exist. Artworks had a caught up with in time for her current show at the cherished Pom Gallery in Mariefred.
5 min read 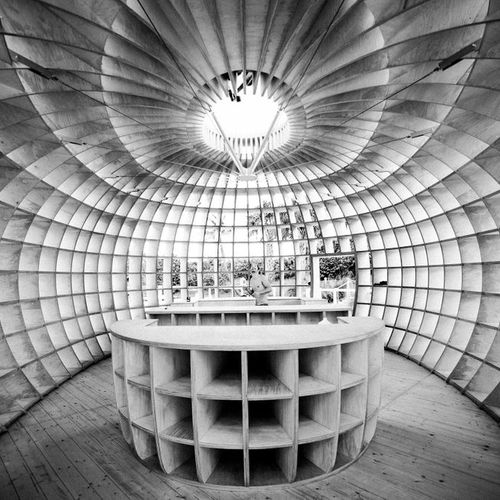 A thirst for art 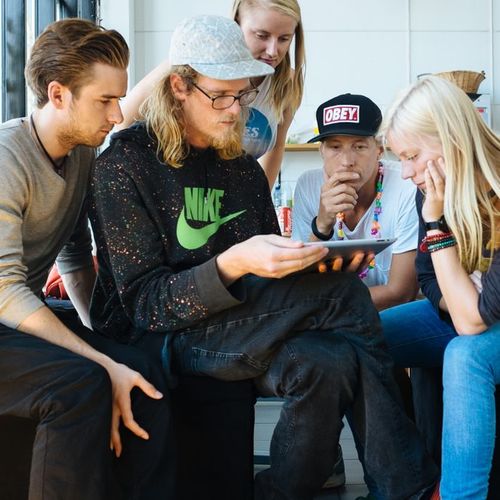 You don’t have to be Google for employees to love working for you. Artworks gives you some quick tips for recruiting the best and the brightest – even if your HQ doesn’t have a swimming pool.
2 min read

Inspired by the glitter that mimics the light of nature; Sara Forsström examines the relationship between man, woods and nature that leads her back to places that may not exist. Artworks had a caught up with in time for her current show at the cherished Pom Gallery in Mariefred.
5 min read

You don’t have to be Google for employees to love working for you. Artworks gives you some quick tips for recruiting the best and the brightest – even if your HQ doesn’t have a swimming pool.
2 min read

A thirst for art