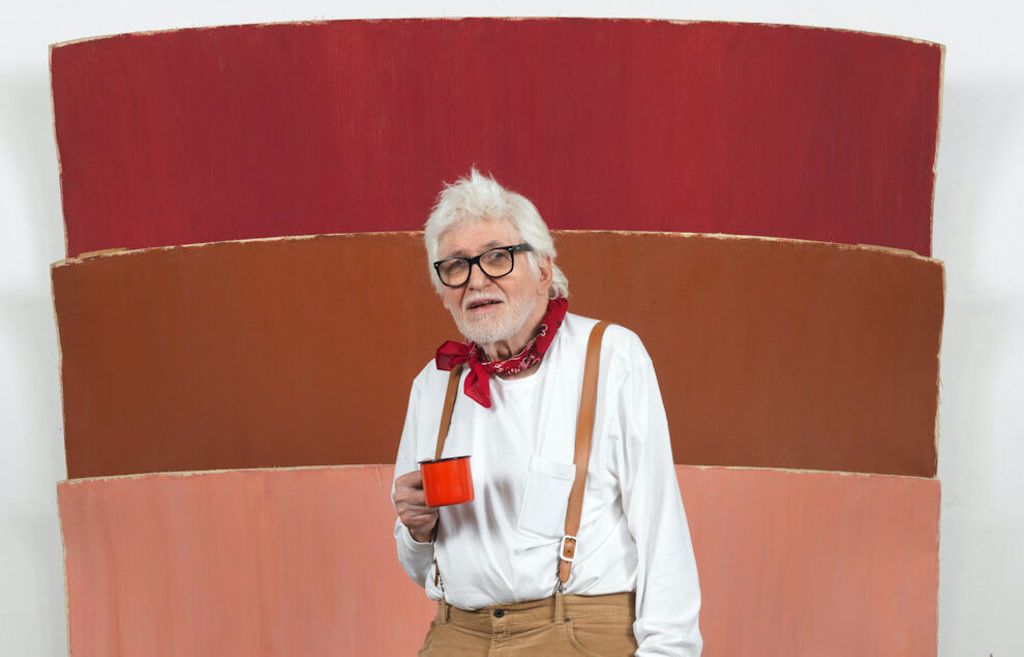 Avslutad
Utställning
SOLO UTSTÄLLNING
Ron Gorchov
Larsen Warner is extremely pleased to present an exhibition of recent works by the acclaimed American painter Ron Gorchov (b.1930, Chicago, d. 2020, New York) Comprising eleven works all executed between 2016 and 2020 the exhibition demonstrates Gorchov’s longstanding dedication both to painting itself, and to the pioneering painterly and structural forms that he evolved over the last six decades. This is the first exhibition of the artist’s work with the gallery, and sadly follows Gorchov’s recent passing this August at the age of 90 years old. Ron Gorchov first rose to prominence at the height of the New York School movement in the early 1960’s, counting Arshile Gorky and Willem de Kooning among his friends and colleagues. Gorchov was included in several successful solo and group exhibitions between 1960 and 1966, including Rooms the now famous group exhibition that inaugurated PS 1 Contemporary Art Center, NY. During this time Gorchov experimented with his first structured works that began to reject the rectangular format of the conventional canvas. Gorchov stated in 2011; “I wanted to change the context of painting because I opposed the ad-hoc acceptance of the rectangle, wanting a more intentional form that would create a new kind of visual space.” Initially creating a bowed form by dipping wire into plastic liquids, Gorchov soon created his first concave supports, the earliest of which he produced in Mark Rothko’s former studio. This acted as the catalyst for Gorchov’s early development of an alternative to the formalism of the time, most famously championed by the art critic Clement Greenberg. Gorchov’s work re-emerged in the mid-1970s within the context of post-Minimal art, where he first presented the distinctive saddle paintings for which he has come to be celebrated. Gorchov’s primary invention consists of finely fitted wooden frames resembling saddles or shields. Curved in from top to bottom and out from side to side, Gorchov stretches linen that has been cut to meet the front edge of the support in order to emphasise that structure’s materiality and weight. This acts in contrast to the thinness of the fabric, over which ever thinner washes and layers of pigment and paint are gradually built up. Gorchov’s biomorphic abstractions effortlessly play with symmetry and asymmetry, with the warped edges of the canvases creating new dimensions and depth, disorienting the perception of the audience. Gorchov’s paintings are typified by a virtuosic lightness of touch, eccentricity of form, and radiance of colour, ranging from rich, saturated hues that dissolve in veils of turpentine to mesmerising matte pastel tones that inhabit the paintings surface; “Paint drips. It’s one of the things paint does. I want other painters to be able to see what I did to make the painting. Nothing hidden.” Among his colleagues who pioneered painting towards three dimensions, including Frank Stella, Richard Tuttle, Ellsworth Kelly and Elizabeth Murray, Gorchov’s unflinching approach to the medium has produced a sophisticated and ever developing body of work that marks him out as one of the most important and pioneering painters of the last 60 years. While developing this exhibition with the artist, Gorchov’s passion and energy for life and his work shone through. The whole team at Larsen Warner feel extremely privileged to be able to present an exhibition that not only acts as a celebration of his pioneering work, but now also a celebration of his extraordinary artistic life; an exhibition dedicated to both Ron Gorchov the man and artist. Ron Gorchov’s work has been the subject of recent solo exhibitions at Cheim & Read, New York (2019); Modern Art, London (2019); Maruani Mercier, Brussels (2019); Galerie Max Hetzler, Berlin (2018); Vito Schnabel Gallery, St. Moritz (2016); Contemporary Art Museum, St. Louis (2014); Centro Atlántico de Arte Modern, Las Palmas de Gran Canaria (2011); and MoMA PS1, New York (2006). Gorchov’s paintings are held by major museum collections including The Metropolitan Museum of Art, New York; Museum of Modern Art, New York; The Art Institute of Chicago; Everson Museum of Art, Syracuse; Milwaukee Art Museum; Nelson-Atkins Museum of Art, Kansas City; Yale University Art Gallery, New Haven. The exhibition is presented in cooperation with Cheim & Read, New York.