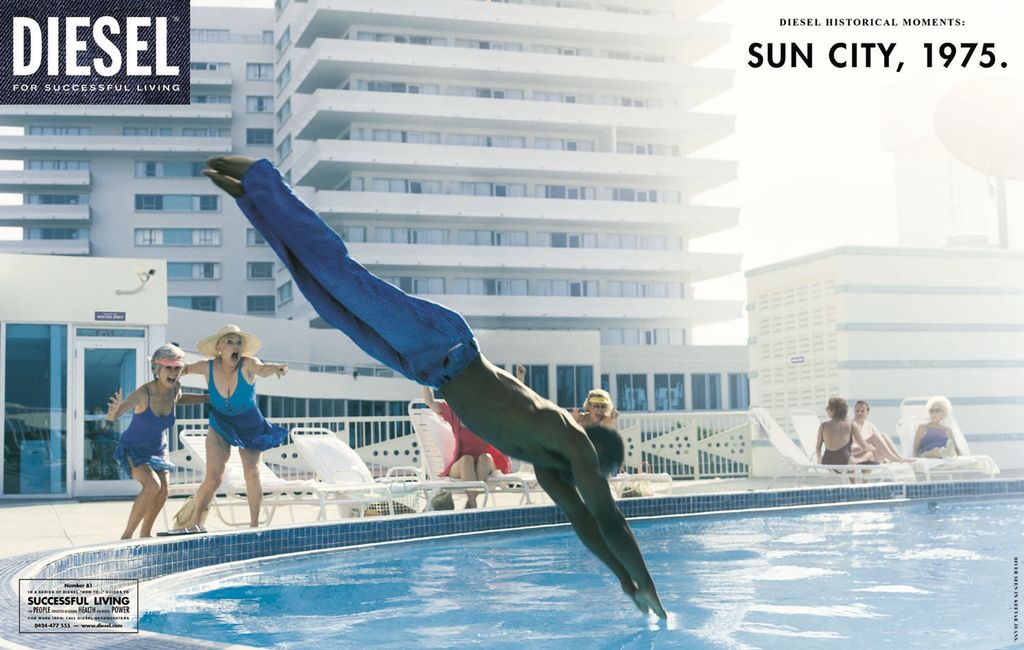 Avslutad
Utställning
FINALLY IT ALL MAKES SENSE
1 konstverk till salu
This exhibition presents the highlights of the Diesel campaigns over the years. Some of which campaigns have become iconic. David LaChapelle, Ellen von Unwerth, Andrew McPhearson and Pierre Winther have all photographed for Diesel. One of the photographs that LaChapelle often singles out from his vast production, the kissing sailors in front of an American submarine, is from a Diesel commission based on one of Jocke Jonason’s ideas. A new generation of Swedish photographers were also given an opportunity to make their mark on the international stage: Peter Gherke, Henrik Halvarsson, Magnus Mårding, Calle Stoltz and Jörgen Lööf greatly contributed to the success. Also the films by directors such as Jörgen Lööf, Johan Camitz and Traktor/Ulf Johansson had a tremendous impact and the first of many Grand Prix awards in Cannes was in the category film. A fun reason that the images seem so contemporary today has to do with body hair. Diesel had a predilection for employing an Argentine macho guy as model. The Paradiset team got tired of it. They wanted a more playful tone and put a false moustache and wig on him and – Voilá! – a most contemporary hipster, 20 years before everyone else!