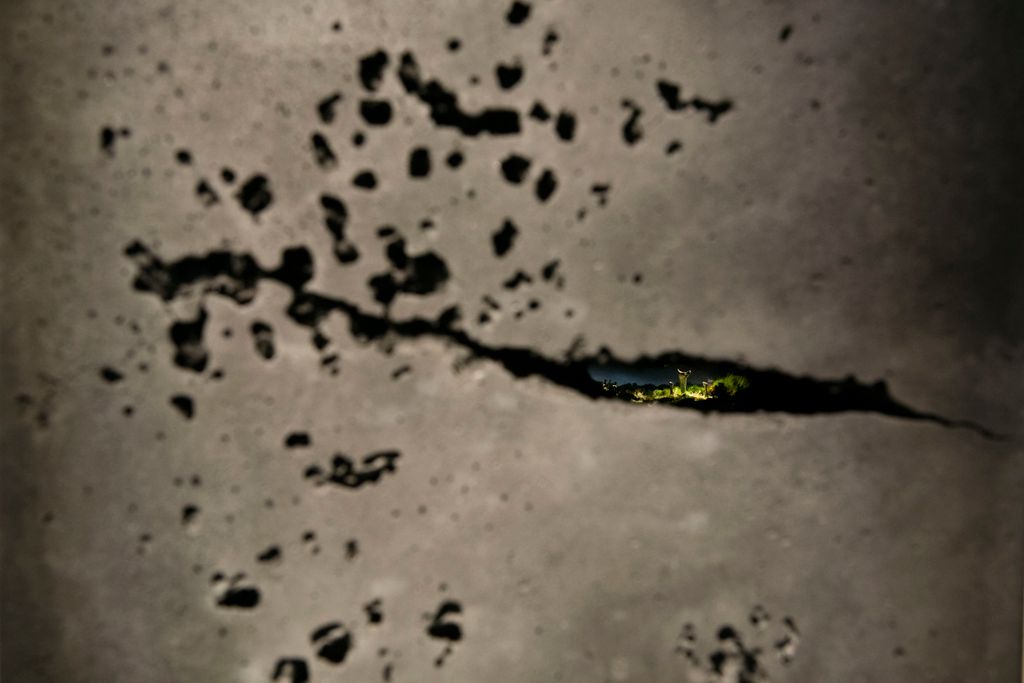 Avslutad
Utställning
CONCEALED EXPANSE
2 konstverk till salu
Konst
Oscar Furbacken
Oh, these dark forest within us where giants slumber. That which we call the soul is just a wandering sun spot beneath the trees, a cut where the oblique light reaches. Werner Aspenström S.P.G is glad to present Oscar Furbacken’s third solo exhibition in all four rooms of the gallery. Concealed expanse accommodates new light phenomena, this time enhanced by a meditative sound track. Furbacken’s background as a landscape painter manifests itself, both within the moving images and in the sculptural creations. The artworks physically investigate the conditions of being, through augmented optical depth. Step by step, the viewer is lured into a world of nooks and crannies, accompanied by a strange light that always seems to find its way in the dark. Fractals are often used to scientifically map out patterns in different scales and to decipher the complexity of the universe. But chaos theory has taught us that even the most advanced mathematical formulas, ultimately falls short in describing and predicting the whims of nature, this is called the butterfly effect. The photo-based installation Conciliatory Gate embarks this elusive task through a myriad of lichens, signs and light sensations. Furbacken makes evident that time leaves its mark even in the firmest of materials. Concrete objects are riddled with cracks and holes, it’s almost as if something takes brace and wants to jolt itself out. The inner intricate details and illusionary depth amount to an internal intensity also resurfaced in the moving images. Beginning in the heart of contemporary Rome, the video work Close Studies III brings us on an existential trip through the city’s overlooked microcosmos. It was made possible in co-operation with sound-designer Robin af Ekstam and thanks to the Nisse Zetterberg and Marta Larsson Rome-grant provided by the Royal Art Academy.