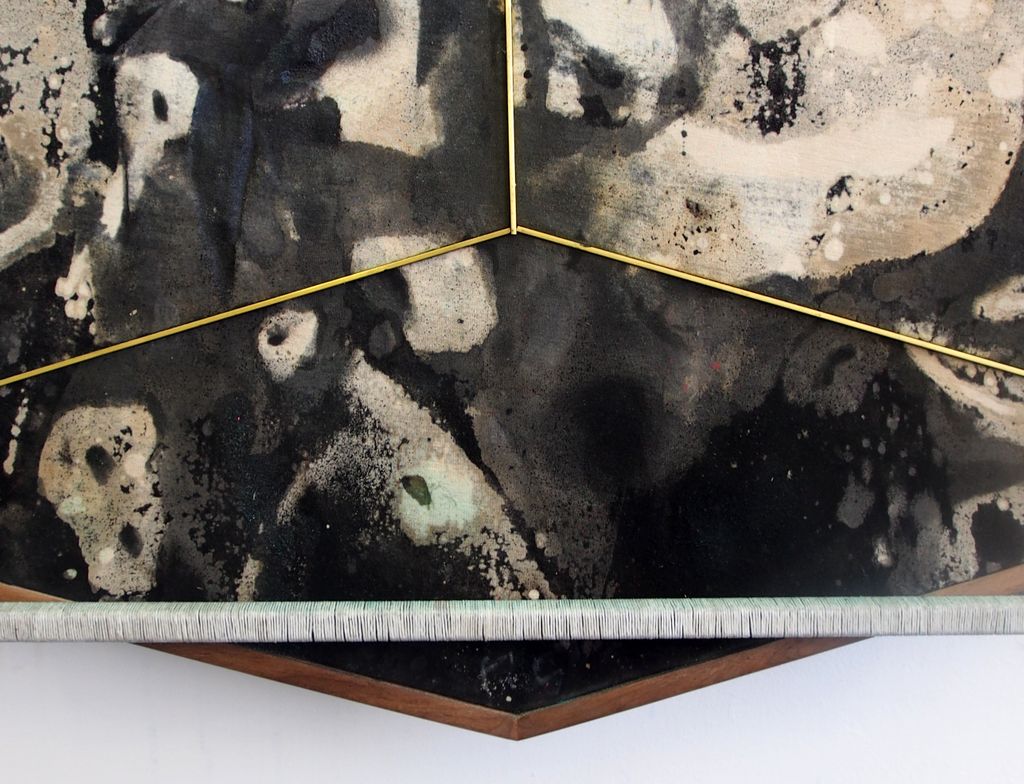 Avslutad
Utställning
A VENOMOUS SNAKE SHEDS ITS SKIN
3 konstverk till salu
Konst
Hans Egede Scherer
Through wall-based sculptures scrupulously assembled from ordinary objects and meticulously created collages, the Swedish contemporary artist Hans Egede Scherer reflects on his search for understanding socially transmitted norms and structures, such as culture, language and traditions. Utilising materials that are often charged with information, history and symbolism, the artist forms multiple levels of new references and associations. The information found in books, maps or advertisements is altered or transformed into artworks expressing new forms and functions. The tangible qualities of the materials are equally significant to Scherer's artistic practice. Bearing symbolic relevance, they are used to articulate the conceptualisation and the feelings the artist wishes to communicate. Scherer's materially diverse artistic practice allows him to work simultaneously on a number of compositions. Primarily concentrating on sculpture, the artist also employs collage technique and painting to convey his artistic ideas. In 2018 Scherer began to produce the pigment which became his hallmark. By soaking brass sheets in vinegar for months until the vinegar evaporated and small crystals formed, the artist carefully scraped off and filtered the crystals into a fine turquoise coloured pigment. This self-produced pigment is bestowed on many of Scherer's artworks. One aspect of Scherer's artistic practice that is unchanging is the time consuming creative process. Immersing himself in a meditative-like state in the studio, the artist visualises, defines and realises his ideas. The physical deconstruction of materials, followed by the creation of new formations, gives birth to new objects that suggest alternative ways of interpreting socially transmitted patterns and structures. Scherer was born in 1975 in Helsingborg, Sweden. He lives and works in Malmö, Sweden, and Trondheim, Norway. Scherer earned his BA and MFA from Malmö Art Academy in 2005-2010. His art has been displayed in Sweden and internationally and is represented in public and private collections. Check out five new artworks by the Swedish artist Hans Egede Scherer on www.cggallery.se