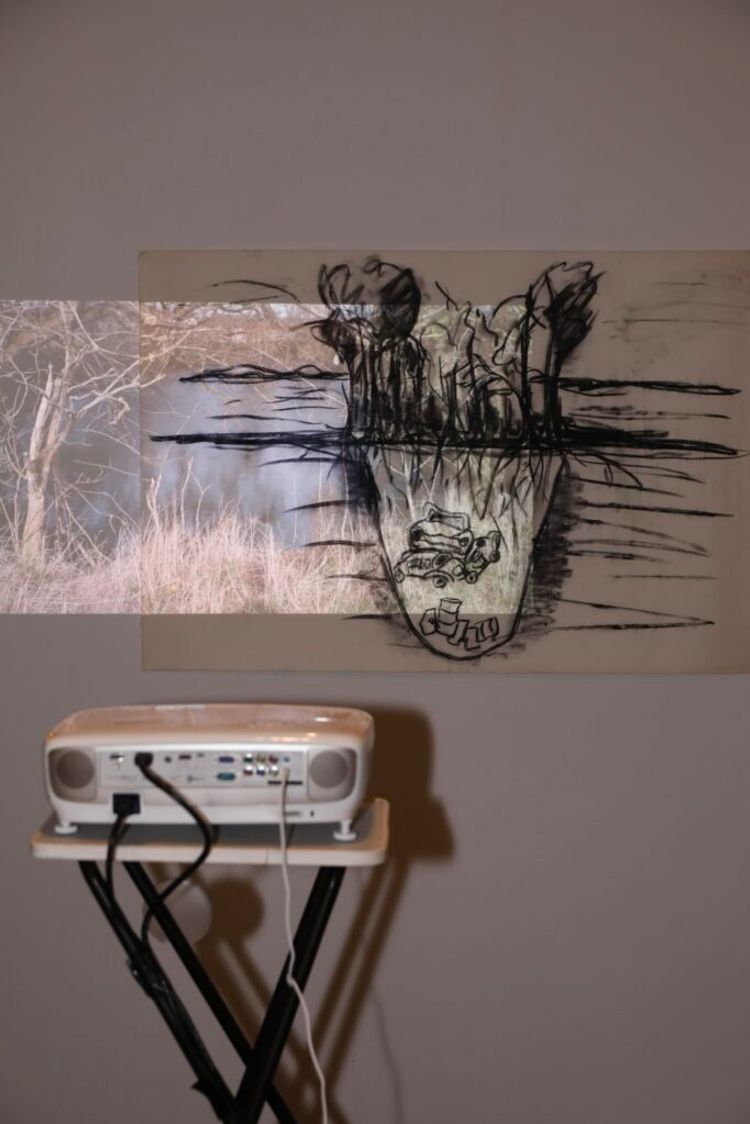 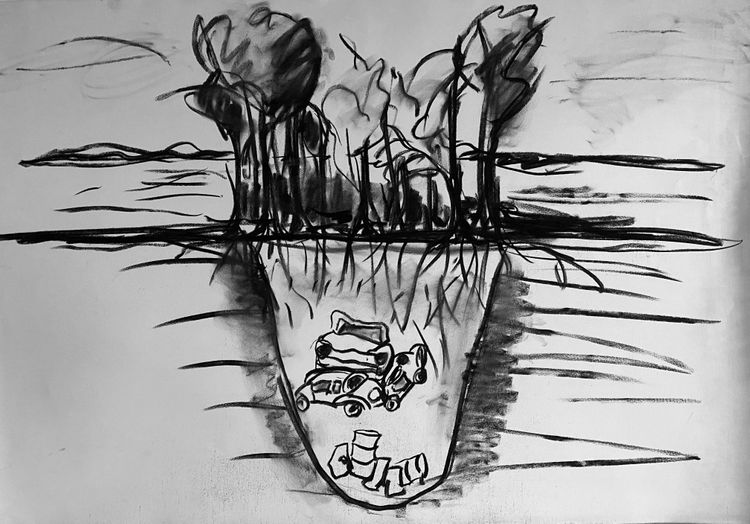 Subtopian landscape – environment | biocide | dumpmixed media, charcoal drawing, video animation, soundThis work circles around environment, biocide and dump using the metaphor of marl pits.In my childhood’s landscape I visited a marl pit that was used as a dump and which gave a strong visual impression.Later on, I started to work with marl pits as a concept of what is hidden from our perceptions but still have an impact on the environment.I found out that in Härslöv, a village close to my childhood home, a marl pit was used as a dump for scrap cars among other things. Beyond that, four and a half sacks of the very toxic insecticide Dichlorodiphenyltrichloroethane, commonly known as DDT, is suspected to have been dumped in the marl pit.In Silent Spring, Rachel Carson makes an important distinction between insecticide and biocide which also makes a radical distinction between an anthropocentric vs. an ecocentric perspective.Christel Lundberg