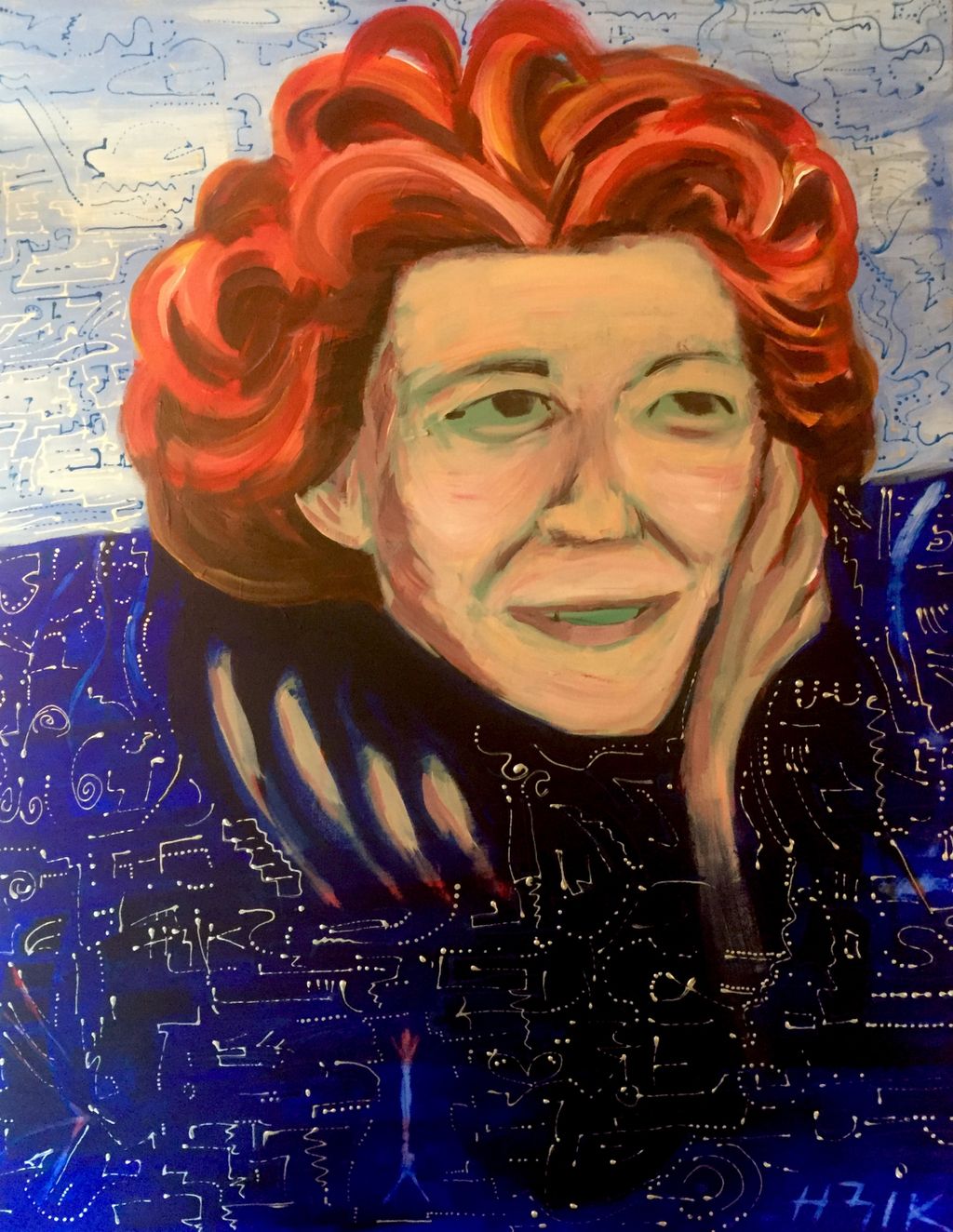 Hrik’s 3rd acrylic exploration into the intuitive arts, this piece started out as an uncanny portrait of Hrik’s daughter Mia, but he soon discovered the visage of his grandmother, Beth, who's loving nickname was “Gull-Gull”. Being the original creative DNA of both Hrik and his father, it’s needless to say how much she’s meant in Hrik’s life. A lover of nature, children and a good laugh and not taking yourself too seriously, Gull-Gull was a major formative figure for Hrik.-Oh, Gull-Gull. This was my paternal grandmother, whose real name was Beth (but pronounced “Bet” in Swedish). We had a very, very close relationship. She really had a “childish” side, and was always up for adventures, so we had a tonne of fun when I was a kid. She was the first of my grandparents to pass away (lung cancer, after a life of smoking no-filter cigarettes), but she’s stayed with me one way or another ever since then. My first ever apartment I had after moving out of my parents’ was Gull-Gull and granddad Carl’s place in eastern Gothenburg, Sweden. I lived there for about 10 years, and I felt her presence almost every day. Weirdly, I’ve only recently realised that she was also the creative influence for my dad, back when he was a kid.This painting first started as a blindfolded experiment. Then I saw a face. A kind of weird shaped, but happy face. I had no idea who it was, or how to proceed with it.Then - as it often happens to me - late one evening, I saw it! Or rather, I sensed it! My grandmother, Gull-Gull was there, somehow. So then of course I had to repaint the face. Traces of the original can still be found in the final version, such as the position of the right eye, and the end of the jaw line. Also the hands are still the same very rough and stylized versions that I had in the original.After Gull-Gull’s portrait was finished, I added all the silver deco around her, and there are quite a few “hidden surprises there”, such as a stick figure of young-boy-Hrik, breasts, signatures etc etc. And a lot to invite you to do your own interpretations!This pierce comes unframed, on stretched canvas, and that is how it’s sold and shipped.If you are interested in acquiring Gull-Gull, I’m happy to supply additional pics (including of the early stages progress), and answer any questions.