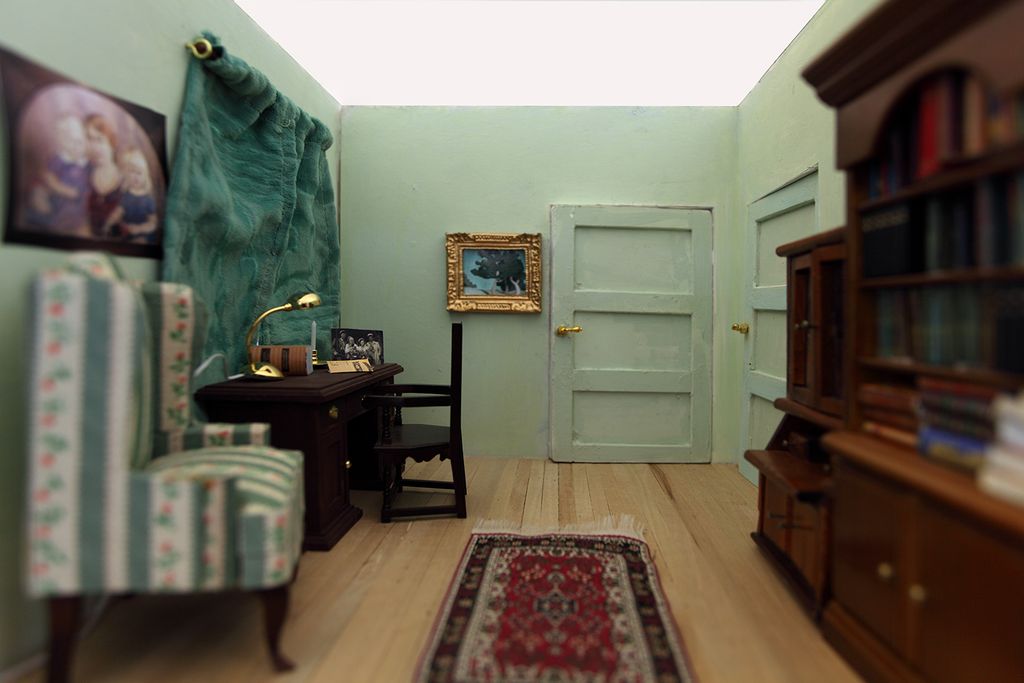 These works I present here, pictures from the serie ”The model”, is a part of a bigger work which also contains a documentary film about my grandmother and two aunts which life ended in a very dramatic way. For the film, called ”Grandmother Ruth and her daughters” (2014) I built a doll house as a part of the stage design, the model was a copy of the house where my father and his family grew up. I made the interior which combine how it really looked like but also just what I in my own fantasy remembered. When you look at the photos at the first sight you imagine interior pictures from a house, but soon you can imagine that it’s something which isn’t correct, the glasses are to big, the bed looks a bit clumsy, the cakes aren’t eatable…