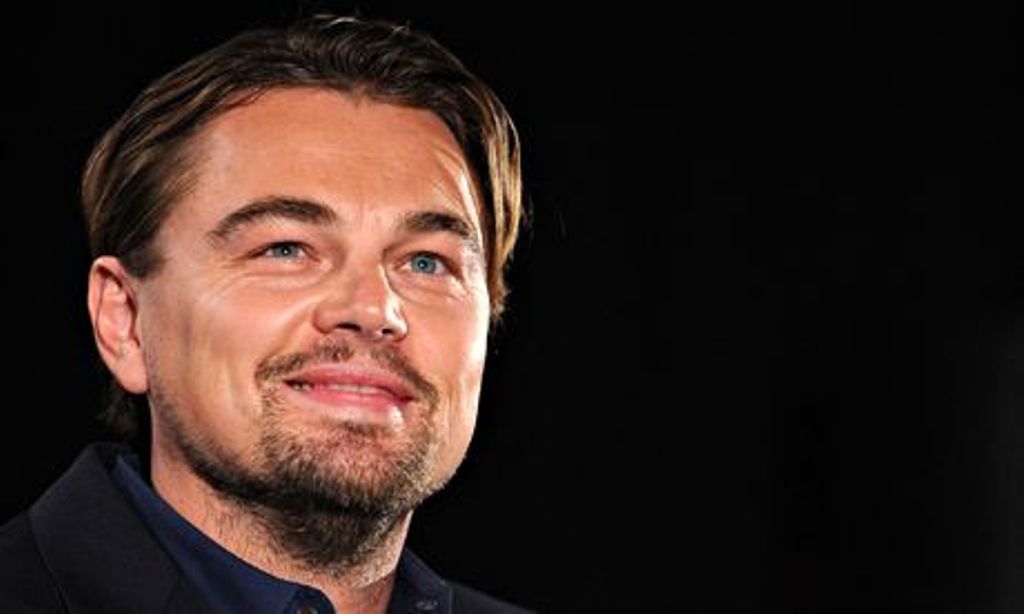 FRIEZE NEW YORK HEATS UP THE ARTS AND BUSINESS WORLD

Closing today to end its third year residency on Randall’s Island Park, the art fair is drawing crowds and brewing influence from the wider arts and business circles

In its short history it seems to have already shaken off ‘newcomer’ status, hot on the heels of its older sister in London and basking in the slipstream.

It goes to show how relevant branding is in the art world, just as much as it is in any other industry. And whilst big name celebrities like film star Leonardo DiCaprio and fashion designer Marc Jacobs from the wider arts community are sharing the love, major businesses and brands are still few and far between.

DiCaprio was even included on Jason Farago’s list in the Guardian of the most powerful people in the art world, alongside Jay Z and actor Steve Martin. The business world was represented by Dakis Joannou, Victor Pinchuk, Francois Pinault, and controversial financier Daniel Loeb who continues to ruffle feathers as the latest addition to Sotheby’s board.

The rest of the list are more seasoned art world regulars. Hopefully the full list, below, will serve as inspiration for more business people to swat up on and look even further to other arts genres as well and get involved. See also our influence list of arts and business leaders across the Nordic countries.

The greatest painter alive, and the most fastidious: his Cologne studio is spotless, every brush and squeegee clean. His diaries are a hoot too: “Art is wretched, cynical, stupid, helpless, confusing … worse than insanity”

The most famous artist since Warhol, and a true polymath: sculptor, architect, digital pioneer, questionable heavy metal musician. Remains under surveillance in China and still has no passport since his arrest and detention in 2011

Cloyingly earnest, unfailingly polite and richer than you’ll ever be.Preparing a monster New York retrospective, stretching from his suspended basketballs to the latest billionaire baubles. No discounts!

Conceptualist whose three decades of staged self-portraits – as a clown,as an heiress, as a Renaissance Madonna – transformed the reception of photography in museums and the market. Press-shy, but very generous with other artists: she even curated a subsection of last year’s Venice Biennale

Like any shark, he has to keep moving to breathe. Never the priciest artist (that diamond skull apart), but makes up for it on volume. Currently worth an estimated £215m

If some kid’s art looks innovative today, it’s safe to assume Genzken did it 20 years ago. Finally enjoying massive success after years as an “artists’ artist”. Ex-wife of Richter, with whom she collaborated in the 1980s

Devastatingly handsome Yalie, baby-daddy to Björk, and the only heterosexual to spend a decade making art about muscles that raise and lower the testicles. His latest epic film opens with Barney getting reamed by a gilded phallus, and there’s six hours more where that came from

Sister of the emir of Qatar and, at 30, the most powerful collector of them all. Happy to overpay (more than $250m for a Cézanne, say) to get the best

The philanthropic queen of New York: former president of MoMA, current chairman of the board at its spunky kid sister PS1. “Aggie”, as she’s known to all, is the woman you go to when you need serious cash for serious programming

In one video he rapped in front of a Takashi Murakami painting and a sculpture of Tim Noble and Sue Webster (featuring a flashing dollar sign). His Picasso Baby, filmed in Pace Gallery and featuring too many curators and artists to count, was not the art world’s finest seven minutes

Though his net worth is slipping (he’s no longer a billionaire), Brant bought his first Warhol in college and remains an art market force: he just sold a Koons balloon dog for $58.4m. Husband to model Stephanie Seymour, father of teen Instagram superstars Peter Jr and Harry

Greek Cypriot industrialist whose Deste Foundation, in Athens, showcases one of the largest collections of contemporary art anywhere. Floats about the Mediterranean on a Jeff Koons-designed superyacht with the apt name Guilty

Girlfriend of Roman Abramovich, founder of Moscow’s Garage Centre, partner in shaky digital startup Artsy – and in hot water since she posed on a Bjarne Melgaard-designed chair in the form of a nude black woman

The Israeli-Colombian megacollector is in a league of his own: no one else owns more than 800 Warhols. He and his sons David and Alberto do not just dominate the market for Andy’s work – they are the market

Los Angeles’s unrivalled collector-in-chief – at once the Maecenas of LA’s museums and a thorn in their side. Later this year he opens his own Broad Contemporary Art Museum, with nearly 2,000 works in the collection

More and more visible on the art circuit – there he is in Venice! Here he is in Basel, kibitzing with Zwirner! Held a sale at Christie’s that raised $38.8m for an environmental charity; one lot, an Elizabeth Peyton painting of DiCaprio himself, fetched $1m

Ukraine’s second-richest man, a steel magnate, founded an arts centre in Kiev and endowed one of the dearest prizes for young artists. Used to buy nearly exclusively from White Cube (he owns some truly awful Hirsts); now branching out to China

Not just a serious collector of painters from Edward Hopper to Lucian Freud and Cindy Sherman, but the actor doubles as a satirist of the art world: his novel An Object of Beauty skewered dealers who act like Wall Street wheeler-dealers. Victim of a major art fraud when sold a fake German expressionist painting

The superdealer with more than a dozen galleries worldwide may have hit a sticky patch, with lawsuits from collectors and Damien Hirst’s defection, but never count Gogo out. He has just opened two new spaces in New York

Grande dame of uptown New York and longtime dealer of Gerhard Richter. Soon to open a London outpost designed by David Adjaye, though she insists: “We’re not out to conquer the universe like some of the men”

The Swiss dealer may be the art world’s most powerful tastemaker: no biennial is complete without some big, messy northern European sculpture from the Hauser & Wirth stable. After last year’s massive new space in New York, he’s now opening an even larger one in rural Somerset

British bearded ex-bad boy, self-described misanthrope, and erstwhile proprietor of Passerby, New York’s much-missed 90s art-world nightclub. The man who proved you can make it big in the art world without selling out

His gallery White Cube, which made the careers of Damien Hirst andTracey Emin, left Hoxton Square first for Mayfair and Bermondsey, then for Hong Kong and São Paulo. Yes, he dated Lily Allen, but let’s not make a fuss

The impish dealer with a taste for pop has put Paris back on the map after years in the shadow of London and Berlin. Reliably throws the best parties in Basel and Miami

London legend who hasn’t lost her punky edge since opening a massive first-floor space off Carnaby Street. Sarah Lucas, who’s been showing with Coles for two decades, is representing the UK in Venice next year

Unlike so many dealers of her scale, Gladstone knows her art history – she used to be a university professor. Gave Matthew Barney his first show at 24; he’s stuck with her ever since. Now operating in Brussels too

Proprietor of Lisson, founded nearly 50 years ago and based in London’s decidedly unhip Edgware Road – though now there’s a Milan outpost as well. Longtime dealer of Anish Kapoor, who Logsdail has exhibited more than a dozen times since 1982. And his uncle was Roald Dahl!

Convivial gallerist, Austrian-born and Zurich-based, who always seems to deliver every fair’s “museum-quality” booth, usually with something eye-catching by her Swiss buddy Ugo Rondinone. Used to partner with Hauser & Wirth in the 90s

Owner of Standard Oslo, the top gallery in the little oil-soaked Norwegian capital that now hosts Europe’s most exhilarating art scene. His artists are so in demand that American collectors fly to Norway to see sold-out shows, just to curry favour for next time

Two Cologne dealers who merged forces in 1998 and now work from a jewelbox in Mayfair and a behemoth of a space in Berlin. Their roster includes both the heavyweights of German photography and some of the best women in art, from Cindy Sherman to Rosemarie Trockel

His Modern Institute, with four Turner prize winners on the roster, is very probably the best gallery in Britain. One of the essential players in Glasgow’s ongoing resurgence, Webster was an artist himself before dealing fellow Glasgow School of Art alumni

THE PRIVATE DEALERS AND AUCTION HOUSES

Financier and big-time collector whose hedge fund has a growing minority stake in Sotheby’s. Loeb is bullying the auction house to grow much more profitable, in part by cutting tougher deals with collectors like him

Self-made billionaire founder of Kering, the unfortunate new name of luxury conglomerate PPR – and owner of a majority share in Christie’s, the world’s largest auction house. One can forgive his cutthroat dealing in light of his Palazzo Grassi in Venice, which is as good as it gets for a private museum

Dapper German, once called “the James Bond of the art market,” who spent nearly two decades on the rostrum of Sotheby’s – only to be bounced last year. His next act remains unclear, but Meyer knows where the art world’s bodies are buried

French private dealer, ex-Christie’s, who used to sneak into art fairs before openings with the help of a Hollywood makeup artist. Was in deep with the Qataris a few years ago, though that relationship has faded