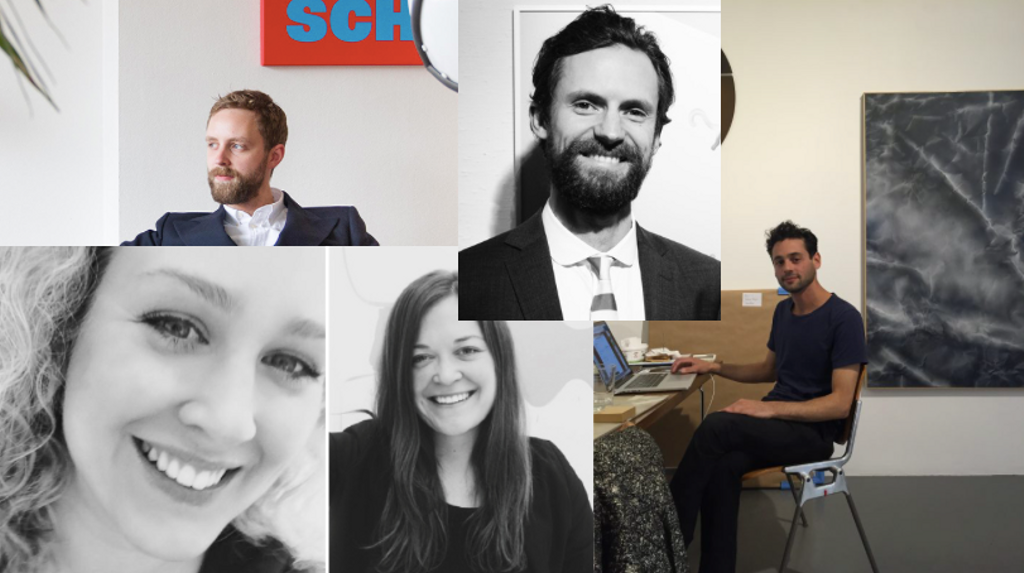 THE YOUNG AND FAMOUS: 4 GALLERY HOTSPOTS IN STOCKHOLM

We have gathered four of the leading gallery owners in Stockholm under the age of 40 and checking out what they currently have on display.

Anna Bohman and Elle Frie, both 36 years old, are the duo behind this crisp white cube gallery which has a high ceiling and huge windows facing the street on Karlavägen. With an excellent eye for upcoming talent, they work with a number of emerging artists like Amy Feldman, Oskar Hult, Ellisif Hals and now running, for the third time, an exhibition with popular Swedish artist Olof Inger and his show In Put Out Put that runs until 21 May.

In the same neighbourhood as Anna and Elle, we visit the newly opened Erik Nordenhake. The address is Lill-Jans Plan 6.

Only 24 years old, he entered the Stockholm art scene as one-half of the former gallery Belenius/Nordenhake. Today as a sole-agent, Erik has a programme that centers around emerging artists of international visibility. Last week, the gallery lent it space to the release of a clothing collaboration between fashion designer Nhu Duong and textile artist Karl Holmqvist. Next up is a solo exhibition with the Berlin-based artist Simon Mullan.

Erik Nordenhake's former business partner, 35-year-old Niklas Belenius, is born and raised with art around. A former skateboard pro and the son of the art dealer Kent Belenius, Niklas opened his first gallery at the age of 23. Few could resist referring to his young age and to his family roots. A decade later, it is clear to everyone he is in the business on the basis of his own strengths and in it for the long run.

From January 2017, Niklas runs solo on Ulrikagatan where it all started. Niklas represents many of Sweden's most desirable artists today, including Miriam Bäckström and Julia Peirone who are both represented in an ongoing group show at the Museum of Modern Art in Stockholm. At the gallery though, we are met by an equally distinguished exhibition with the London-based artist duo Revital Cohen & Tuur van Balen. They work across objects, installation, film and photography.

To end the week's art walk, we visit the artist, curator and gallery owner Oscar Carlson. Osar arrived at Tavastgatan on Södermalm in March this year. With his former floating gallery, Issues, whose previous exhibitions span from Media Markt to Grand Hotell, he is now hoping for a more permanent view in his current setting.

Oscar opened with a handful of young, very promising, artists and is next looking to do a solo exhibition with the 29-year-old Ukrainian artist Olga Pedan. The exhibition does not open until June so very little info to tell. But don't let that keep you at distance. Oscar is normally around, very friendly and usually has a lot of exciting work to show behind his curtains.