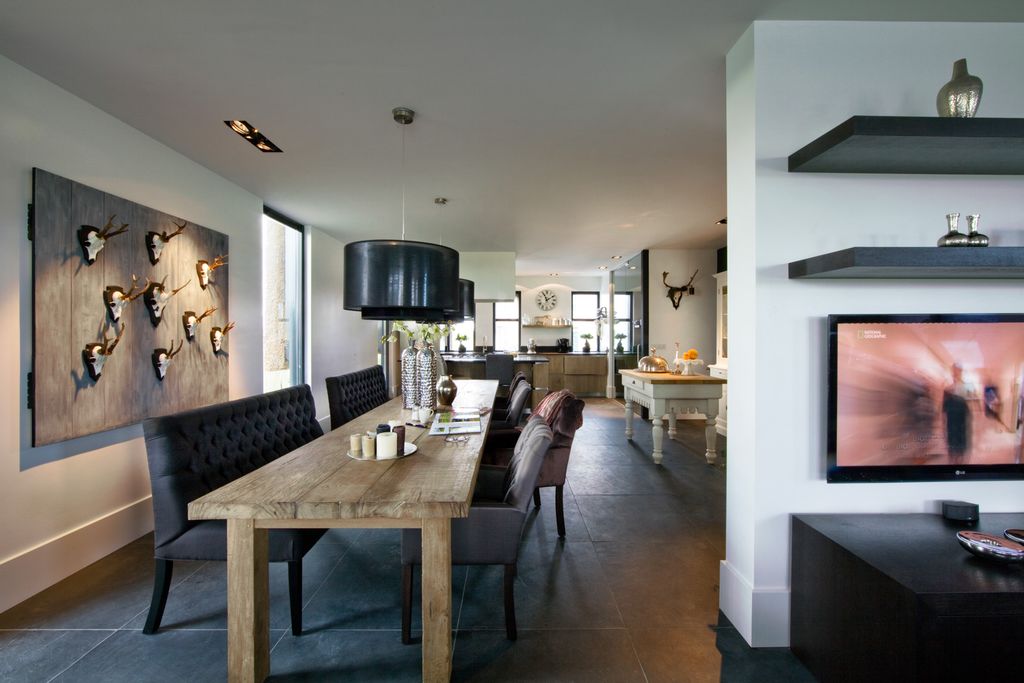 LIVING IN A MATERIAL WORLD

A recently unveiled proposal to build the world’s tallest timber skyscraper in Stockholm has brought into fine focus the choice of materials used in our built environment.

Industry has become so adept at engineering and synthesising new materials which satisfy our most demanding needs that, perhaps in the name of “progress”, many architects rarely look back at the natural materials we have relied upon historically and the inherent properties they were originally used for.

Concrete represents more than five times the carbon footprint of the airline industryHowever, increasingly, we are seeing examples of a return to more traditional, vernacular and natural construction materials, highlighting that, within the context of increasing population densities, climate change and the dwindling non-renewable natural resources of the modern developed world, the new materials we have designed, to improve upon our traditional building materials and construction techniques, have as many disadvantages as the materials we set out to replace.These projects demonstrate how once prevalent materials, now considered unconventional, can be engineered, better implemented or combined with modern technologies to compete directly with and, in many cases, even outperform the man-made materials designed to supersede them, such as concrete and steel.

Thatching, for example, has not only seen a resurgence in use on domestic dwellings in the UK, but has also been used by architects for small and large-scale buildings around the world, from the Netherlands to Indonesia. Projects by Wingårdhs of Sweden and Dutch architect Arjen Raes extend the use of thatch beyond the roof to cover their buildings almost entirely in a dense coat of reeds.

When well maintained, the performance of thatch compares very favourably with modern alternatives. It is a highly effective waterproof layer and can do away with the need for guttering and pipes to redirect rainwater. The straw or reeds used are rapidly renewable, absorb carbon dioxide as they grow, require no processing, and provide excellent insulation from both sound and temperature. They can often be sourced locally to a project in many areas of the world and at the end of their life can simply be composted.

In a similar vein, architects Vandkunsten looked to locally available materials and building traditions when designing a holiday house on the Danish island of Læsø, a preservation project initiated by non-profit organisation Realdania Byg. For many centuries, trees in the area were very scarce, but seaweed was abundant. As a result, houses were traditionally clad in seaweed, which provided excellent insulation and protection from the elements. But now only tens of the hundreds of original seaweed houses remain.

Vandkunsten covered the façade and roof with locally harvested seaweed and also crammed it between the walls and under the floor. The result is low-cost, high-performing, long-lasting, fire-proof, highly sustainable cladding, and a building that has a unique modern aesthetic with a direct link to the history and cultural traditions of the island.

The use of vernacular materials is not just limited to cladding and insulation. Bamboo is a very rapidly renewable natural material, growing up to a metre each day. It has increasingly been adopted by architects for interior applications, including Rogers Stirk Harbour + Partners’ Madrid Barajas Airport, in the form of standardised panels, boards, veneers and blocks, comparable to commonly available timber formats. But its flexible use as a structural element, exploited in Asia for many years, has largely been overlooked.

For an open-air cafe in Vietnam, Vo Trong Nghia Architects designed conical bamboo columns, referencing typical Vietnamese fishing baskets, to support the roof. The structures were constructed using traditional techniques; joints made of tied rattan and bamboo nails and bamboo fixings rather than steel, all of which are most suitable to optimise the qualities of the material and design.

Winner of this year’s Foster + Partners Prize, architecture graduate John Naylor proposes the introduction of bamboo construction to Haiti as a solution to the poor construction practices, heavily reliant on concrete due to extensive deforestation that lead to many deaths and destruction in the devastating earthquake of 2010. The proposal makes use of bamboo’s construction properties to build low-tech, easy-to-construct, resilient housing, but what is perhaps most insightful is the recognition of the need for a sustainable local bamboo-growing infrastructure and how it could be achieved.

The 34-storey timber skyscraper proposal, by Scandinavian architectural practice C. F. Møller, is the most ambitious example, building upon a generally growing trend, of adopting structural timber for larger buildings, and progress made by others, including Waugh Thistleton Architects’ nine-storey Stadthaus in London and Michael Green’s in-depth feasibility study, The Case for Tall Wood Buildings.

But beyond these extremes of architectural endeavour and scale, the disadvantages of these materials become more readily evident. Concrete and steel are extremely energy intensive to produce, possessing very high values of embodied carbon and energy, two of the most quantifiable measures of a material’s sustainability. Concrete production also accounts for around 5 per cent of world carbon dioxide emissions (the principal greenhouse gas) and, when we take into account its transportation, concrete represents more than five times the carbon footprint of the airline industry as a whole.

Timber, on the other hand, removes carbon dioxide from the atmosphere as it grows and stores it within. A forest then is like a carbon reserve. When harvested, manufactured and used to construct a building, the accumulated carbon is locked inside. At the end of a timber building’s life, if the timber elements are incinerated or allowed to decompose, then all the carbon locked inside will be released into the atmosphere. We can reclaim energy from the timber by burning it, yet we will have only delayed our contribution to climate change. If, however, the timber components are reused or reappropriated, then the carbon remains sequestered.

In terms of performance, timber has a greater tensile strength in comparison to steel (twice as much on a strength-to-weight basis) and has a greater compressive resistance strength than concrete. As a result, engineered structural timber elements generally match, and in some cases exceed, the performance of reinforced concrete in regard to their strength-to-weight ratio. Timber has better acoustic properties, creating more pleasant interior environments and does not require additional finishing to its surface; in fact, it is more desirable in its natural state.

One of the most common misconceptions about wooden structures is that they are less resistant to fire, when engineered timber and large wood members are actually more fire resistant than both steel and concrete.

But the aspect most likely to hasten adoption of more large and tall timber buildings is the potential cost savings. In Michael Green’s feasibility report he presents that using suitable timber elements and construction techniques for a tall wooden building is roughly equivalent to the cost of using concrete and steel. If, however, timber construction becomes more widely adopted and our manufacturing and construction industries become better geared and integrated to address the benefits afforded, there is large scope for savings to be made.

For these “old-fashioned” materials to be welcomed and succeed, it is recognised there are many misconceptions, both public and in the property and construction industries, that must first be overcome.

More traditional material solutions, like the examples presented here, must be adopted for larger and more prestigious projects, and publicly praised for their quality of design and innovation. We must illustrate that the arguments for the readoption of these materials are not just economic or environmental, but that they also offer greater design merit and a richer cultural value than the homogenous glass, steel and concrete boxes that standardise the built environment across the globe.