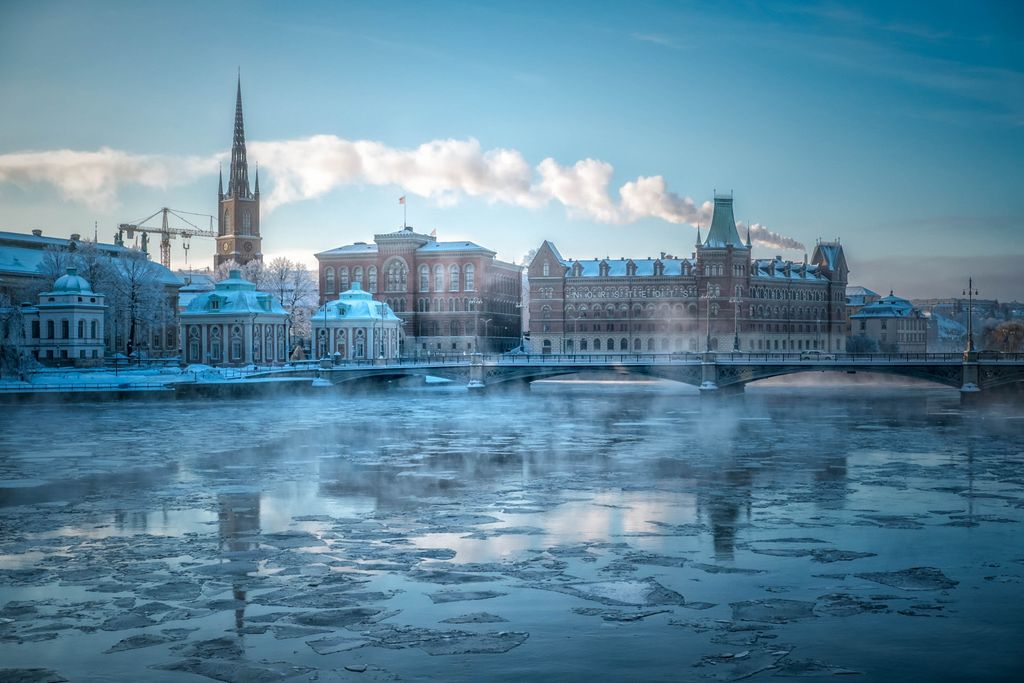 BACK TO THE FUTURE

When it comes to injecting the arts into public spaces, Lars Anders Johansson, editor at think tank Timbro, wants business to learn from the public sector’s mistakes

It’s an interesting paradox that many of the most popular and beautiful cultural sites were created long before modern public policy’s lofty ambitions to spread culture throughout society. Since the 1960s, policy in Sweden has been that 1 per cent of funds for public construction projects be designated for art and decoration. Many local governments apply this principle, including Stockholm, which sparked an intense debate about art purchases worth millions of kronor for the New Karolinska Hospital under construction in Solna.

Despite this, you only have to take a quick look at a public building from last century and one that was built after 1963 to realise there was more effort and resources put into design in the earlier era. This is true for non-public buildings as well. Anyone walking through Östermalm in Stockholm, which was built speculatively during the country’s golden age around the turn of the century, can only be struck by the magnificently ornate facades.

In Uppsala you can see the shifts in attitude by comparing the old mental hospital in Ulleråker and the newly built psychiatric unit. While the former is made up of sober, ornate buildings with mullioned windows and a bell tower, the latter is an angular complex of glass and steel, in black and grey. The building has already been criticised by psychological experts, noting that it could be frightening and alienating to patients.

Today’s unfortunate situation is a consequence of a number of parallel developments. There was an almost overnight change in Swedish architecture in 1930s from neo-classicism to modernism. There used to be the old principle that government buildings should be tantamount to works of art themselves. You could certainly argue that the early-modernist rigour in itself held aesthetic qualities.

This, however, cannot be said of the second wave of mass-manufactured modernist architecture that swept through Sweden from the late-20th century onwards and which culminated in the Million Programme. By that time, the houses were designed by engineers rather than architects, and quantity was rewarded over quality for both construction and aesthetics.

Another change was the development of the co-operative influence that characterised Swedish cultural policy from the 1930s onwards and that played a decisive role in public art purchases. Although public cultural policy focused strongly on stimulating and promoting artistic quality, in practice it ended up funding the careers of certain professional artists, and in other words served as a form of patronage.

It’s not uncommon for the Arts Council to be appointed to take responsibility for buying art from artist organisations. The consequence is that the selections reflect what is currently in fashion in artistic circles, but may be hopelessly dated a few years later. When artists’ organisations set the agenda, it’s easy for them to just support their own members, which doesn’t guarantee artistic quality. Anyone who has seen the art on the walls of an average county council will understand what I mean.

Many public places are now owned by private companies: shopping malls, airports and events arenas, for example. As our understanding of the impact of art and culture on wellbeing has increased, more and more businesses have shown interest in bringing the arts and culture to these spaces with moral, humanistic and commercial motivations.

These private-public spaces are usually owned by large corporations whose managements have similar structures to the public sector, especially companies with large, faceless shareholder ownership. The risk when these kinds of companies enter the domain of the arts and culture is that they repeat the same mistakes as the public sector made in the field of architecture, where private developers followed their predecessors and let the new generation of modernist architects set the agenda. Today, it’s the same architecture firms that design all large complexes, whether for private or public clients, resulting in a numbing regimentation.

One way for businesses to avoid this is for the arts to be integrated at the design stage. This requires both knowledge and self-confidence as well as strongly defined objectives. It’s probably easier in a company with bold individual owners or a family business.

Going back to before the modernist domination, there are plenty of examples of how ornate such as shopping malls can be, instead of the sterile industrial environments like those today. Galleria Vittorio Emanuele II in Milan is perhaps the prime example of this, but there are similar cases in Stockholm, such as Birger Jarlspassagen. The same principle could be applied to events venues and airports. The decoration shouldn’t be an afterthought; it can be integral to the design and make the building a work of art in itself.

The icy waters of Riddarfjärden in Stockholm

It’s not always possible to build from scratch, of course. Most often companies are lumped with existing buildings, and just want to improve the environment with elements of the arts and culture. In a co-operative country like Sweden, the most convenient way is to rely on the expertise of architectural firms and artists’ organisations, and then sit back. But for clients, in this case, passing on the responsibility can be counterproductive in the pursuit of artistic excellence.

However, it’s easy to confuse artistic quality and commercial success, but the commercial art world definition of quality is certainly a more reliable guide than the pure arbitrariness and nepotism that characterises the artists’ circles of businesses’s choosing. It would be interesting to let the arts commissioning for private-public spaces be entirely determined by economic considerations: the works that are purchased could be sold at a higher price within a decade and thus finance new purchases. In a longer-term perspective, the decoration of private-public spaces would contribute to supporting and developing budding artists while also maintaining focus on quality contemporary art.

There are several lessons to be learnt from the cultural boom that occurred in Sweden around the turn of the century, in a period when public commitments in the cultural sphere were extremely sparse. It was obvious both to individuals and businesses to decorate the environments they were building, whether shopping malls, property developments or industrial spaces. Through private donations, magnificent art collections built up like foundation-run institutions, such as Skansen and the Nordic Museum.

Businesses’s newly awakened interest in the arts and culture for private-public places could be the seed for a new cultural heyday, if only those responsible can avoid getting caught in any of the traps set for half a century by offensive public cultural policy.