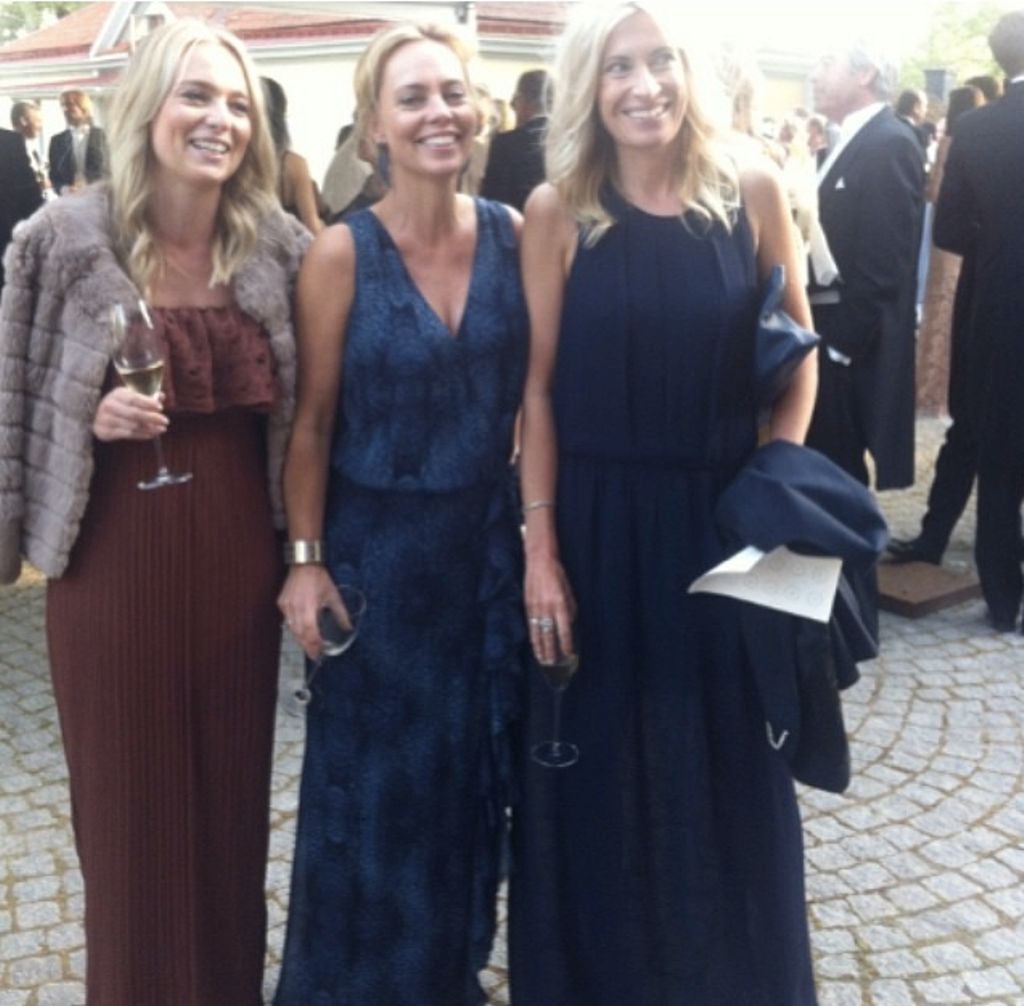 ARTS AND BUSINESS IS A FAMILY AFFAIR

Karin Söderlind is one of three founders of the fashion company House of Dagmar. Her two companions are also her sisters: Kristina Tjäder and Sofia Wallenstam.

Their collections represent an unconventional and sophisticated female style. But the brand-vision is even greater. “We want our clothes to give people self-confidence whether they are going to a business meeting or an exhibition with friends.”

Karin has a background in PR and marketing and is the CEO of the company. The various professional roles between the sisters were defined right from the start. As Karin had been working as a buyer for H&M for over eight years it was obvious for her to take her role. Middle sister Kristina, who was at the ESMOD design school in Paris, became the design chief, while younger sister Sofia, with a degree in economical design, took charge over the commercial side.

“We actually hired a communication expert, which was very helpful. It’s important to be able to communicate in a professional manner even when you are working with your family.”

Less than 10 years since launching the brand in 2005 they have already received several awards and their designs are known on an international level. Trends come and go and Dagmar never pays too much attention to other designers.

Instead, they focus on high quality, beautiful cuts and interesting collaborations. After being named “Rookie of the year” at Stockholm Fashion Week and later winning the prestigious “Guldknappen,” Dagmar’s knitwears were part of the fashion map for good. “In 2005 all Swedish designers worked in black so we felt we had to bring something new and started to work with colours, prints and patterns. At the same time knitwear became our signature and core business.”

Their style was inspired by their grandmother and muse, Dagmar, who always encouraged the three sisters to develop their interest for fabric. Sustainability with functionality for a social woman is the basis of the business plan. “The clothing has to survive over time, both practically and style wise. Owning a few high quality clothes is better than tons of bad ones.”

When the recession began in 2008 Dagmar had to make a choice either to shut down or invest. Luckily they decided to choose the latter. The result was that they could hire people and secure wages over a two-year period. The following year the business grew by 80%.

Karin, Kristina and Sofia are always thinking about how to develop their company in different directions. While wanting to create a strong and profitable company with their main products, the title “House of Dagmar” opens up the possibility to make other item besides clothes. “We often asks ourselves: Is there anything we can not do?”

Karin points at the office carpet, “Its Dagmar! And recently we developed a nail polish with the Berlin-based brand Ursu Airlines. There was not much money involved but we felt that it was a cool and interesting project.”

Another collaboration is with Swedish pop singer Elliphant. She is an ambassador for the brand.

The collections are influenced by the political climate. “A while a go the fashion industry was all about avant-garde and haute couture. Today, people want designed clothes fit for everyday use. Being commercial is more accepted, which we like, as long as it does not affect the artistic work,” Karin adds.

An artwork by artist Jesper Nyren

When it comes to inspiration Karin has an open mind, “It can be anything. Today we are very inspired by the art world. Our recently released pre-fall collection has influences from the Swedish artist Jesper Nyrén. We transformed impressions from his art to creative patterns.

So, what is the recipe for success? “The hard part is to meet market needs while staying artistic. There are probably no guidelines for it. We are slightly naïve, which I think you have to be as entrepreneurs. Fear can be a major obstacle. We are often asked what it’s like working with your sisters and obviously it varies, but mainly it is a great comfort. When I am away I know Kristina and Sofia have control.”