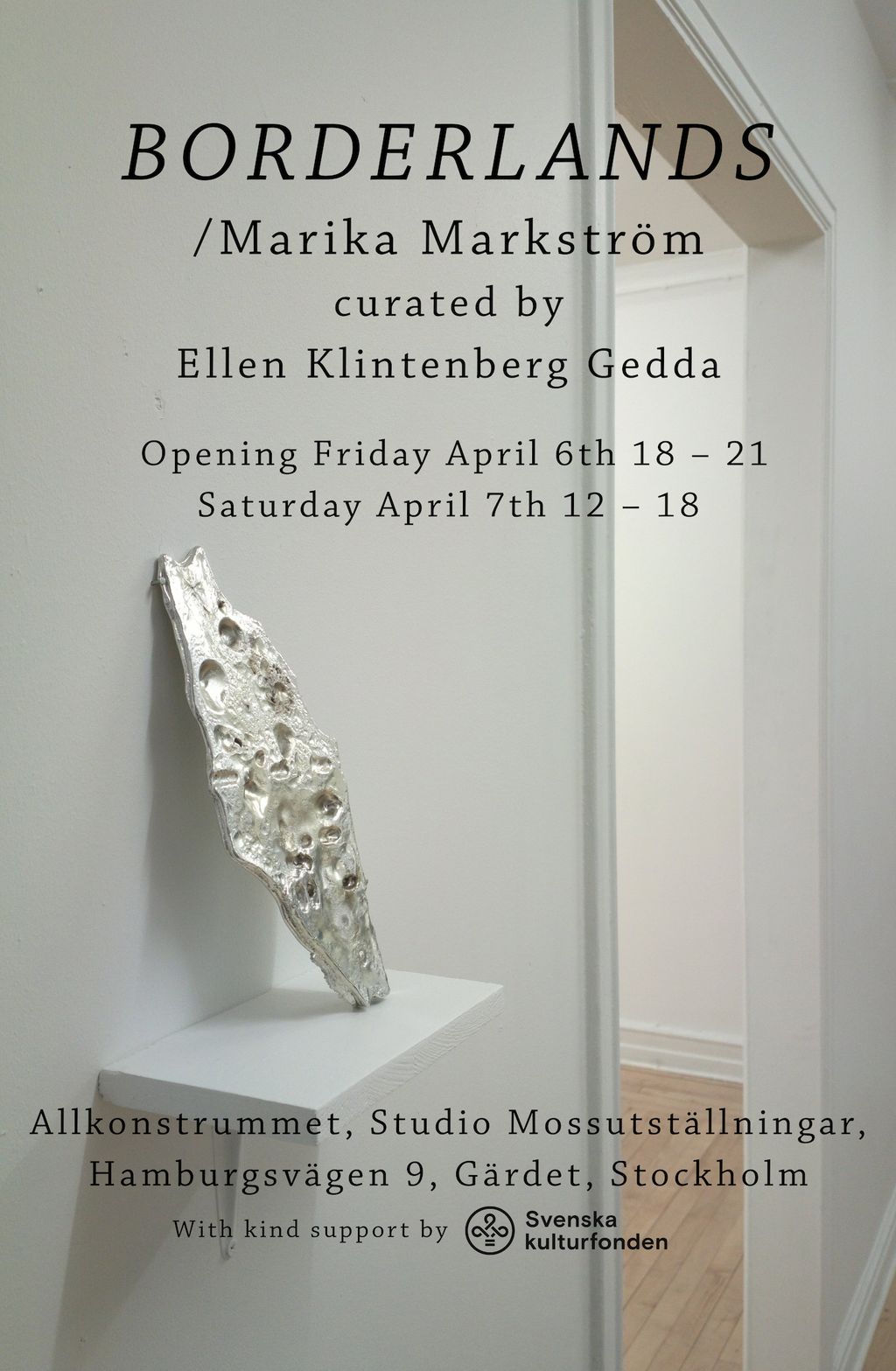 BORDERLANDS / Marika Markström curated by Ellen Klintenberg Gedda Allkonstrummet, Studio Mossutställningar Hamburgsvägen 9, Gärdet, Stockholm Opening Friday April 6th 18 – 21 Saturday April 7th 12 – 18 "Marika Markström was born in Mariehamn, Åland 1987. She lives and works in Stockholm. Since working on her Master’s project at Malmö Art Academy, Marika Markström has undertaken a conceptual context in which she is investigating themes such as ecology in its expanded sense (mental, social, environmental) and the Anthropocene, based on her interest in the human psyche. Through this work her attention has come to target industrial areas in the outskirts of cities. Such places can be thought of as a kind of borderlands of civilization and they have, as well as other intersections between urban and rural, become a point of departure in Marika Markström’s work. Particular emphasis is placed on the broken and undefinable fragments found in such places – parts from industrial items that were originally manufactured in the most resistant of materials, which have eventually been worn out and torn apart. The majority of the works in the Borderlands series have derived from the artist's subjective processing of such fragments. She considers them to be future fossils – material traces of the present, but also carriers of the collective's immaterial and (un)conscious expressions. Marika Markström primarily works with painting, sound and light, but also three-dimensional elements, moving images, poem and performance. Through these media, she creates audiovisual and spatial experiences that highlights the (im)balance between hard and soft values ​​and how such values ​​are constituted on conscious and unconscious levels, individually and collectively." WARMLY WELCOME! Marika Markström & Ellen Klintenberg Gedda marikamarkstrom.net