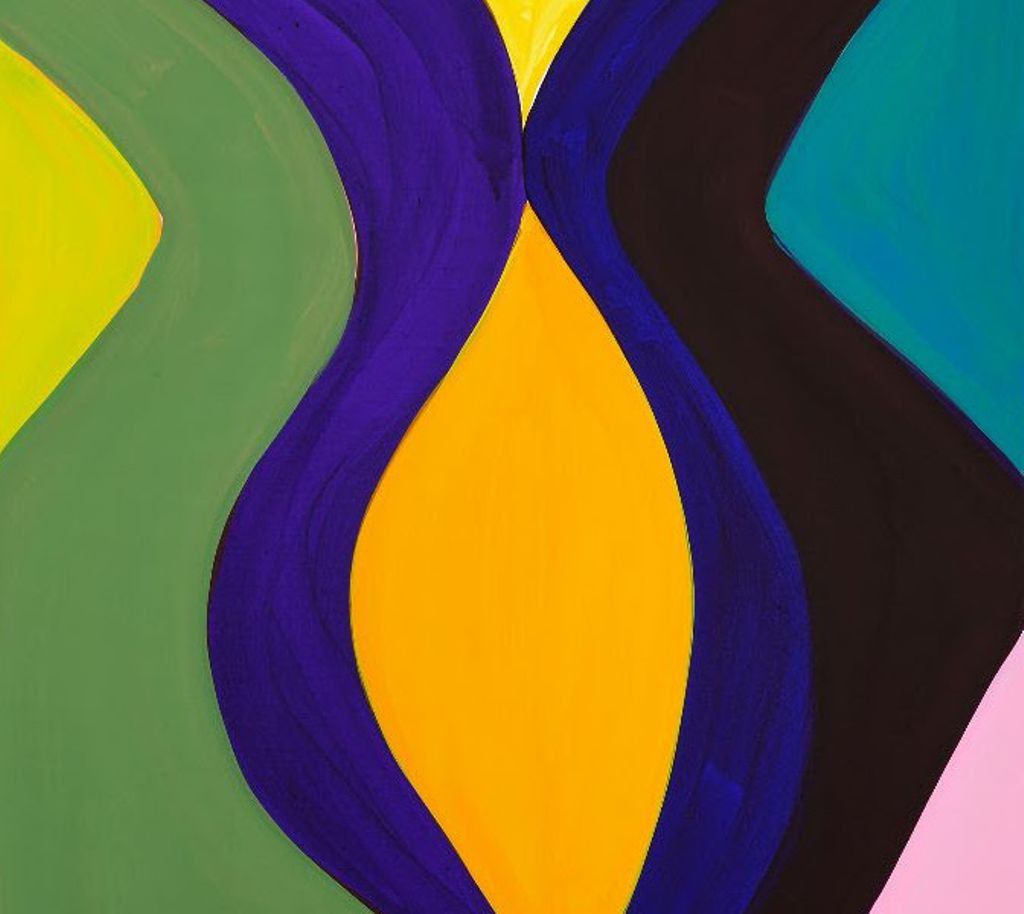 Avslutad
Utställning
THE SECRET OF GREEK GRAMMAR
MARINA ADAMS
Larsen Warner is pleased to present The Secret of Greek Grammar, Marina Adams (b. 1960, New Jersey, USA) first solo exhibition in Sweden. Marina Adam’s vibrant, kinetic acrylic on linen works are a combination of both structure and improvisation. Soft, undulating forms cross paths within the structure of the painting. Nestled together they manage to act both in complete harmony but still hold their own unique power and personality. The shapes within feel slippery, their grip on each other never feeling completely stable. Instead Adams imbues these forms with the potential to shift and move creating a rhythmic, dynamic tension between line, colour and form. These sweeping shapes create the framework for the sumptuous swathes of paint that Adams creates using her own distinct, vivid colour palette. With layered, overlapping bodies of colour the paintings seem to be illuminated from within, pulsating just beneath the surface. While Adams may give herself a structure beforehand, decisions are very much felt-out in the moment. “I never know what it’s going to be. I never know where I’m going to come out. And usually if I have an idea, I never get it. I always get something else.” Though often perceived as non-referential, Adam’s compositions sample motifs from textile design, architecture and postmodern poetry. Pattern in particular is predominant, Adams has stated; “One of the reasons I allow my love of pattern to be predominant in the paintings is that pattern is a language that crosses boundaries. It offers common ground. I think it’s interesting that similar patterns were utilized in different places around the world, places that most likely didn’t have physical contact. We can see pattern in the most basic things and I guess what I love is that it forces you to get very basic, and it’s in basic truths that we can find communion. We find how we’re alike, as opposed to always thinking about how we’re different.” Literature and poetry play a large role in Adams’s work, especially in the artist’s use of referential titles, which offer viewers another path of entry into her works. As Adams has said of her titles, “I think they’re particularly important if you’re not giving a narrative, if you’re not giving a storyline, if you’re just presenting an experience—particularly in a literal world, and we’re in a very literal world, particularly in the West, where people want and believe in reason and ideas. I’m not giving them either. Language can exist, in the same way that colour can exist; it can just be.” For this exhibition the title is taken from a book of poetry and thoughts written by the Russian poet Osip Mandelstam. A number of works in the exhibition (Sheer Pleasure, Soft Magic, Artemisia, Two Song (all 2017), Ghosted (2018) take their structure from the Caryatids that are found in the south porch of the Erechtheion at the ancient Acropolis in Athens which Adams visited as a child and returned to in 2016. These flowing forms not only provide a sly nod to the artists own heritage but also reflects the development of her own language in paint. In Adam’s work we can see the legacy of artists such as Hilma af Klint, Sonia Delaunay, and Piet Mondrian, who embraced the elemental, accessible, and non-hierarchical potential of abstract painting. When gazing upon Adams lush canvases we can sense that the idea of the painting is not really the point, it is about the act of standing in front of them, of calming down and searching for a measure of peace. Adams skilfully creates an encounter with her work that is non-narrative, carving out a generous painterly space for thought and experience.