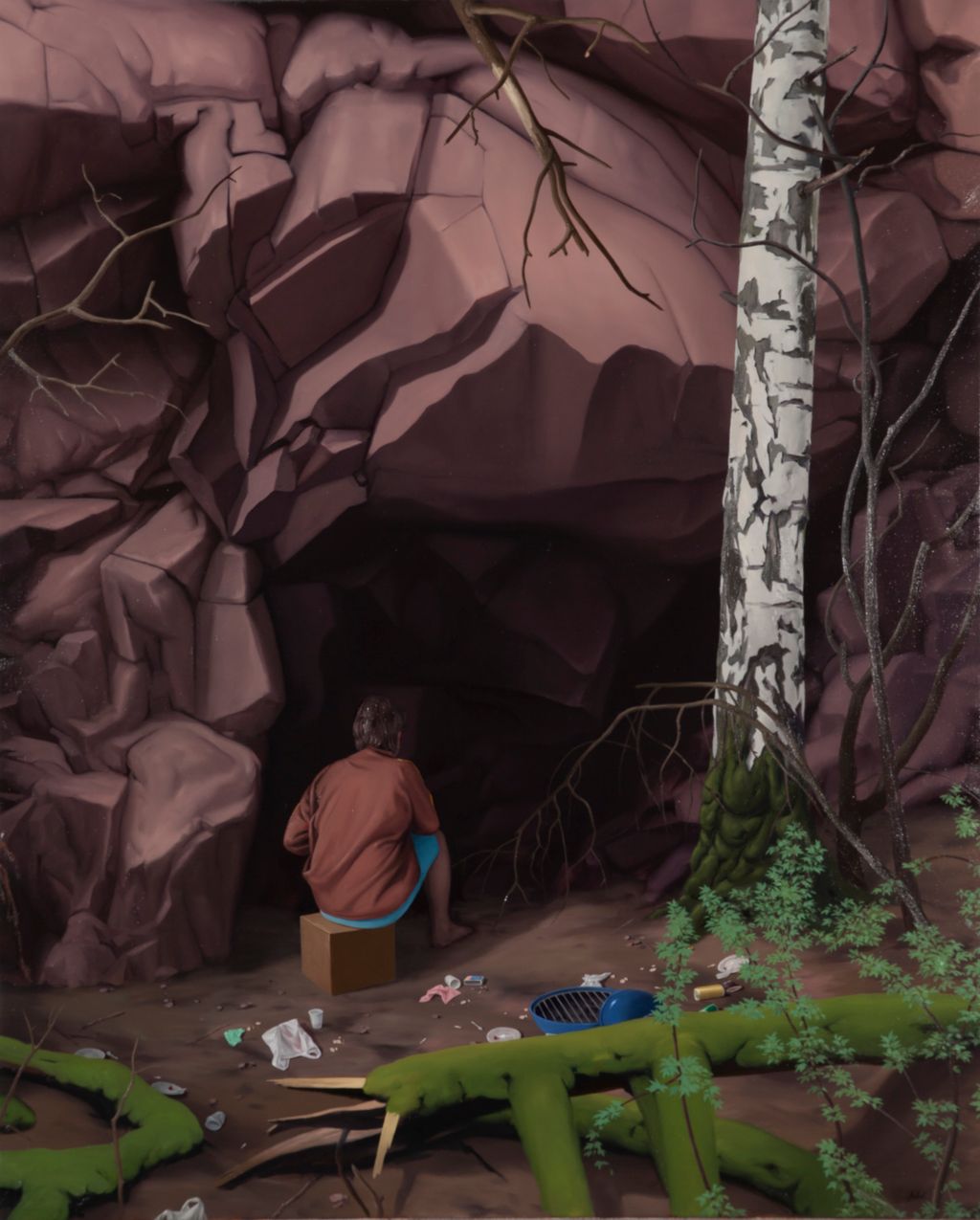 Avslutad
Utställning
SOLO SHOW
Patrik Andiné
Bohman-Knäpper is pleased to present an exhibition with new works by Patrik Andiné. Somewhere in between Renaissance painting and nineteen-sixties American underground comics, Patrik Andiné conjure up his imagery. The softness of the motifs, obtained by the extraordinary craftsmanship, contrasts with the clandestine and sometimes threatening contents of the works. With an almost tangible cinematic touch, marvelous sceneries, suggestive of the impression that something pivotal has taken place or is happening outside the pictorial space. There are subjects turned away from the viewer, hidden light sources that penetrate heavy drapes or under closed doors. The equivocal and the ambivalent are suggested in landscapes and interiors evoked by the deep hues and ravishing light effects.  Patrik Andiné was born 1968 in Gothenburg, where he lives and works today. He is educated at the Hovedskous målarskola (1988-1990) and at the Royal Academy of Fine Arts (1990-1995). Patrik Andiné has been shown in a number of solo exhibitions, including Alingsås Konsthall (2009) and Kabusa konsthall (2003). His work is represented in several collections, among them, at Göteborgs konstmuseum and at Malmö Konstmuseum.