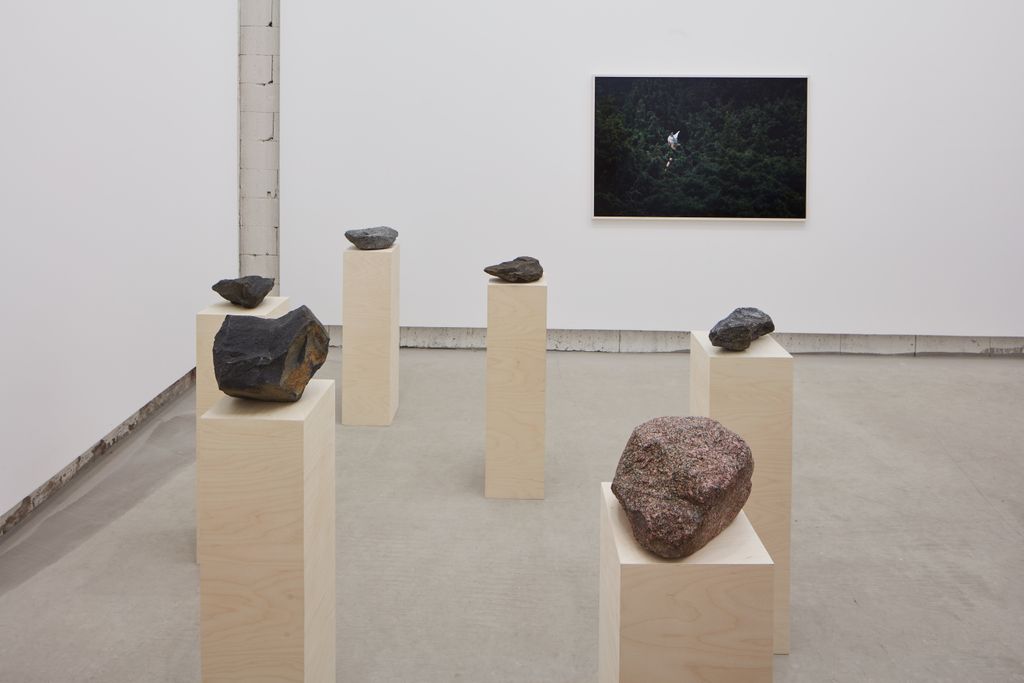 Avslutad
Utställning
SOCIETY OF THE SENSITIVES
7 konstverk till salu
KONST
ULRIKA SPARRE
Society of the sensitives, 2017 The Society of the Sensitives is the name of an historical friendship association that was formed in the German city Darmstadt during the years 1771–1773. The members, amongst others including Johann Wolfgang von Goethe, regularly gathered to walk to the mountain Herrgottsberg. During these walks they exchanged “sensitive words” and poems with the aim to rediscover nature. The group dreamt of a society exclusively built on friendship and love – a society in which hierarchies would be abolished and Christianity would be rejected in favour of a “religion of the heart”. At the site there was a large rock, serving as the community’s sanctuary. Those who observe from a distance are not involved, Bruno Latour once wrote. Accordingly, Sparre proposes that in order to understand e.g. the threat of climate change, we must try to reassess our own place in the world: de-distance ourselves in relation to nature, and start listening to non-human agents such as oceans, cities, glaciers and stones. How are we, then, to broaden the human conception of world and meaning, which currently revolves around our own selves? Only by trying to perceive our surroundings without judgement and without anthropomorphisms are we to understand the human nature in the midst of nature and not as opposed to nature. In trying to break with the concept of nature as “other than man”, Sparre’s exhibition Society of the Sensitives examines how traditionally human concepts such as language, values and rights might be applied to materialities. By carving quotes into stones she wants to enhance the natural expression of each stone, making it speak on its on behalf. In the project Ear to the ground Sparre uses performance, sound, photography, sculpture and video in order to explore the materials of ground and land. The video is produced during her time as an Axel Sjöberg fellow at Långviksskär. All of the pieces in the exhibition are part of a more extensive project evolving around the human comprehension of nature in relation to our own existence.