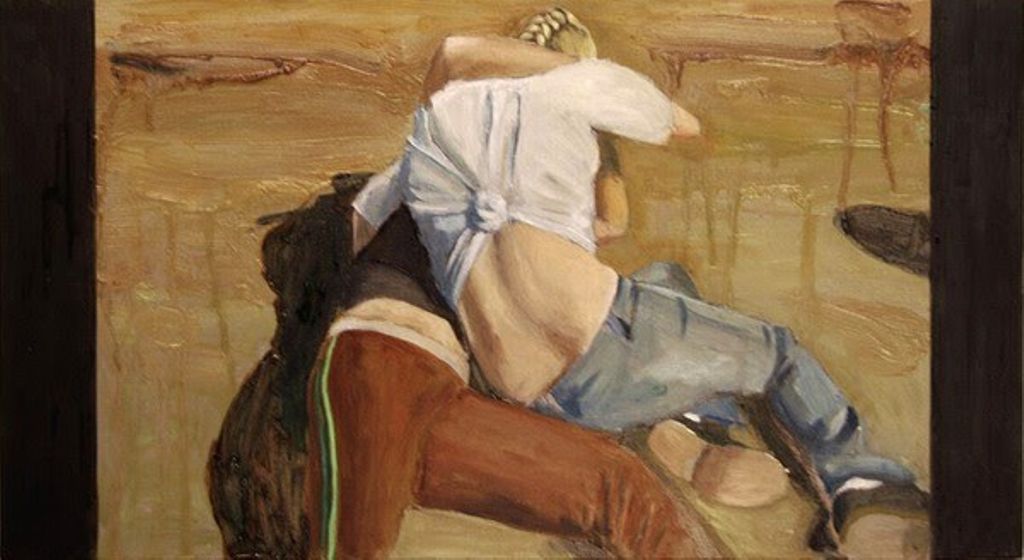 Avslutad
Utställning
MEANGIRL GIRLFIGHT
Niklas Eneblom
Galleri Thomassen is pleased to present Niklas Eneblom's project Meangirl Girlfight. This is the first time this series of paintings is shown in full. Meangirl Girlfight consist of 9 paintings painted 2014-2016, all depicting scenes of different stages of the act of fighting. It is based on a detail in Full Moon Party, a previous painting by Eneblom. This detail depict a fight between two women. In the project Meangirl Girlfight he focuses on the action before during and after it is happening. Full Moon Party is in the permanent collection of Gothenburg Art Museum.