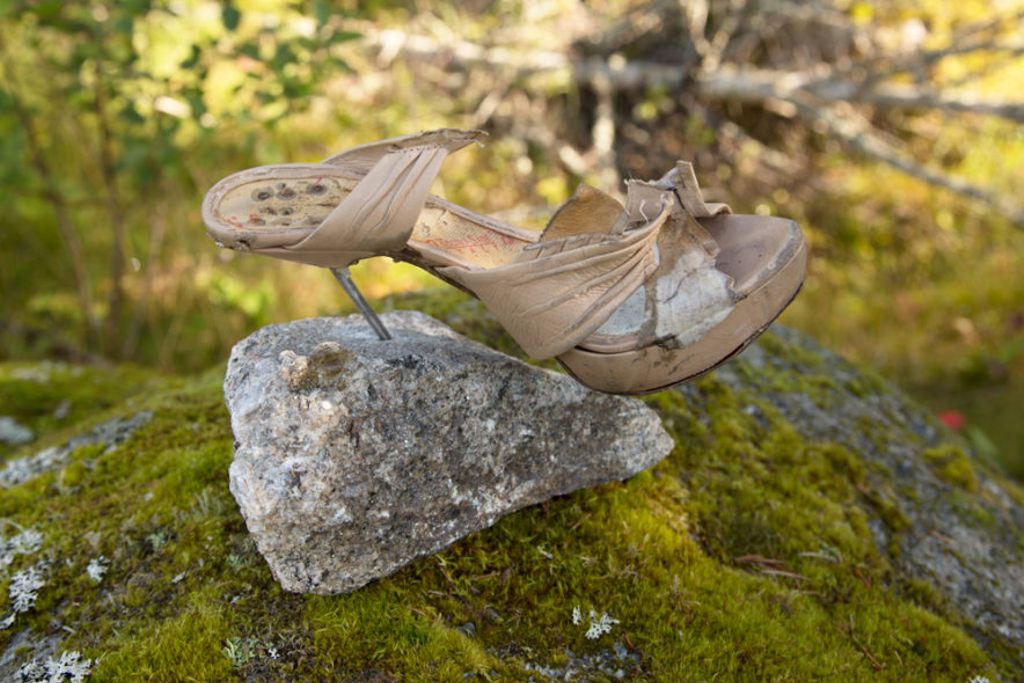 Avslutad
Utställning
JAG HAR SPYTT TUSEN ÅR AV ORD
LINNÉA SJÖBERG
The materials in Linnéa Sjöberg’s works meld, fuse together, and layer the past into a non-linear narrative where yesterday is as present as today and where time utterly collapses. “To see is to enter a universe of beings which display themselves, and they would not do this if they could not be hidden behind each other or behind me…Thus every object is the mirror of all others.” (Maurice Merleau-Ponty, Phenomenology of Perception, 1945) The ongoing series The Inward Dance consists of objects firmly swathed in, and covered by, soaked parchment i.e. membranes scraped during the manufacture of leather. There’s a certain brutality to the drawn-out process – they are left to dry either hanging or lying, pierced and sealed with metal rods, hung with chains, collars and hooks. The interiors are made up of discarded clothing, debris and twigs, erasing the boundary between intimate souvenirs and waste. Many of the works allude to a human presence – exposed, mummified pieces – saturated in the same crude, dark humour as Michaela Eischwald’s resin-filled rubber gloves or Alina Szapocznikow’s head ashtrays. Each individual work forms an ambiguous memento mori, a reminder of the transience – or the triviality – of life. Earlier in the year Sjöberg came across the VHS archive of the German public service television channel Deutsche Welle. If her previous weaves have intensively unravelled the memory of the individual – an upbringing in Strömsund, the performance work Business Woman – then German Wave is perhaps more concerned with collective memory. What did the world look like before we could follow a live broadcast, before we could say exactly where we were on September 11? What we see on TV etches itself into our memory, our shared view of reality formed and refined by the information sent out. In the process of weaving these stored memories are literally entwined to the point of complete erasure – no image or sound remains. The room is instead filled with long swathes of weaved magnetic tape and pieces of fur, a monument to the obsolete in an accelerated stage of synthetic fossilisation. There’s something to Linnéa Sjöberg’s method that has me invariably returning to Joseph Beuys’s work Homogeneous Infiltration for Grand Piano. By covering a grand piano in a thick layer of felt Beuys emphasised the pitfalls of collective silence (in allusion to the thalidomide scandal of the 1960’s). Bound into an all-encompassing whole, the instrument’s parts are subsequently gagged. In an analogous gesture, if not one more personal than critical, Sjöberg wraps fragments of a collective history, compressing them into impenetrable objects. Just like the grand piano the contents are hidden and, sure enough, completely disabled. The past is brutally wiped out, immortalised by its transformation, no possibility of nostalgic reclamation remains. If those objects that surround us are an extension of our own bodies then what Sjöberg engages in are mental acts of mutilation. Text Ulrika Pilo. Translation Nicholas Lawrence.