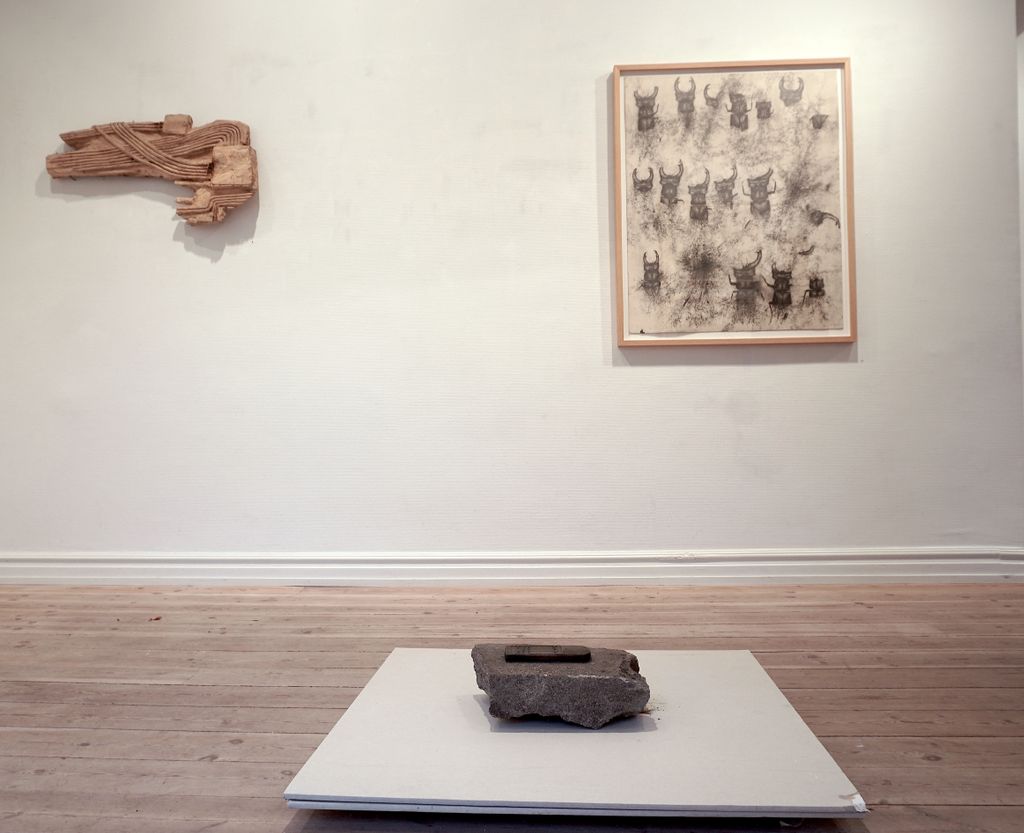 Avslutad
Utställning
GYNANDROMORPHIA
MATTIAS BÄCKLIN
The exhibition title is derived from one of the works in the exhibition. Gynandromorphia is a phenomenon of nature, where individuals of a species display one female and one male side, divided along the middle of the animal. The rare sexual asymmetry can be found in insects, crustaceans and birds. The most extreme deviations from natural order could thus be found in a middle ground, in a suddenly viable amalgamation. In the chaotic middle ground are these gynandromorphs, whose bodies develop both a female and a male side, but no fertility. The study and collection of insects has been hobbies since my childhood. In the artwork “reorganization on polystyrene” I add a last step of the cycle of metamorphosis; following the egg, larvae, chrysalis and imago there is the decomposition that completes the natural cycle. Even as an inanimate effort to organize nature, the samples will succumb to chaos and wither away with time. In the perspective of time, nature always wins. The collection is recalled by time and life itself. Nature measures time in progressive steps towards decay. In spite of the efforts of preservation, time is the constant against which all else must be measured. The work “mower by mothership”, shows a space ship in disrepair, sinking into the mud next to a mower. A desperate construction, an infected promise of the future, crashed or never flown. The mower prevails as the more persistent piece of technology av the two, a symbol for cyclical reassurance, harvest, regrowth. The drawings ”house tumors” and the wooden sculptures employs the idea of inventing new definitions of the “origin”. Regrowth and growth are forms that hide the origin. Carved fuse boxes are a totem over a lost civilization, a monument over the trivial and the technological. The exhibition is a celebration of the complex logics of nature, and how we as humans are humbled by this. However much we observe, manipulate, mythologize, categorize and explain, we will never be able to grasp more than a fraction of the system, we will always be lesser servants of the kingdom we think we are the ruler of.