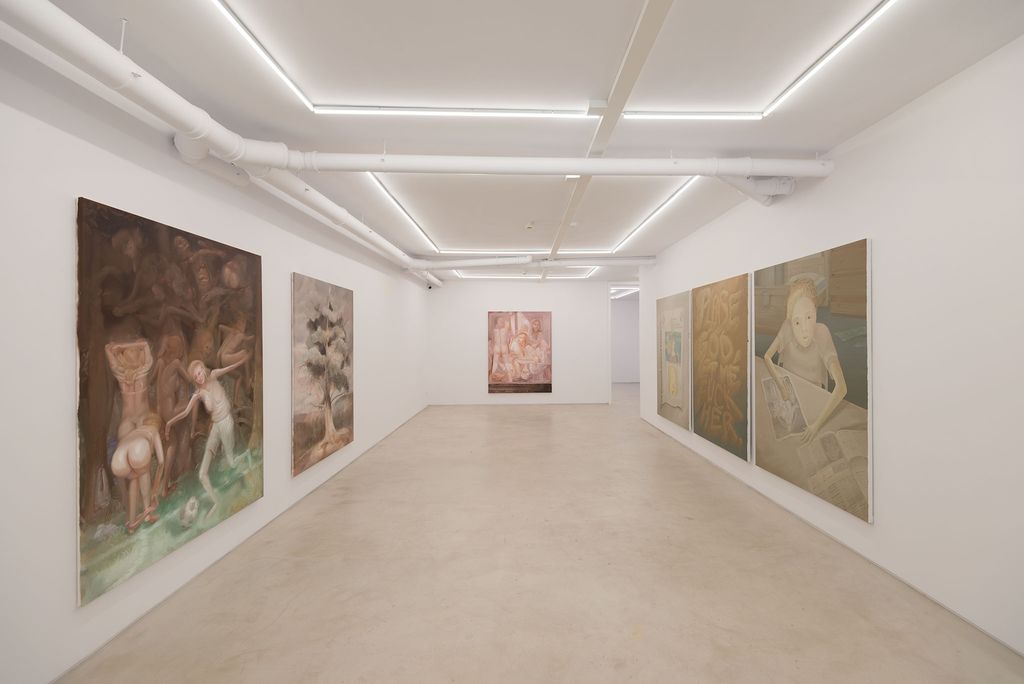 Avslutad
Utställning
GERALD DAVIS PAINTINGS
7 konstverk till salu
Konst
Gerald Davis
In a significant segue from his previous practice in figurative painting and drawing, Gerald Davis delves into a more abstract vernacular in this psychologically probing series. Themes of trauma, angst, sexuality and lost innocence have always been prominent in the artist's imagery, if not the core catalysts for his artistic pursuits. These themes continue to pervade this more recent work, only with less blatancy. In the eight large-scale canvases and affiliated drawings here, Davis suppresses his skill as a fine draftsman with deliberation, instead employing a childlike approach to color, shape and line. The series derives in part from the House-Tree-Person test—a diagnostic tool in clinical psychology —in which children are prompted to draw a house, tree or figure as a way of mirroring trauma. The Los Angeles artist pulls from a number of artistic disciplines to produce his own fusion of techniques. On one hand, his approach is consistent with the abstract expressionist inclination to depict emotion by way of exploring the unconscious for symbols of universal meaning. Davis has also embraced cartooning as an adjunct to his figure drawing, seemingly the foundation of his artistic practice. At a glance, the paintings seem purely abstract. More complex than they first appear, they are actually deeply rooted in representational imagery—usually beginning with a house, sometimes a tree or figure—as the foundation for composition. Unseen initially, after more careful scrutiny, figurative elements begin to surface from the confines of the canvas—faces, figures, skeletons and skulls lurk in the background, foreground and throughout. Perhaps exorcising himself of demons, in his houses, Davis exhumes the buried figures, and evicts the skeletons from the closets. Dark, often grim snippets of imagery are married to bright sections of intense primary colors—a sort of ingenuous approach to palette, as if relying on pure impulse. As such, it's not surprising that bright red dominates most of the acrylic and oil pastel paintings in the series. A quieter work in lavenders and blues is hung separately from the rest. With its languid palette, the painting at first conceals some of its scary elements. From deep within their lairs of deceptively harmonious violet hues, a family of skulls gradually emerges. Beneath the facade of abstraction Davis has so cleverly wrought, the figurative allusions are not that deeply interred. — Text by Megan Abrahams