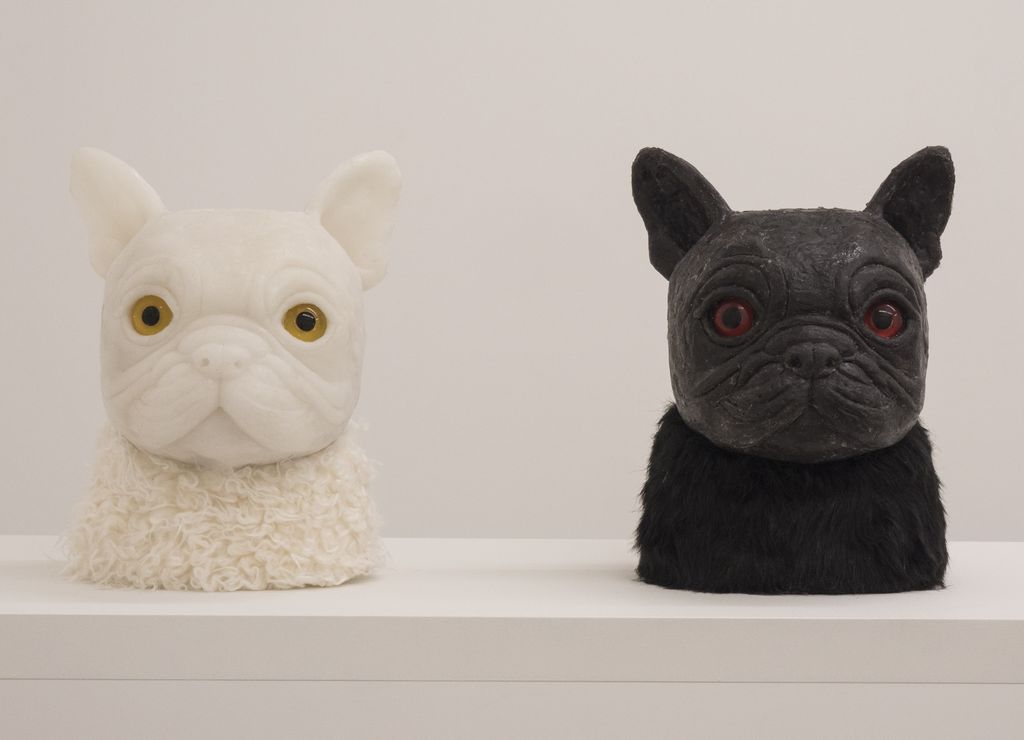 Avslutad
Utställning
EYE TO AN EYE / I PROUDLY INTRODUCE FROM ME TO YOU THE FABULOUS WORLD OF M.M.M
6 konstverk till salu
Konst
Medverkande konstnärer
S.P.G welcomes the audience to a new exhibition season. The choice of season opening differs in some respects. The two artists Hanna Beling and Måns Müllner were a couple who for some time planned to present each other’s different worlds in all the four rooms of the gallery. Parts from Måns Müllner until now ongoing project The fabulous world of M.M.M were intended to be shown together with Hanna Beling’s sculptured animal world eye to an eye, another kind of meeting with each other. This will also happen, even though Måns Müllner due to his illness has left us much too early. We will therefore on our own, with the help of his close friends, accomplish his part in the exhibition as intended. S.P.G proudly presents his last finished work Dr. Mexico’s altar, although with sadness in our hearts. His own written words for the exhibition were: I proudly introduce me to you the fabulous world of Måns Magnus Müllner. The exhibitions run until 23 September, 2017