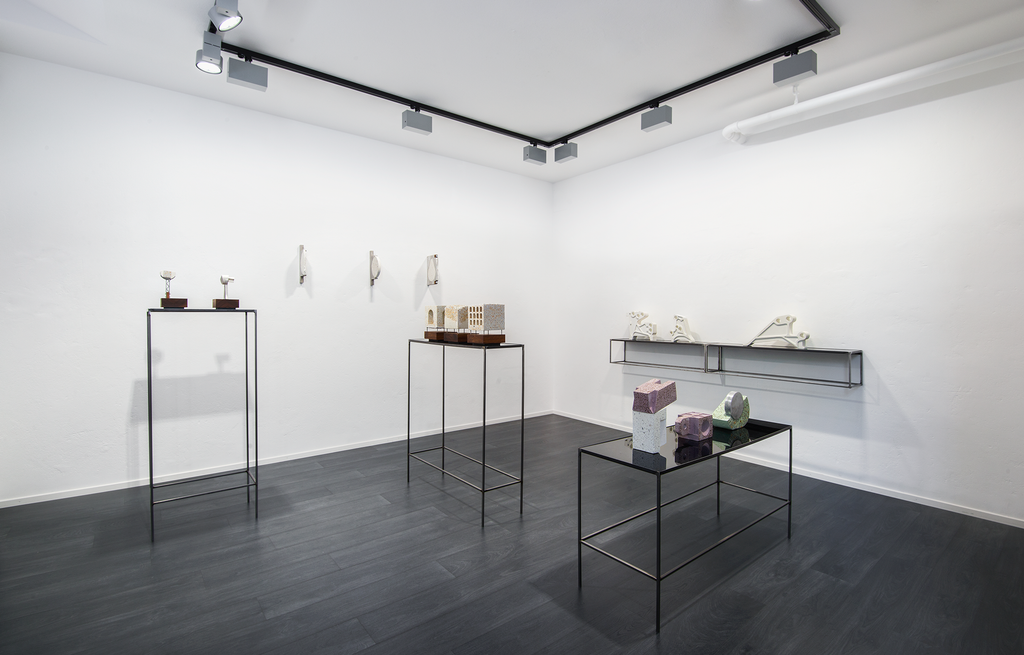 Avslutad
Utställning
DEFECTUS OCCULTOS
SIMON ANUND
Can we trust what we see? This question permeates Simon Anund’s practice. His work pays attention to the illusory function of surfaces, emphasising seductive shapes, pleasing colours and allusions of solidity – and how these mechanisms work at the expense of substance. In previous presentations he has questioned the harmful effects of plastic and today’s short-sightedness in housing construction. Here he shifts his gaze to the gullible viewer and the way in which we uncritically consume information. Dreams about perfection and beautiful things shape our ideals to the point where we no longer see the cracks in the facades. With the title Defectus Occultos Simon Anund demands our attention and directs it towards the socially constructed emptiness that grows bigger with each day of mindless scrolling. Starting out as a seemingly pleasant guided tour, through colourful blocks of concrete, it transforms into an increasingly serious exposé of fake news, beautifying filters and a critique of the contemporary. This slippage is an effective way of emphasising and separating the surface from its actual content. Although the architectural references in Defectus Occultos are comparatively discreet, there is still evidence of Anund’s affection for the monumental and three dimensional. The sculptures communicate through shapes in which we find traces of the artist’s childhood growing up in the countryside. Drawing inspiration from that world – of tractors, discarded machine parts, cast iron chunks and rusty scrap metal, each with its specific function in agricultural machinery – Anund looks back on this period where shapes come to life and become figures, buildings and robots. Simon Anund’s recent solo exhibition at Linköpings konsthall was titled Post Amorfa. The word ‘amorfa’ is derived from the Greek amorphos, which means abnormal, formless, or without struture, and the exhibition took the shape of an architectural allegory of our times; an era in which big words and beautiful facades conceal a central void. Fragile concrete bolts and sinking buildings symbolized the short-sightedness in today’s housing production, metaphors to illustrate the present as one giant jerry building. Anund is most well-known for his material of choice: concrete. When other artists search for new materials and media, Anund looks for fresh ways to delve deeper and learn more about the physical traits of concrete, constantly discovering new and uncharted paths. His close relationship to and long engagement with the material has meant he is often hired by other artists to execute their work. He uses cellular plastic moulds to cast the concrete. Recasting it several times to the point of a new material, the processes constitutes a refining not only of the material itself but also the hierarchy of the cast object. Machine part or art? This reveals a determination to show that concrete is more than grey facades and bird baths. Anund’s geometric shapes are something different, something we’re not used to associating with concrete. Through his broad approach to a complex contemporary phenomenon, Anund is an important voice for keeping the discussion about surface and substance alive. – Petra Johansson (Translation: Christine Antaya)