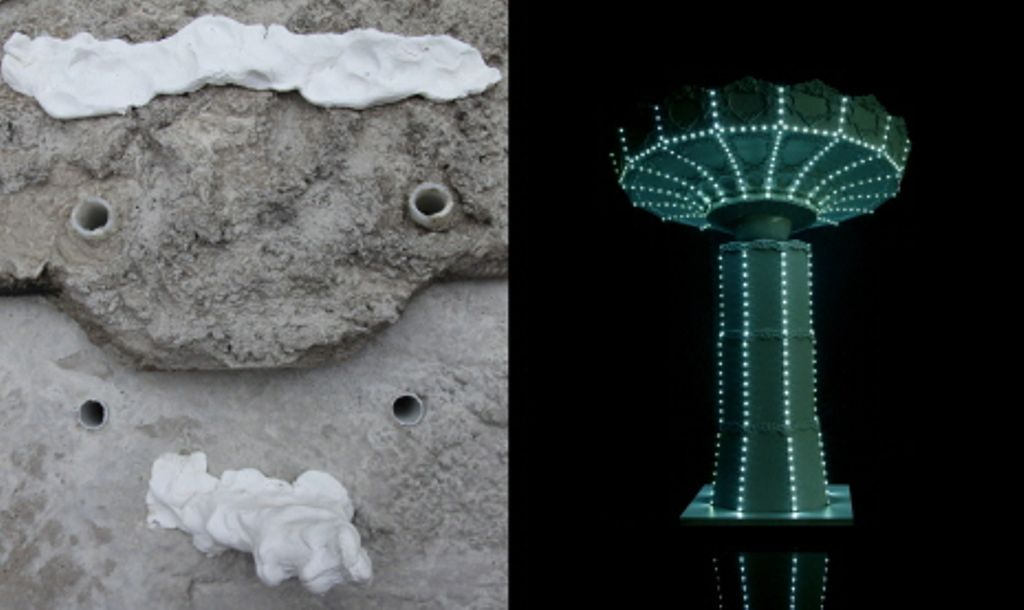 Avslutad
Utställning
AFTER THE APOCALYPSE THERE IS ONLY OPTIMISM
Växjö Konsthall is glad to present the exhibition After the Apocalypse There is Only Optimism, consisting mainly of new works by Jenny Kalliokulju and Magnus Petersson. Kalliokulju's fountainlike sculptures can be described as moving between the organic and the aesthetic of decay. Magnus Petersson will be showing a new work—a 1:20 scale model of an amusement park with a functioning Ferris wheel and lighted rides.

Jenny Kalliokulju was born in 1986 in Bjuv, was educated at Städelschule in Frankfurt, lives and works in Torrlösa. She has shown work at several exhibitions in Scandinavia and Europe. Her book, Rodinia, has been well-received. Magnus Petersson was born in 1971 in Namnerum, where he works and lives. He was educated at Valand in Gothenburg. He has many exhibitions behind him, both within and outside of Sweden. Petersson is currently involved with the travelling exhibition It Was Actually a Pretty Vessel—About the M/S Wilhelm Gustloff, which is now on show at the House of the Emmigrants, part of Kulturparken Småland, here in Växjö. Petersson is one of the most internationally active artists who have their home in Småland.