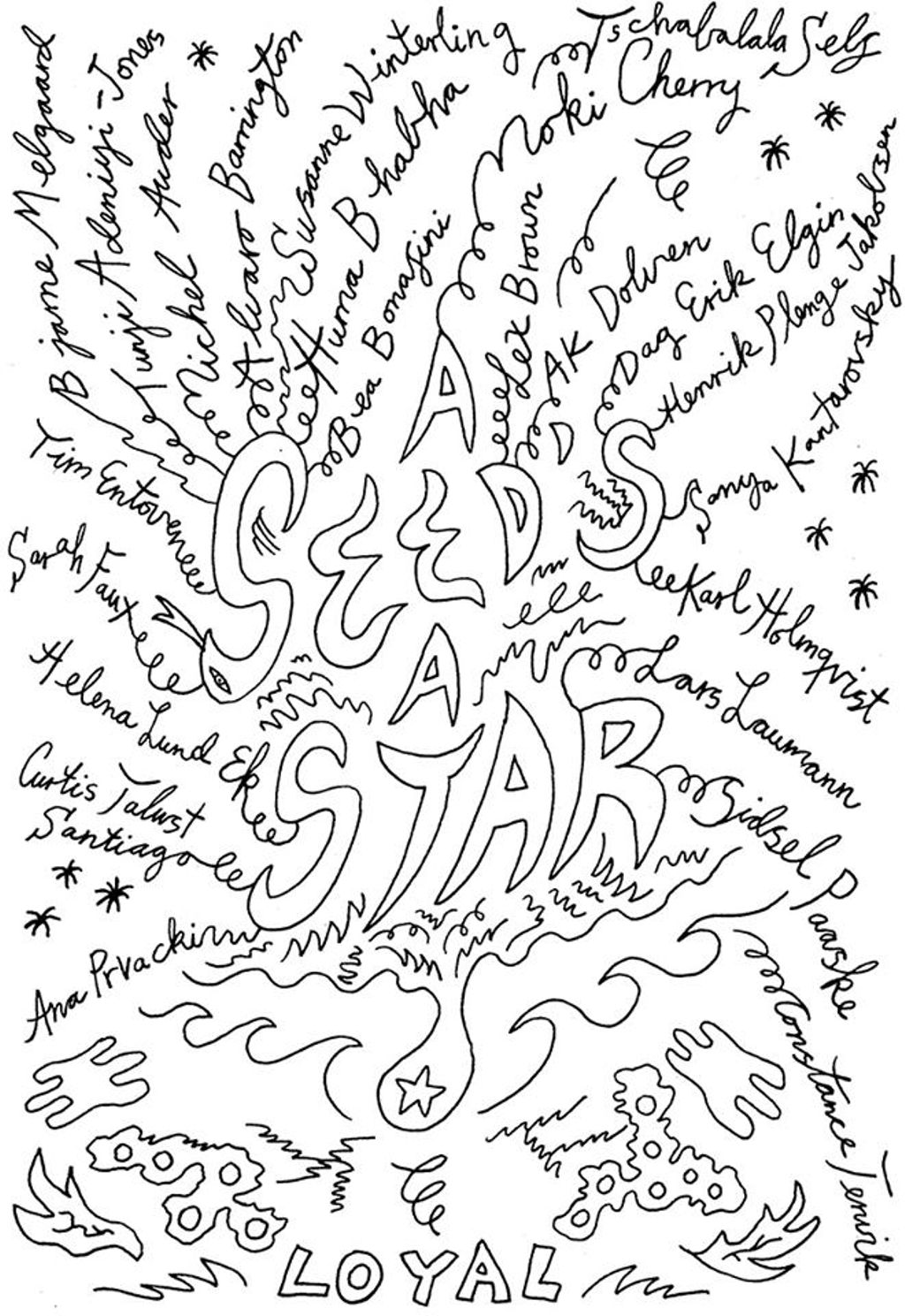 Avslutad
Utställning
A SEED’S A STAR
MEDVERKANDE KONSTNÄRER
" Organized by Constance Tenvik June 15–August 17, 2019 LOYAL Gallery Stockholm Odengatan 3 (Opening reception June 15 17.00 - 21.00) One of the driving forces behind Constance Tenvik’s practice, is the world around her, most notably the people that become part of her symbiosis — the ecosystem of her life and her art. A momentary reflection on the vanity of earthly life and the transience of the moment, her use of sculpture, drawing, painting and performance is a peek inside her inner world. For the summer show at Loyal Gallery — ‘A Seed’s A Star’, she brings to life a mind map of the multiple interconnections that fuel her practice. The exhibition itself becomes an artwork, as Tenvik binds together the community that is her home, allowing it to take centre stage, in what becomes narrative in a colourful three-dimensional collage form. Life becomes art and art becomes life ‘allt för konsten’. Each contribution from Tschabalala Self’s paintings exploring the black female body in often self-projected desire, to Moki Cherry’s tapestries, an homage to her “the stage as a home, and the home as a stage” and whose work once brought to life the stage shared with Don Cherry and their Organic Music movement of the 1960s, or fellow Norwegian Bjarne Melgaard’s drawings, is an ode to coactivity, and to breathing intersectionality. The group show consisting of 23 artists, creates a dream-like cacophony and much like Tenvik’s own artworks the space transforms into a playground, open to exploration, dance and play and reflective contemplative conversation. The exhibition explores notions of the self in relation to those around us, the formation of communities, and the need for intimacy in public. Whilst Helena Lund Ek’s large scale painting drapes you into an intimate almost collective trance, Huma Bhabha's drawings invite you to other-worldly life. ‘A Seed’s A Star’ takes inspiration from its name sake — Stevie Wonder’s soundtrack to ‘Journey Through The Secret Life of Plants’, the exhibition guides the observer from scene to scene, in an unobtrusive, reassuring manner with Tenvik as orchestra leader. Tunji Adeniyi-Jones, Michel Auder, Alvaro Barrington, Huma Bhabha, Bea Bonafini, Lex Brown, Moki Cherry, AK Dolven, Dag-Erik Elgin, Tim Enthoven, Sarah Faux, Karl Holmqvist, Sanya Kantarovsky, Lars Laumann, Helena Lund Ek, Bjarne Melgaard, Sidsel Paaske, Henrik Plenge Jakobsen, Ana Prvacki, Tschabalala Self, Curtis Talwst Santiago, Constance Tenvik, Susanne Winterling —Silvana Lagos, Stockholm, 2019 "