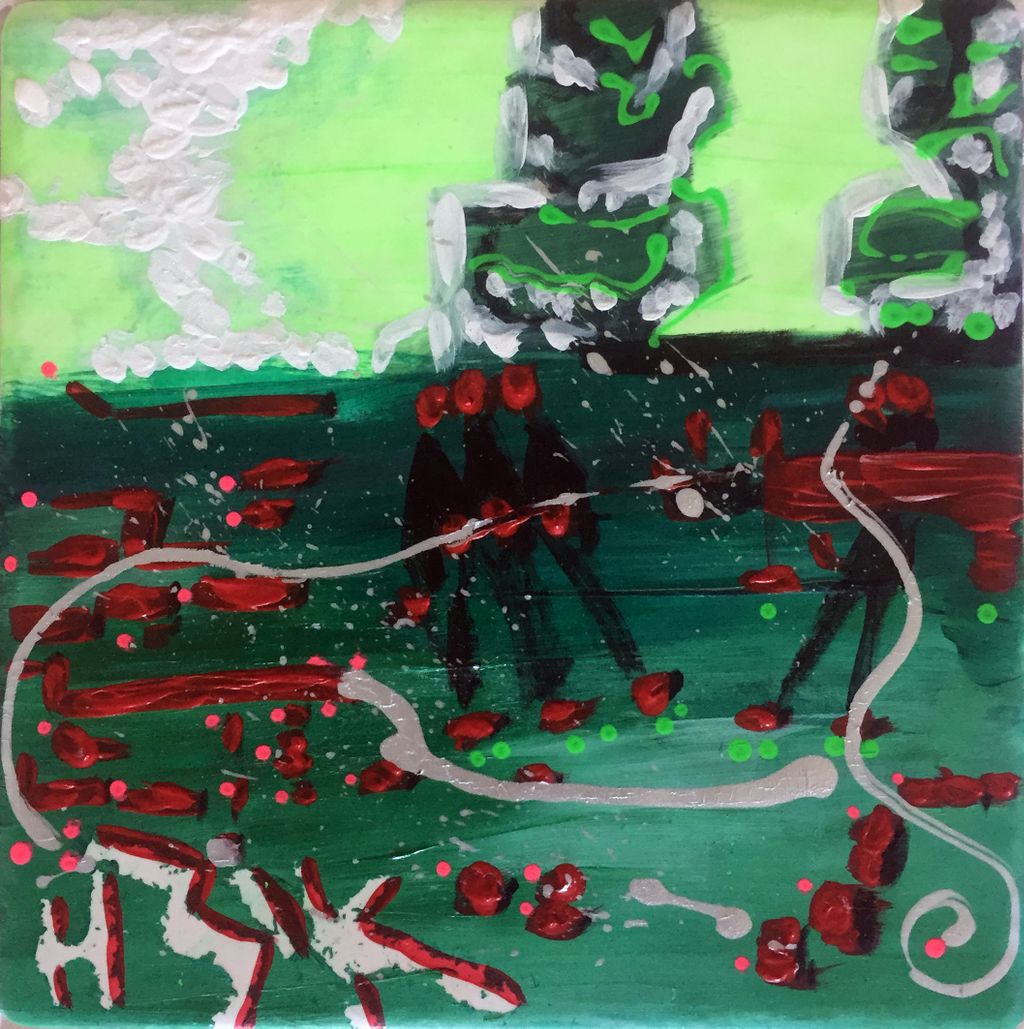 “What was supposed to be a nice quiet day in the park, soon turned into a war zone, after a dogger’s dog got brutally shot!”Hrik’s second foray into the dark arts of painting on found ceramic tiles. An intuitive journey that started quite beautifully, and ended in a massacre.-My second tile is an odd one out, hence no number in the title. It’s the only small size tile I have, and it’s also the smallest piece I’ve ever painted. I did however employ the same methodology as on “tile_01_hrik” in terms of speed, lust for experimentation and abstraction. But on “tile_tinytile_dogging_disaster” I also started with bland painting the background, which I do a lot on canvas. On this piece, I got a sense of a beautiful, early morning in a huge park, probably somewhere in England.I then started bringing out the park a bit, but then I saw people! And a dog! So far so good, people and animals enjoying a walk in the park. But then when I did the final phase, finishing of with the Ikea neon acrylics, the one colour was running out. Nothing weird with that, and the splatters look cool, but over the dog, it looks like there’s something shooting out of my signature and hitting the dog in the head, causing a massive blood splatter! Very morbid, yet interesting!Speaking to my therapist, she asked what the dog meant to me, and “why I shot it”. Very good question. There are no coincidences, even when things seem very random. And thinking deeply about it, I’d say the dog represents some of my inner fears, that I want to kill off. I was pretty scared of dogs as a kid actually (now I like them), and I really think that is what came out. I don’t have anything against doggers tho, the word dogging came about earlier, and it was only at the end, with the dog being shot, that I added the “disaster” alliteration.