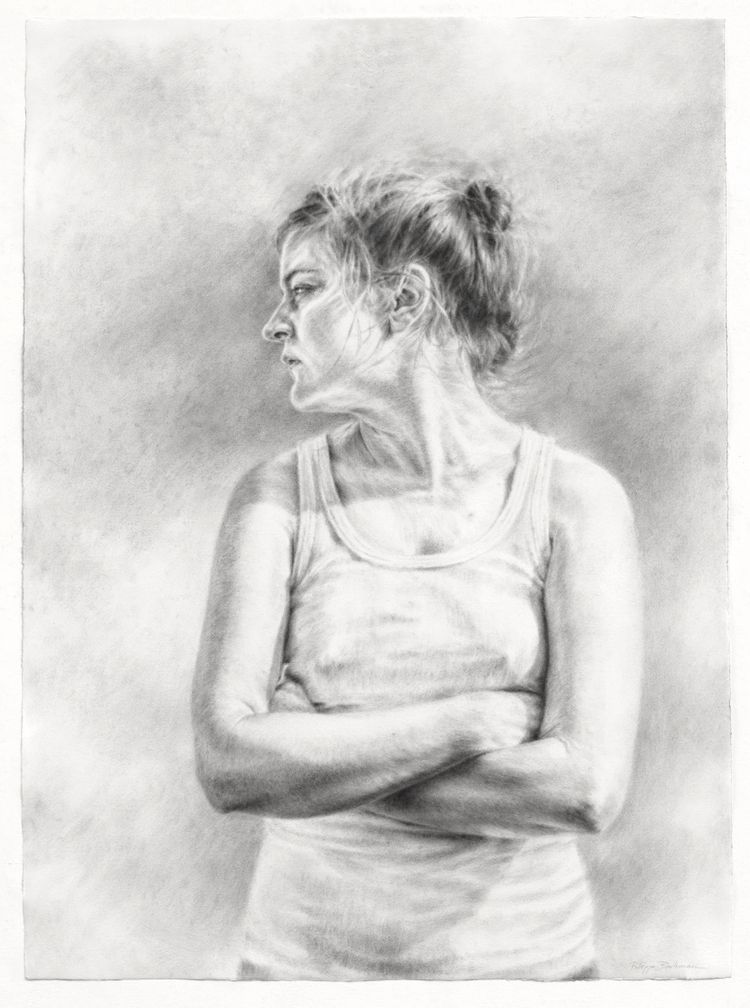 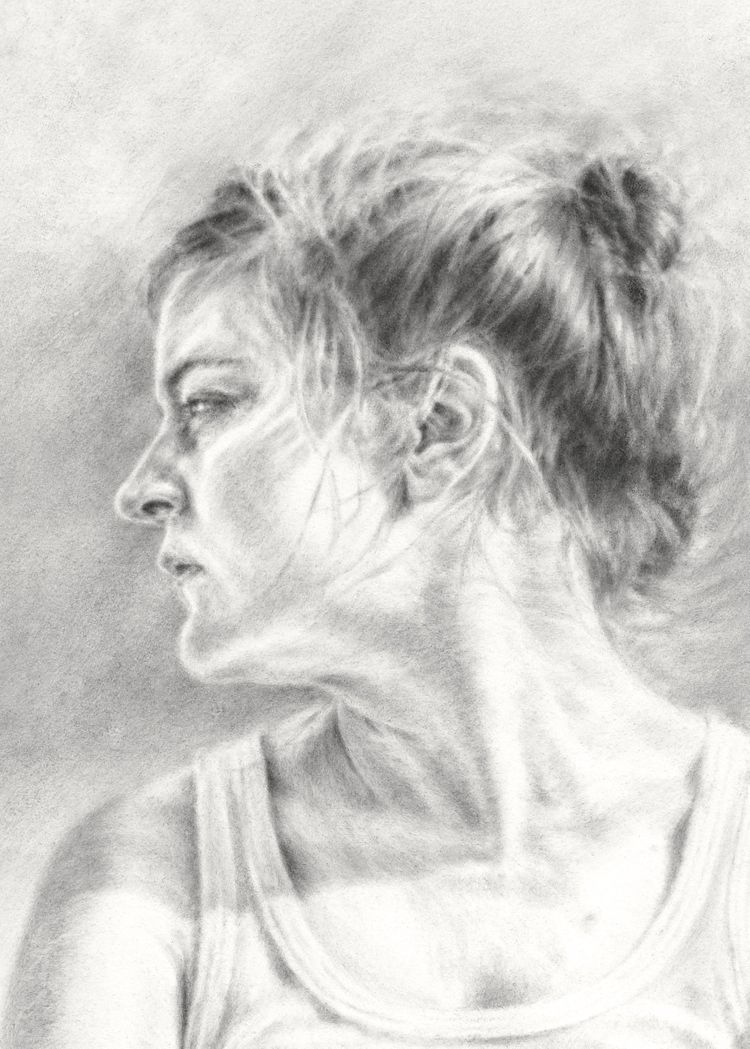 In Rise series Barkman explores the concept of self-portrait. Even though already earlier posing as her own model, the way in which Barkman exposes herself in this particular sequence is remarkably different. The six charcoal drawings contain no twist, nothing divergent; on the contrary, they strike you as immensely ordinary. Barkman sketches her own body in all its banality, without romanticising or bettering, ultimately creating a feeling of both strength and nakedness. Some of the paintings are almost exactly the same, separated only by a faint turn of the neck or a wondering gaze. This reproduction of the same scene – with only subtle alterations – invokes a sense of repetition, imprinting the series with a notion of temporality. Text Astrid Greltz Andersson