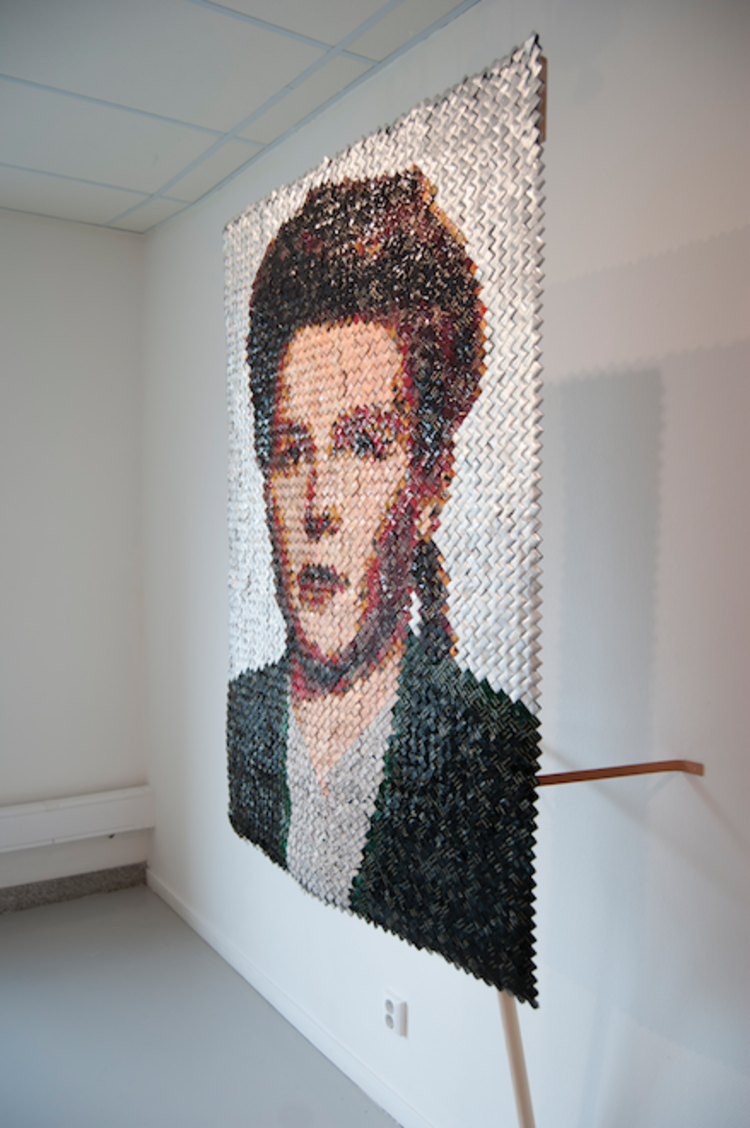 In the piece ”Jos saisin valita” (Finnish, translates to ”If I could choose”) I have worked with the story of a woman whose life was for the bigger part not hers to decide and where the textile craft played the role as saviour in many ways.  Living in a reality where keeping up with the daily chores was the only way forward, there was of course not much time for delving in to simply fun or interesting textile craft projects. I can imagine that the weaving of carpets for a cold house or mending the socks of nine children was not the moments where textile craft generated many other positive feelings than possibly gratefulness to having the right skillset.  But I do believe that it possesses an effect of self empowerment. I believe that the actual making can give a person a feeling of fulfilment that is as crucial as maintaining the daily chores. The material I used in the piece is Finnish coffee packages and the technique has its roots in the ’birch bark sloyd’ tradition. This development of an older craft tradition is for me very symbolic for the Finnish history and culture. The mentality to never throw away but instead find new areas of use, a common behaviour in many post war countries, and the pride that lies in everything that is handmade, no matter the material, is something that is typical for the Finns I know.I have chosen to make this piece in the form of a banner, an object that we read as the bearer of important messages. In this banner the messages of strength and endless effort no matter the resistance lie. Behind this banner the masters of creating something out of nothing march.