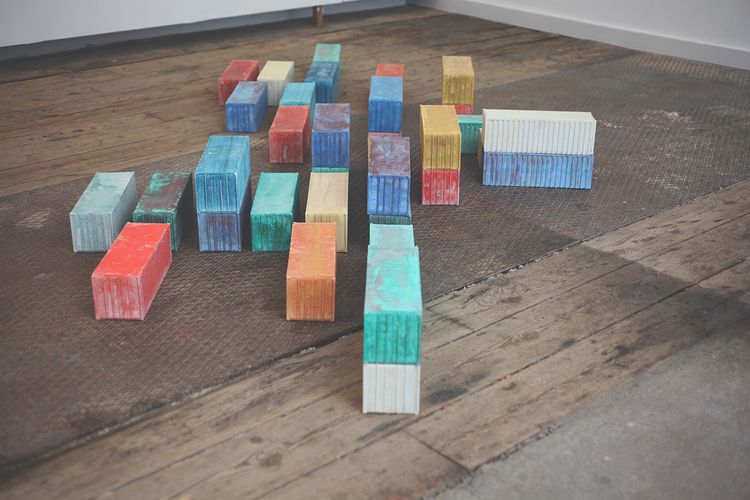 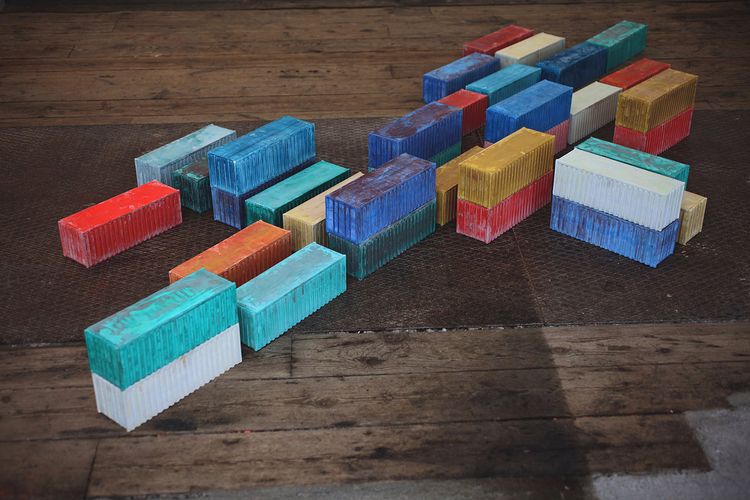 Container skulpturer.Innovation in border controlby Lode KuylenstiernaI. DELETED EXCERPT FROM THE SCRIPT ”GIBRALTAR”The narrow point, the continental meeting between Europe and Africa is approximately a distance of 14 km. They lay there like two siblings, always keeping close but yet, still very unaware of the bond they share with each other. Seen from afar, way out in space, the meeting looks affectionate and peaceful, almost like they are reaching for each other. And maybe they are, maybe their out most desire is to close the gap between them and become one. But then you look closer and find a violent force of human nature keeping the two worlds apart. If they ever were to meet it would mean the clash of civilizations. No one knows what they are reaching for.In the Strait of Gibraltar, this great rock stands guard, controlling what comes in and what goes out of the Mediterranean sea. This is Gibraltar, the tower of Hercules. It’s August 9th 2011 and a seemingly small and insignificant event takes place at this rock. Every two weeks the Levante emerges across the Strait of Gibraltar. The winds pick up and a slow fog rolls down the great rock and covers the Gibraltar city like a carpet.This day a new kind of Levante takes a hold of the land. The Continents is about to meet again and forces in the world, unaware but extremely powerful, is emerging from all sides. Never have the winds been so strong, the sea so unpredictable and never have the continents been so far apart. A great storm is rising in the south. All across North Africa the storm moves its way towards Europe. A small air craft is making its way through the unpredictable winds towards the Airport of Gibraltar. The side of the plane is labelled ”Frontex”.II. THE FICTIONAL PLATFORMThe basis of my work is made through a fictional platform, a script written in 5 episodes. The story is based on two different events occurring simultaneously in August 2011 with the youth riots in England and the rebellion, the Arabic spring, against Muammar Gaddafi in Libya. Its a story about the value of ones identity in a portrait following the same character from within two different cultures/societies. In this ”fictional platform”, I investigate the cultural differences by examining the core reasons of these youth rebellions. In England there was a number of riots that, at the time, seemed to be without a cause, but its fairly obvious to day, that the youth reacted against them being let down by a western society for having no prospects of a future. Now as the financial crisis has taken an even greater hold of Europe the youth has identified them selves as the futureless generation. But in august 2011 these reactions was a mystery to the rest of the world.Simultaneously, the final stages of the Libyan rebellion was about to end and the capturing of Gaddafi was around the corner. This was a rebellion directly sprinted from the Jasmine Revolution. This to, emerged from a youth finding them selfs marginalized and without a future. But as the riots in England is a reaction based on being incapable of finding a place in the western egocentric and individualistic society, the uprising in Libya is an act of solidarity with the aim of unifying the people’s common cause. These narratives both accumulate in Gibraltar due to its geographical, historical and symbolic position. Its the guard, the fortress between the two continent, also known as one of the two towers of Hercules.III. THE BORDER LINE BETWEEN AUTHENTICITY AND MISPERCEPTIONThe objects displayed in this exhibition focuses on ”Part 4: The resurrection of Yaqub”. The research was made during a the European Intelligence & Security Informatics Conference (The Premier European Conference on Counterterrorism and Criminology) in Uppsala, August 2013. This conference was jointly organized with ”Workshop on innovation in Border Control” hence the name of the exhibition. In the project I'm investigating the esthetic’s of security technology and design at border controls, backtracking the events in the script. On what information do I base my perception of the actual events that is taking place in London , Tripoli and Gibraltar?The story is written in five episodes going from England, Libya, Algeria, Morocco, Spain, Iran, Turkey and eventually accumulating on Gibraltar. Here we follow identical twins, Esau and Ya’qub, growing up separately in two different countries, England and Libya. Their backgrounds gives them different advantages and disadvantages, both social and cultural due to which side of the Mediterranean sea they are born on. But at the same time they share the same identity on which the ”idea of a common system” of identification is based up on. In the script this is a confrontation that takes place in Gibraltar on the border between the continents.