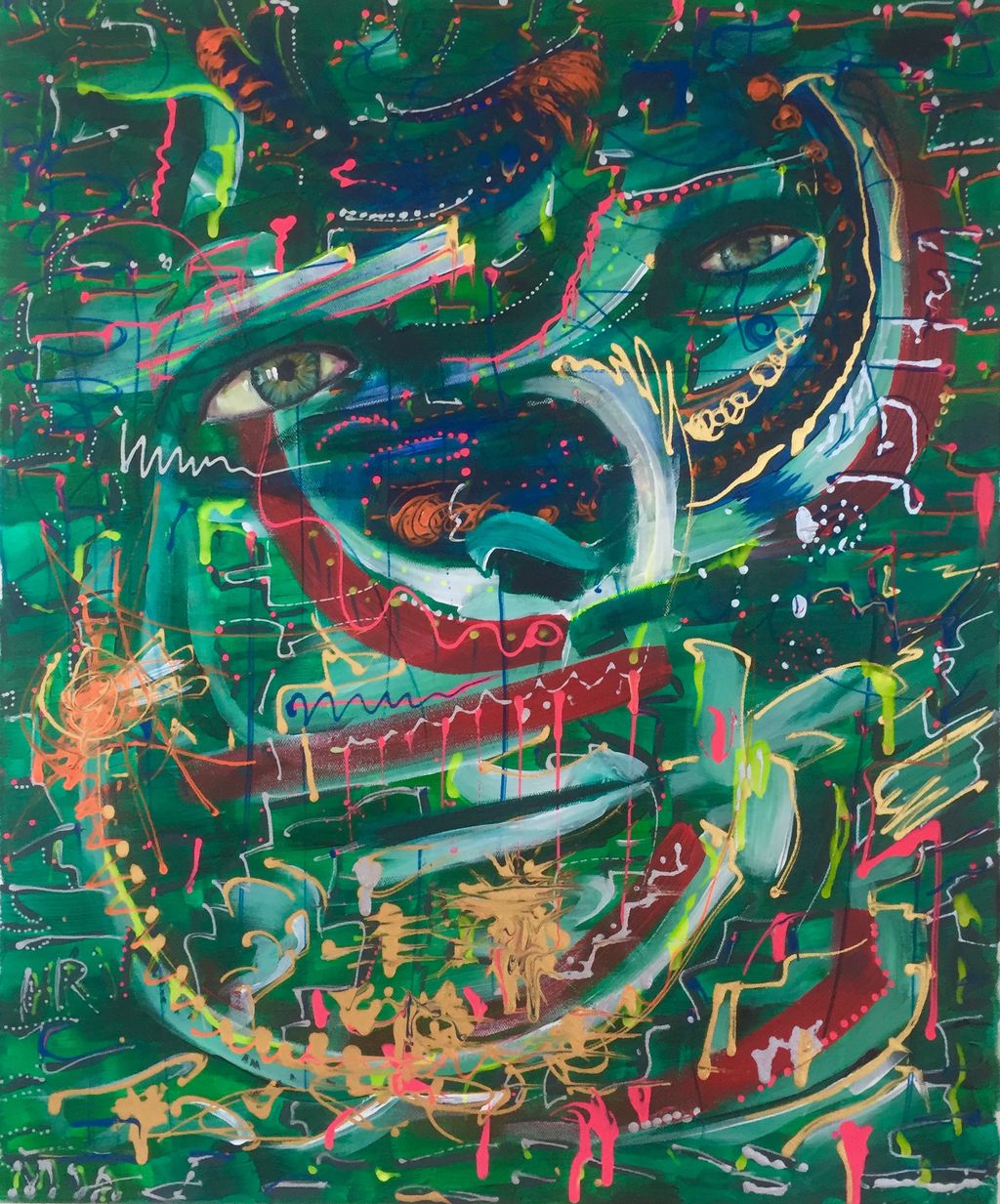 Large portions of Indigo were painted blindfolded, as an intuitive exploration to let strictly the mind create art, without seeing with the eyes. After having marinaded as an abstract piece for a long time, Hrik discovered a face, and soon the true nature of the great Spirit of the Woods, Indigo, surfaced and made itself known. Non-framed acrylic on canvas.-Indigo was difficult and took time for me to birth. Starting out, I had no idea at all where I was going. But, my therapist had challenged me to try painting blindfolded, which I decided to give a shot. That resulted in the green background and the big white-blur-red strokes.Then (again) I had to let the painting rest for some time, while I understood what my intuition had actually painted. And late one evening I finally saw it! Eyes! Two big ones! I had up until this point kind of avoided painting eyes, not because I didn't think I could, but rather because it felt sooo intense for me. It actually freaked me out a bit.But now, for this painting, I decided to just go for it anyway.Having added the eyes I of course quickly saw the nose, mouth and jawline - with I then accentuated. And adding the last bit of magic to it, I frantically added the neon scribbles, which was the final touch.Also - my daughter (an artist in her own right) helped out quite a bit on this painting, and added both her signature “Mia”, as well as mine. As she was only 6 years old at the time she spelt it “Hrik”, which I really liked and started using as my moniker from her on out.This pierce comes unframed, on stretched canvas, and that is how it’s sold and shipped.If you are interested in acquiring this piece, I’m happy to supply additional pics, and answer any questions.