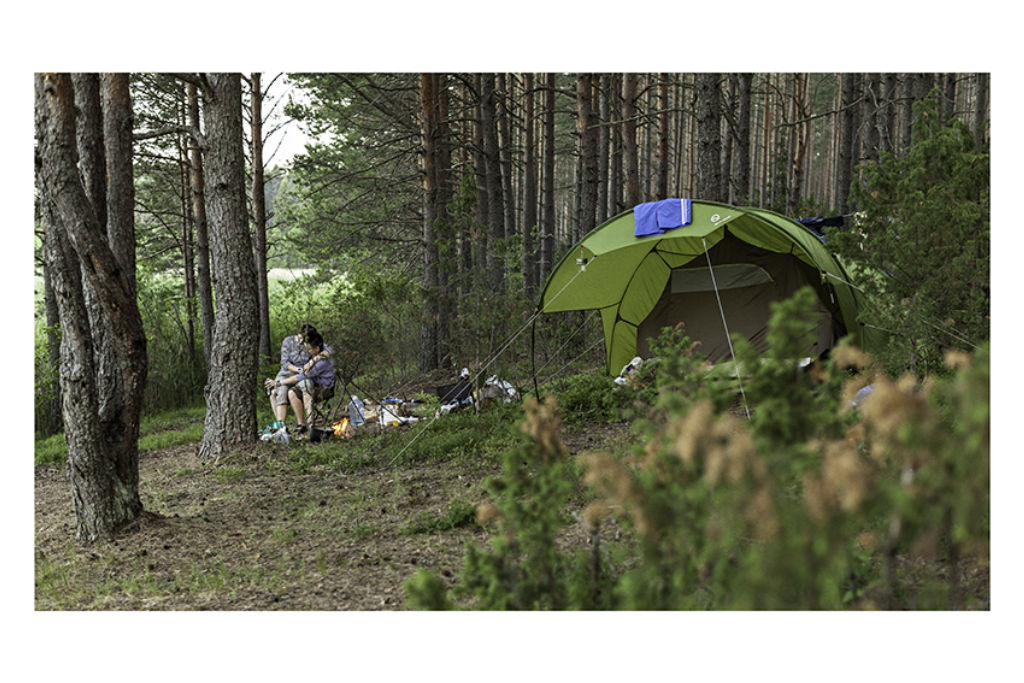 June 11, 2013, the Russian State Duma implemented the third reading of a bill that led to the enactment of the federal legislation which prohibits minors to be informed about “non-traditional sexual orientations”. The same day about sixty people from all over Russia, but also Ukraine and Belarus, arrived to a self-organized lesbian summer camp on a remote island in the same country, and for whom the new law could imply severe consequences. In the photographic series At the Time of the Third Reading / Во время третьего чтения, the affinity between the participants at the camp are depicted, but also an underlying threat that a harsher society imply for people in Russia that do not live according to the heterosexual norms. Almost nine years has passed since the photographs were taken, and many of the activists I met during the years working with the Russian LGBTQ communities, are now living in exile in other countries in Europe. It has become increasingly dangerous to do activist work as many are being harassed and/or are ending up in jail. Quite some moved to Ukraine, as it was considered a safer place and since there already historically has been a continuous exchange between the LGBTQ communities. One of the effects of Russia's invasion is that many years of struggles for LGBTQ rights in Ukraine are now at risk, as well as the close connection and exchange between the queer activists of the two countries.Karlsson Rixon is a visual artist, photographer and researcher. At the Time of the Third Reading / Во время третьего чтения is part of their PhD thesis Queer Community through Photographic Acts. Three Entrances to an Artistic Research Project Approaching LGBTQI Russia (2016). They have an MFA at California Institute of the Arts (1997) and were professor at School of Photography, University of Gothenburg, 2003-2007. They have exhibited extensively since the 1990´s and are represented at Moderna Museet, Gothenburg Art Museum, Hasselblad Foundation, Malmö Art Museum, Norrköping Art Museum and others. They are currently member of the working board of the Visual Arts Fund, Swedish Arts Grants Committee.All proceedings from this campaign will go to Ukrainian Emergency Art Fund for cultural workers and organizations in Ukraine. The fund is established by (MOCA) Museum of Contemporary Art NGO, in partnership with Zaborona, The Naked Room, and Mystetskyi Arsenal – all of which are independent cultural actors.