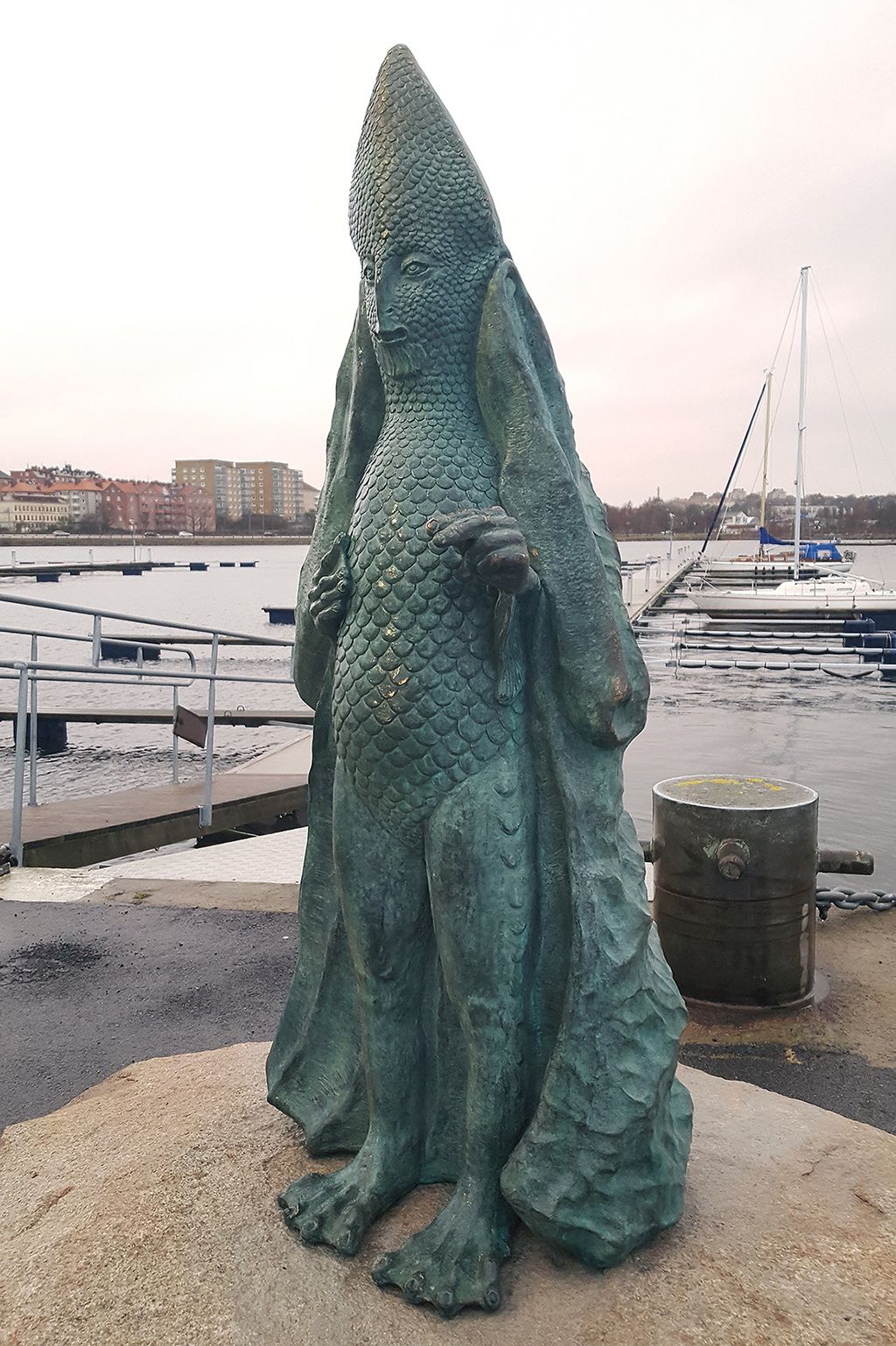 The sculpture Biskup Morski, is located on the City marina in Karlskrona. SwedenThe sea bishop or Biskup Morski was a type of sea monster reported in the 16th century. According to legend, it was taken to the King of Poland, who wished to keep it. It was also shown to a group of Catholic bishops, to whom the bishop-fish gestured, appealing to be released. They granted its wish, at which point it made the sign of the cross and disappeared into the sea. Another was supposedly captured in the ocean near Germany in 1531. It refused to eat and died after three days. It was described and pictured in the fourth volume of Conrad Gesner's famous Historiae animalium, published in 1551 – 58 and 1587.