Anne Vilsbøll’s approach to art grows from a deep interest in the internal waves of the surface/support base and the sign in visual communication. She finds surface and sign have equal importance in a final work of art, which led her to handmade paper, its history and formal characteristics as a means of artistic expression. Her work is created through continuous investigations, which lead to personal expressions in a constant evolution – a work that is visually harmonious and perceptual with tactile and contextual aspects. The lines of actions she follows cannot be categorized under an ism or definitive direction. A world traveller under continuous influence by new surroundings, the knowledge of long traditions of Western and Eastern art history, with studios in France and India, she absorbs her surroundings as paper absorbs colour. All her work means something. The process of making the support for her art work herself she sees as a digestive process from deconstruction to construction. The internal waves in a paper space is to her an invisible text, a collision of unknown territories, a secret language, she uses to enrol herself in the interwoven texture the world is made of. Not two papers are alike. This point of view has an influence on her art. Extractions, layers beneath, that which remains when one has seen, absorbed signs on a highly textured surface, transmutations of forms and colours. What remains, when we have seen and not only looked, are pulled forward in the final expression, which moves in the interval between what was and what will be within us, trying to take us back to a shared consciousness. 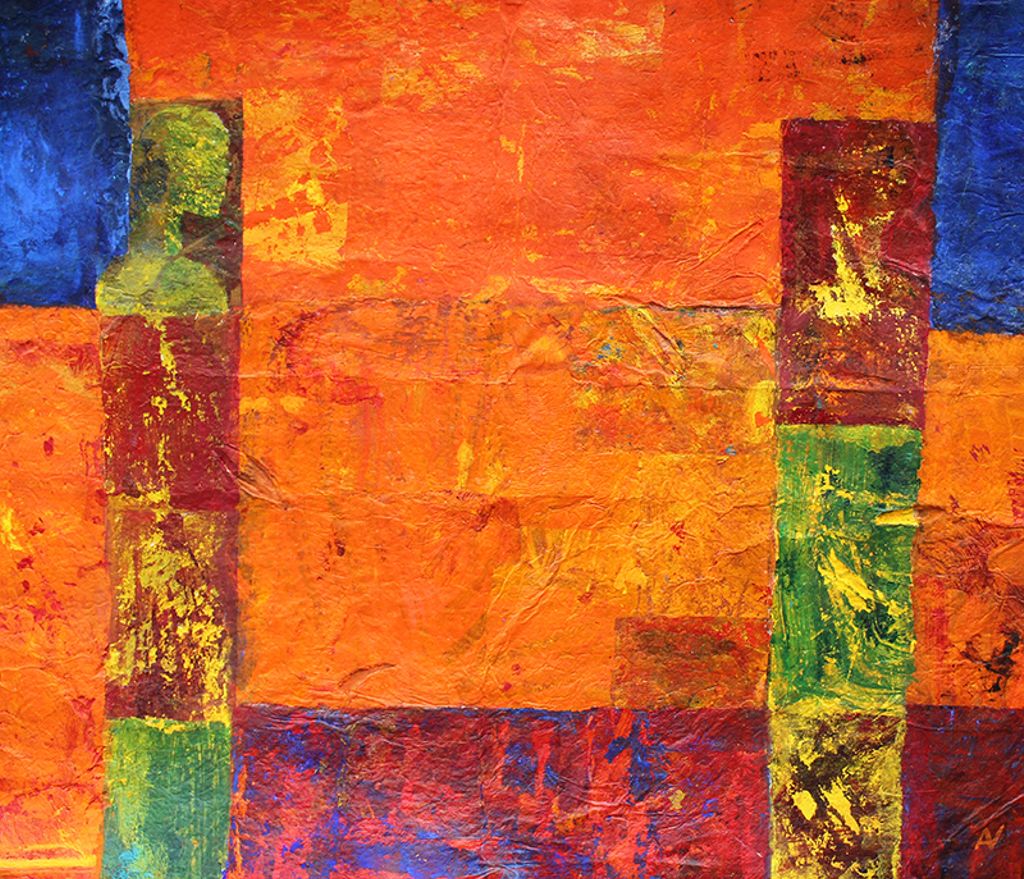