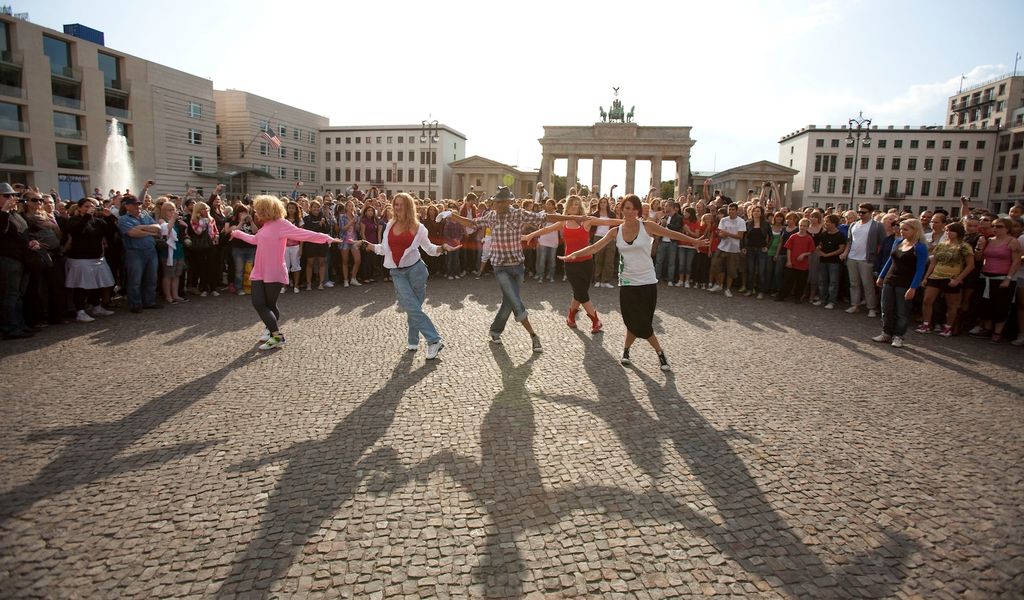 THERE’S SOMETHING IN THE AIR

You can witness, but not see them; feel, but not touch; value, but not spend them. Jim McClelland looks at how to measure the intangible

Intangibles are like melted butter: Hot, slippery and likely to leave a mark. For a business world grappling with the new metrics of wellbeing and wonderment at work, intangibles carry the promise of inspiration and innovation. But how do you manage what you cannot measure? How do you budget for non-financials? How do you order the unknown?

Investment in the happiness and spiritual health of staff and the extended family of stakeholders can pay dividends in terms of triple-bottom-line performance, brand enhancement and positioning. As economic recovery gathers pace and Millennials flood the market, stakes are rising for staff recruitment, performance, satisfaction and retention. As a result, winning differentiators for an organisation and offer of employment are vital to understand and communicate.

It used to be said companies hired on skills, but fired on attitude; the tables now seem turned and it is the prerogative of the new work generation to ‘Follow back’ and ‘Like’… or not.

In fact, not liking work much, or even at all, appears both commonplace and costly. A 2013 Gallup study of full-time US workers found 70 per cent were ‘not engaged’, with a distinct 20 per cent ‘actively disengaged’. According to the State of the American Workplace Report, this unhappy hardcore comprises some 20 million people and their negative attitude is estimated to be losing the economy $450-550 billion a year.

In the UK, national statistics show the working day gets worse for some employees before they even reach the office, with average happiness falling and anxiety rising just 15 minutes into the daily commute. For corporations, a feelgood factor is therefore fast becoming less of a nice-to-have, more of an essential. Forget anecdotal, the business case for wellbeing is being made, monitored and marketed.

The art of being happy

Research by The iOpener Institute has found that increasing happiness in the workplace can reduce the cost of staff turnover by 46 per cent, drop the sick-leave bill by 19 per cent, plus lift performance and productivity by 12 per cent. Compared to the unhappiest employees, the happiest spend twice as much time on task, have 65 per cent more energy and intend to stay in the role four times longer.

So, what are the key intangibles behind contentment in company culture and how can the Arts contribute to their propagation?

An IBM study of over 1,700 Chief Executive Officers from 64 countries and 18 industries highlighted rising business trends of openness, transparency and empowerment (fuelled and expressed in part via social media). Companies that outperform peers were said to be 30 per cent more likely to identify openness as a key influence, embracing new models of working that tap into collective intelligence.

Live performance in music and theatre epitomises such cohort working in talent clusters and, responding to this new zeitgeist of co-creation, flashmobs represent a prime instance of potential for Arts-Business crossover. Companies are contracting-in artists to help choreograph corporate routines and events, involving up to 1,000 individuals. Practice sessions can continue for months, providing rich engagement opportunities with staff from all floors and departments, coming together to share experience and emotion in creative endeavour.

Furthermore, in a recent study conducted by International Art Consultants and the British Council of Offices (BCO), 86 per cent of respondents said they thought visual art more relevant than ever in today’s office environment, with 90 per cent feeling it ‘makes the workplace more welcoming’ and almost 61 per cent that it ‘stimulates creativity in staff’.

However, a common complaint amongst personnel is that the art concerned is hung solely in client-facing areas and so delivers little or no benefit to staff, reinforcing elitist associations and the notion that employees are not culturally worthy even to see the works, never mind help choose. The Leesman Index reports that over 85 per cent of staff were dissatisfied with artwork provision – wrong choice, wrong place, just plain wrong.

The Arts have long been understood to support rehabilitation and wellbeing in social services and healthcare facilities, for example by helping lower blood pressure, manage behaviour, moderate stress responses and encourage engagement. Promoting a sense of coherence and meaning through interaction with external stimuli, art therapy offers a recognised route to enhanced wellbeing. Much of this established thinking and research is now being applied to the workplace, with artists in residence and participatory programmes appearing in the office.

There is also a role here for the Arts to play in communicating the importance of empathy and integrity as personal, community and business values. This trend is being backed at national policy level in many countries, as illustrated by such as the Finnish Ministry of Culture and Education research into working environments as part of its action programme ‘Art and Culture for Well-being’. Known to help individuals makes sense of how the world works, the Arts are now being asked to help make sense of the world of work.

The value of wanting it all

So, who stands to gain most from workplace intangibles? The target generation is often the Millennials; those born in the two-decade run-up to the Millennium, the 1980s and 1990s, so comprising the 18-34 staff age group.

Surveys have identified Millennials as being both motivated by financial status rewards and concerned about alignment of personal and corporate values. This makes them challenging to please, according to Liz Maw, CEO of Net Impact, the leading non-profit looking to inspires a new generation to use their careers to tackle the world’s toughest social and environmental problems, “Millennials do indeed want it all. Our data shows their first priorities in job hunting are work/life balance and the culture of their organisation, followed by compensation and employer values. This generation is willing to move jobs more quickly than any other and continue to seek employers and opportunities that can meet all of their needs, from financial to intangible.”

Looking ahead, Maw can only see economic recovery serving to bolster this trend and fuel Millennial fires, “As the job market picks up, the war for talent will increase, and employees will be able to bring their demands for values and impact into the job more so than during the recession. It’s like Maslow’s hierarchy of needs – after people stop worrying about a steady paycheck, they will focus on greater meaning in the job.”

There is though a clear win-win to be had here for organisations as well, given the human-capital benefit attributed to recruiting job applicants who are aligned with corporate values. A study from culture management software provider RoundPegg found that hiring employees who shared corporate values reduced 18-month turnover rates by over 27 per cent, generating cost-savings in excess of $1 million.

As matching personal values and traits with characteristics of staff units and corporations becomes more explicit in requirements and tested at interview, is self building in fact the new team building?

Will confidence on a personal level, self knowledge and actualisation, lay the foundations for an open and fair culture of honesty and humility to be built at work, to the benefit of teams? Is looking in, the key to reaching out?

The mainstreaming of the mindful

With the office relationship between the personal and the professional in flux, the door is open to a new immersive dynamic, a higher level of consciousness, where the individual and the collective become one. Radical as this might sound, most of us have been there before – just not at work, but more likely in the cinema, the concert hall, or the gallery.

At that very moment when the killer line of dialogue gets delivered, or the searing high-note hit, we are in the moment. We are not checking emails on our smartphone, we are not putting on our coats ready to leave. We are there, in full. This intense and rewarding kind of engagement afforded us by the Arts promotes a sense of connectedness and wellbeing. Open and involved, we are practising mindfulness.

If there were such a thing as a prize philosophy for intangibles at the moment, mindfulness would be that poster boy – so much so that it has appeared on the front cover of Time Magazine. With instructors, courses, therapies, alternative medicines and apps aplenty in the marketplace, mindfulness spend runs into billions of dollars per annum in the US and around the world.

It is big business, and big business has bought it in: Apple, General MIlls, Google, Nike, and Procter & Gamble are all examples of global brands with significant investment and interest in mindfulness practice. At Google alone, over 4,000 employees have already taken mindfulness, wisdom or wellbeing programmes, with titles such as ‘Neural Self Hacking’ and ‘The Software Engineering of the Mind,’ and waiting lists are long.

There is a risk though that meditative techniques will be hijacked by the self-improvement movement. For instance, recasting mindfulness practice almost as mental, or emotional gym sessions, designed to build spiritual fitness and enhance advancement prospects?

Dr Bronwen Rees, Founder, Incubatio, formerly Director of the Centre for Transformational Management Practice, Anglia Ruskin University, UK, is realistic but relaxed about the implications of mindfulness mainstreaming, “Its generic programmes, which are often those taken up in business, have been stripped of their deep experiential and philosophical background. Even so, because mindfulness is basically a process of self-exploration, working with the mind, it is still effective.”

Whilst there might be good emerging data to support the general positive effects of mindfulness programmes on individual employee engagement, wellbeing and performance, plus figures for reduced absenteeism, conflict, stress and depression amongst staff, what are the organisational attributes that might impact on management strategy and move it up the business agenda?

The uprising of the spirit

Much of the commercial and corporate endorsement of mindfulness in the US seeks to emphasise the scientific aspects and shift the focus away from the spiritual roots. Whilst this smacks of business pragmatism, there is perhaps a deeper self-preservation instinct at play and at work, as Dr Rees hints, “When I first set up a team of people dedicated to introducing what we called ‘ethical inquiry’ into organisations, we became aware very quickly that we were potentially destabilising them. In its purest form, it could lead to radical innovation.”

Mindfulness means change and change represents a threat to the status quo and the purveyors of unhappy and unsustainable ‘business as usual’. What Dr Rees is describing sounds nothing like sanitised self-help product for commodification and consumption. It smells like revolution.

“The movement towards wellbeing is unstoppable. As people recognise their critical need for wellbeing and freedom, thinking is beginning to change; what held the organisations in place – desire for growth, material goods, etc – is being eroded. Part of the mindfulness agenda is that it hands power and responsibility back to the individual, releasing creativity that will need to find its place, either within the organisation, or through people motivated to create something for themselves with others outside of existing structures.”

Just as the Arts have the power to engage, to move, to change, so too does this spiritual reawakening of the worker, this full-mind immersion in life. Connectedness is dynamic. There is only a thin line of choreography separating flashmobs from swarm theory and once the masses are mobilised, there is no putting the employee-engagement guru back in the bottle.

Workplace insurgents may meet you at the watercoolers, not the barricades, but the free-minded Fifth Column is recruiting. Be happy: Vive la révolution!