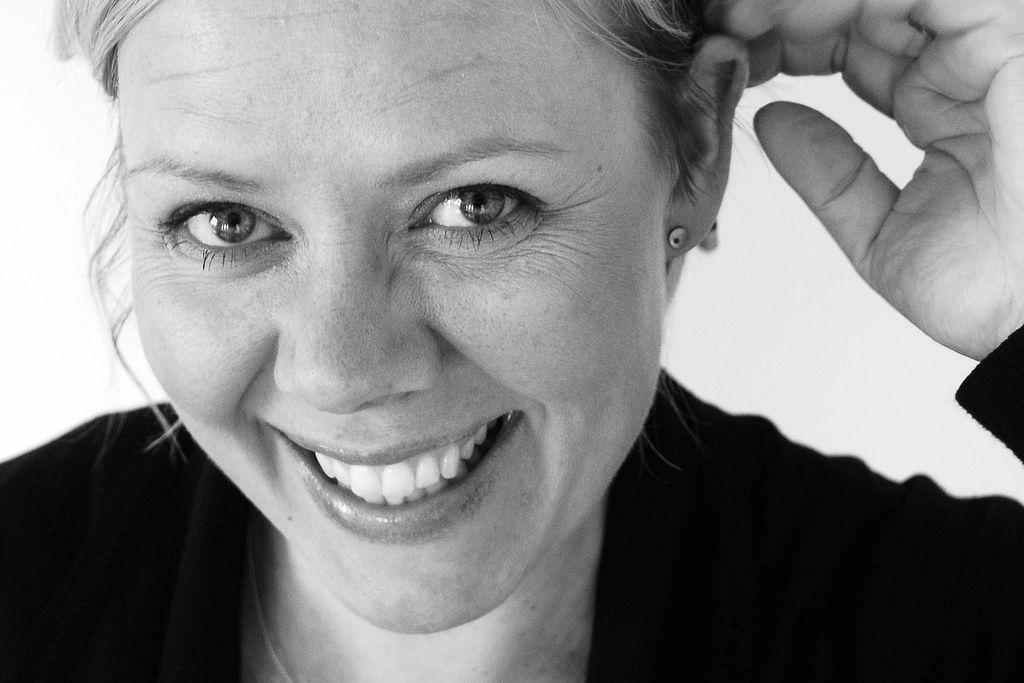 THE UNION BOSS, A WORKSHOP AND A GIANT RUBBER BAND

Pernilla Laurin, head of Unionen Lindholmen, one of Sweden’s biggest trade unions, responds to questions, posed by Jon Liinason of artist-driven staff and organisational development facilitators TILLT, on her experience of an innovation laboratory

Why did you choose to engage in an artist-driven 24-hour innovation laboratory?

Well, despite the fact that Unionen is the largest trade union in the private sector in Sweden, we are still susceptible to the principles of the survival of the fittest and we need to constantly keep evolving.

We felt invigorated and curious as to what an artist-driven 24-hour laboratory could bring about. It certainly sounded exciting and the gut feeling was that it could be an interesting format for kicking off our newly assembled team, consisting of eight staff members devoted to working with service innovation at Unionen Lindholmen for two years.

What was the group expecting?

They had been briefed about the lab being a workshop and a brainstorming tool for answering a set of goal-oriented questions that we had thrown in, such as “How do we recruit 8,000 new members in two years?” and “How can we communicate more efficiently with new sectors?” Other than that we just enthused them to bring an open mind and a playful mood.

Was it difficult for you to put away your leadership role while taking part in the lab?

That was not the main issue for me, but I was certainly eager to make sure everyone in the group felt alright all the way through. But as soon as I realised that TILLT took care of the process management, I let go of that too. I did start to think a lot about the concept of letting go afterwards and the role of letting go in an open innovation process specifically. This was particularly rewarding for me since I have been schooled in a long tradition of working in goal-oriented processing.

It all began with the artist giving each and every one of the participants a giant yellow Pilates
Balance ball with which we were encouraged to make a collectively balanced belly flop. The Metaphor of life-work balance instantly dawned upon me. What with one of our goals for this team being “you are fully pardoned in failure”, this exercise turned out to be spot-on. I can tell you that it took a few bumped noses to find a group-balanced belly flop.

We were introduced to a mission called Silent Walk in which we were supposed to find a specific piece of public art in the area as quickly as possible, without talking to each other. The group was strapped in a giant, fluorescent elastic rubber band, reducing the individual freedom of movement and forcing us to move with the group as one. We were also instructed to change position within the group at least three times during the mission so that we could all try out what it was like to lead and follow within this group. Since we could not communicate verbally with anyone, somebody in the group searched the web for this piece of public art and we managed to find it rather quickly.

Interestingly enough, reactions to this mission were quite diverging. Someone felt that we had cheated since we made use of the internet; others were frustrated after completing the mission and were eager to return to base camp when some in the group wanted to experiment more with the rubber band. Heated discussions on who pulled too hard and who resisted too much followed. Who was in charge? What is the relation between efficiency and motivation? And what really constitutes a successful mission?

Thus, at this stage, questions of core values were being introduced to the group in a rather untraditional manner. It really made us reflect upon who we are as a group and the importance of sometimes playing around at work. The rubber band, of course, became a metaphor for how we could experiment with our goals and frameworks, both on a professional and personal level.

After that we were introduced to a provocative mission called Undercover Friends in which we were to interview random people in the street on their opinion of the concept of trust, using duct tape and the yellow exercise balls as instruments of approach. Instructions were given for us to try to, in as many ways as possible, make contact with people without exposing our identity and to really break out of our comfort zone in doing so. Thus we ended up trying all sorts of things, like throwing the exercise balls at people in order to get their attention. We persuaded them to stay for an interview, we tried luring them with candy, we bribed them and we even forced them to stay for a chat by surrounding them with tape. All in all, it was an extremely uncomfortable experience, I can tell you. Imagine having a ball thrown at you and then being asked to talk about trust. That was really something. It really does hurt to expand on your comfort zone and to do the “un-normal”.

Surprisingly, no one was really intimidated by our unconventional methods of making contact. They were all very curious and interested in what we were trying to achieve (with the exception of that one guy that was taped to a pole on his way to the ferry after work). This resulted in us feeling that nothing in the normal daily routine of recruiting members could ever match the levels of fear we went through with this exercise.

As well as this we had intensive metaphor brainstorming sessions on how to present the required specs for a super-hero suit, tailor made for Undone recruiters, which was intriguing, to say the least. We came up with an interesting final metaphor of Undone being a “Barb papa” in the eyes of our members – soft, caring, flexible and innovative.

Summing up, what was the outcome?

It gave us tremendous energy and insights into how to break the ice when contacting prospective members, and it was a challenging and enjoyable launch of our two-year plan in service innovation at Undone Lind Holmen.

And we were pleased to learn more about working in an open creative process, both on a theoretical and practical level.

It needs to be said that it is difficult to quantify all the results this lab yielded and stack them neatly in an excel sheet; it just does not add up that way. Ideas and concepts have kept cropping up all the time since the lab, but these are often things that really cannot be measured. That, however, does not mean they do not count.

The bottom line for us, really, was increased levels of courage; since we managed to cope with the challenging missions in this innovation lab, we now feel perfectly fine with handling pretty much anything in terms of accepting and actively looking for new conceptual thinking and practices.

All in all, this has been a systematic way of working with creativity in an open process of experimentation, leading us right into the landscape where we want to be for the coming two years, that is to say in service innovation.