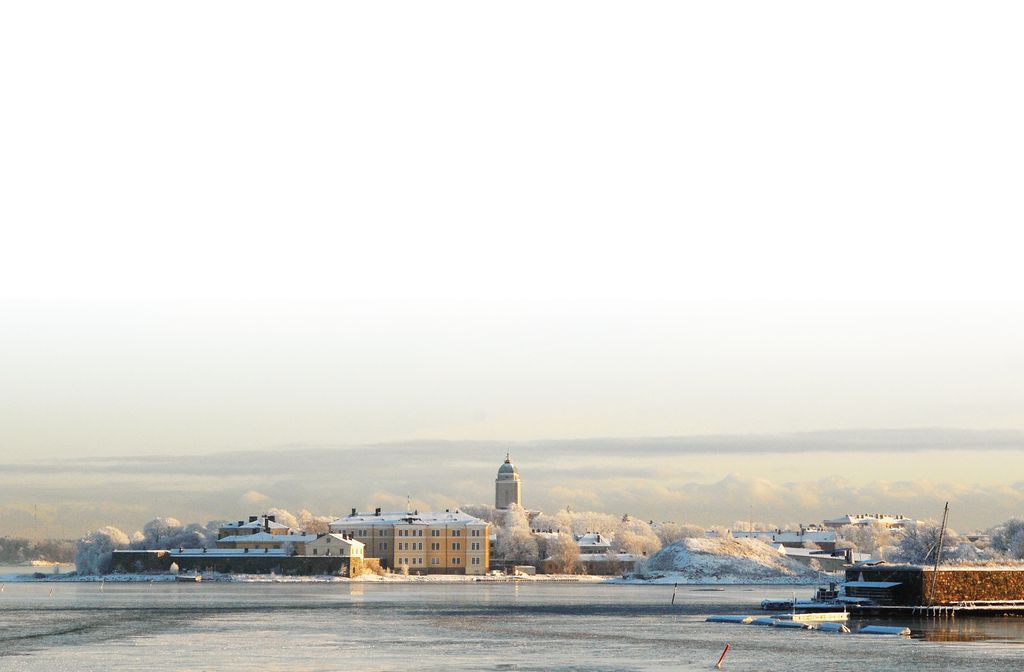 THE BILBAO OF THE BALTIC THAT NEVER WAS

It seemed like such a perfect match: one of the best art museums in the world meets one of the most fashionable countries in the world. But it was too good to be true; exactly a year ago the Helsinki city board turned down the Guggenheim Helsinki by the narrowest of votes of eight to seven.

For many it was a surprising, even a shocking, outcome. Why on Earth would Finland reject such an intriguing offer?

When the Helsinki Guggenheim proposal was launched in January 2011, I was working as the arts and literature editor of the Helsingin Sanomat, the biggest daily newspaper in Finland.

The press conference held by Guggenheim director Richard Armstrong and the Helsinki city elders was definitely the biggest single news event I had come across during my five years at the arts desk.

At that moment it was hard to imagine that anything could cool down the romance between Helsinki and the Guggenheim Foundation.

Whenever there is a plan to invest in culture, there are always those who think the money is better spent on something else

For the Finns, the logic was quite clear. Helsinki is a lively and even trendy arts city, but it lacks cultural landmarks of an international standard. We could definitely use one.

Finland is probably best-known for its outstanding classical composers and world-class musical directors, such as Esa-Pekka Salonen and Jukka-Pekka Saraste. However, neither the Opera House nor the newly built Music House stand out for their beauty or innovative setting.

The visual arts scene in Helsinki is perhaps even less impressive. The Kiasma Museum of Contemporary Arts has not been able to live up to the expectations set in 1998 when the building, designed by Steven Holl, was opened. The museum gets some 180,000 visitors annually, much fewer than corresponding institutions in other Nordic countries.

Both the Louisiana Museum in Copenhagen and the Museum of Modern Art in Stockholm welcome some half a million arts lovers every year, and even the Astrup Fearnley Museum in Oslo is about to reach unseen heights with an iconic new building designed by Renzo Piano.

€30m to be paid, over 20 years, in the Guggenheim Foundation’s licensing fee

These signature buildings draw visitors from near and far. And not just any visitors, but the affluent crowd every city is trying to seduce. Many of those people tour the Baltic Sea in luxurious cruise ships and, as it happens, a large number of them never leave the ship in Helsinki harbour, but decide to save their legs for more attractive sights of Stockholm and St Petersburg.

But surely this would all change with the help of the world-famous Guggenheim brand and the new museum that would make Helsinki a hot spot of the arts world – the Bilbao of the Baltic.

Helsinki is a vibrant cultural centre

In 2012, a feasibility study, endorsing the Guggenheim Helsinki, was published. It said the museum would become a visual arts hub and laboratory; a signature space and a spearhead tourist attraction for Helsinki; an exhibitions centre of international modern art, architecture and design; a social space; and a fifth member of the Guggenheim network.

The total building area of the museum would be 12,016 square metres, including a gallery space about equal to the Guggenheim New York.

The number of visitors was forecast at between 450,000 and 600,000 a year. The study budgeted €140 million for design and construction, €15 million for annual running costs, and €30 million paid, over 20 years, in the Guggenheim Foundation’s licensing fee.

From day one the project gained the support of city management, leading political parties and the leading newspaper. However, this gave the impression that a deal had already been struck without hearing out the people or the arts crowd. Among the grass-roots something malicious started to smoulder.

One of the problems was the obvious contradiction between tourism and the arts. The Helsinki Guggenheim was launched as an arts project and part of its financing was supposed to come from money aimed for cultural institutions. But the cultural benefits were much less clear compared to the advantages for tourism or city branding. In fact, a big part of young and up-and-coming artists saw the project as a black hole draining modest local resources.

The critical voices organised their ranks by the effective use of social media, where different groups from the political left to the anti-art populists and angry young artists were soon pulled together by a common goal: rejecting the big bad “McGuggenheim”.

Whenever there is a plan to invest in culture, there are always those who think the money is better spent on something else. This was inevitable even more so since the euro crisis had brought global gloom to the door step of Finland’s triple-A economy. The crisis had affected the atmosphere in Finland, increasing traditionalism and general pessimism. Not the best time for brave new openings.

On previous occasions the public opposition had been overcome by a united front of cultural and political elites. This time, however, this front was split by ideological and political animosities.

Finland’s capital Helsinki boasts a number of fine galleries, but turned away the Guggenheim – at least for now…

One reason for the rejection may have been in the person of the project’s founder, Janne Sirén, a savvy director of the Helsinki Arts Museum. Sirén, a US-educated intellectual and grandson of Finnish master artist Akseli Gallen-Kallela, is a brilliant and luminary public figure, but has never been able to win the hearts and minds of the Finnish arts crowd. In the ensuing debate, both Sirén and the project were portrayed as overtly commercial and artistically light-weight.

At least with Sirén, the criticism was way off the mark. After the Helsinki Guggenheim meltdown, he was appointed to direct the Albright-Knox Art Gallery, a leading American arts institution.

In hindsight it is interesting to notice how the Guggenheim debate demonstrated the changing cultural landscapes in Finland. Since the 1960s, arts and culture have been the protégé of the political left, whereas conservatives have favoured more material, infrastructure projects like highways, shopping centres and, of course, lower taxes.

In traditional radical thinking, the artist was considered an opposition figure, an outsider in the world of power and money. Lately this tradition has been challenged by a new paradigm where art is seen as a generator of creative economy and an essential part of the tourism industry – and therefore a sound financial investment. Hence, in Helsinki it was the conservatives who backed Guggenheim, and the left and the greens who smashed it.

In the beginning, the Guggenheim brand was a real thrill for the Finns, but it turned out to be carrying some awkward baggage. Google searches unearthed some embarrassing setbacks earlier Guggenheim projects had encountered around the world.

At the time of the Helsinki debate, the Vilnius Guggenheim Hermitage was in deep trouble, the Guggenheim Abu Dhabi was on hold and the Deutsche Guggenheim in Berlin was closing down after years of unspectacular performance. Not so good.

The vague attempts to separate the commercial strategies of the former Guggenheim head Thomas Krens from the more culturally focused approach of Armstrong never quite succeeded.

The great iconic museum buildings by Frank Lloyd Wright in New York and Frank Gehry in Bilbao surely gave the Finns some appetite, but this also proved to be problematic.

When the project was launched, the architecture instantly became the focus of all media attention totally over-shadowing the idea of a museum for the 21st century, emphasised by the Americans.

Looking back, is seems the Americans in fact had a more ambitious and artistically challenging museum concept in mind than the Finns, who mainly concentrated on the two “Bs” – the brand and the building.

In the end, the Solomon R. Guggenheim Foundation was portrayed as some kind of sugar daddy trying to seduce the innocent, blue-eyed Finns, pocket a hefty commission fee, and leave the city of Helsinki with all the costs and liabilities of running the museum.

After the Helsinki let-down, Guggenheim director Armstrong has certainly had some serious rethinking to do. The open and democratic process in Helsinki produced a major upset.

Many Finns have had a hard time swallowing the outcome and some might be dreaming of a second chance with the Americans.

At the time, I was all for the Helsinki Guggenheim, but I don’t believe in second chances. There is no style in them. Second-guessing is simply not cool.

During the Guggenheim debate some young artists and curators came up with an alternative idea of Checkpoint Helsinki, involving many of the same things as the Helsinki Guggenheim proposal, but with a more networked, grass-roots and home-grown approach. It might be a tall order without the Guggenheim brand and the boost it would have given, but art is all about overcoming tall orders and impossible odds.