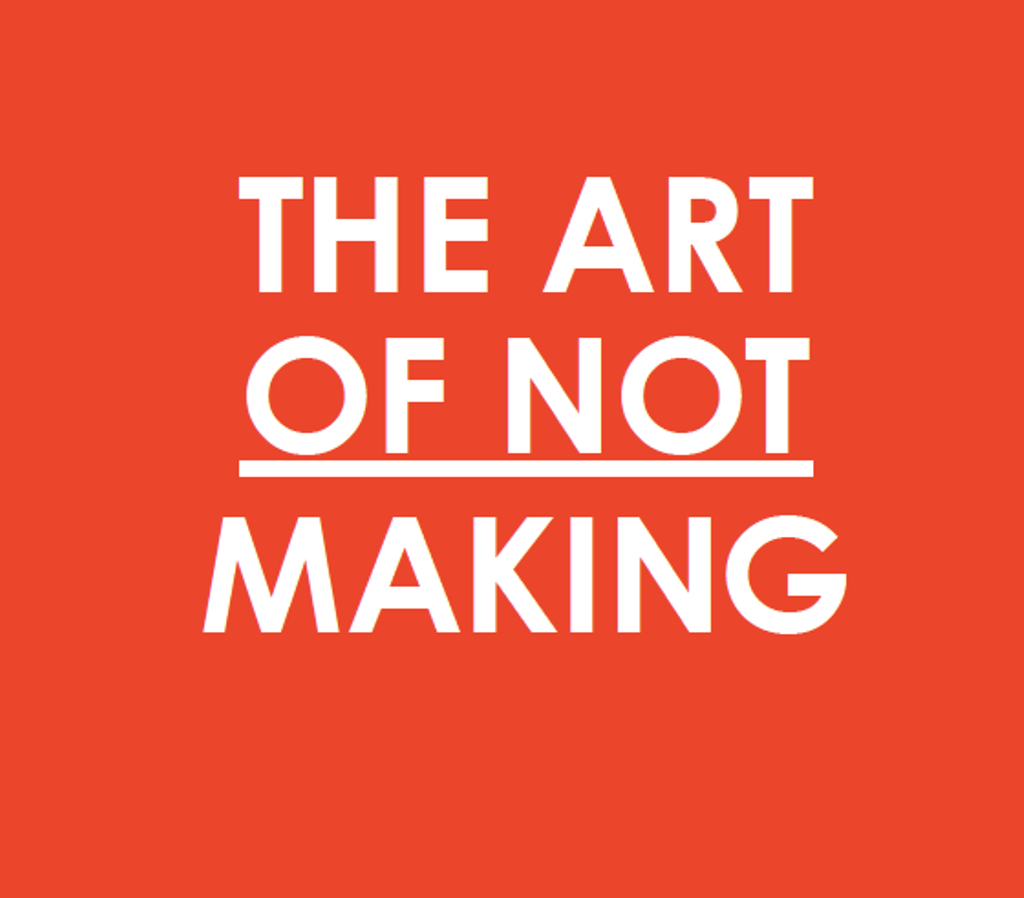 THE ART OF NOT MAKING

Does an artist create with ideas or craft? Former gallerist and doer Jonas Kleerup considers whether artists need to create their artwork themselves

As usual, Duchamp and Warhol did it first. Or maybe it was even the renaissance this time around. The master and his staff of assistants, who did the larger parts of the paintings that the master himself was too lazy (or busy) to finish. We’re talking here, of course, about the old question of authorship. Who made what? Inside the art community no one has ever cared whether the artist did the painting himself or not for a long time now. The whole 20th century took care of that question and freed art from its existing definition. The new meaning of art was not the object itself but the idea. The artist created the idea, his assistants or craftsmen the product.

The show is curated by Jonas Kleerup and Ebba Bozornia

”I don’t design. I don’t paint. I don’t sculpt. I absolutely never touch my works”. The ”sculptor” Maurizio Cattelan, famous for his wax sculptures is one of many popular contemporary artists of the last 20 years who is typical of the concept of artists as creators of ideas and not craftsmen. Many of the biggest names in the contemporary art world work in the same way. Some work with armies of assistants to do their paintings and sculptures. And at least the art market approves of it. A Jeff Koons balloon dog set a new record for a price paid for a work by a living artist (almost $60 million). Koons calls his artworks ”transponders of art” and claims that they are just plain objects, but that the art, the idea, can be felt through those objects.

In an attempt to try to capture this process, american artist Michael Petry has produced a book called The Art of Not Making [Thames&Hudson] which shows this tendency in the art world. It’s a mere reflection of our time, and some of the art we’ve seen around museums and galleries in the last years. Perfectly crafted objects that act as something solid in our digital era, that echoes both the idea of the artist as craftsmen and as author of ideas.