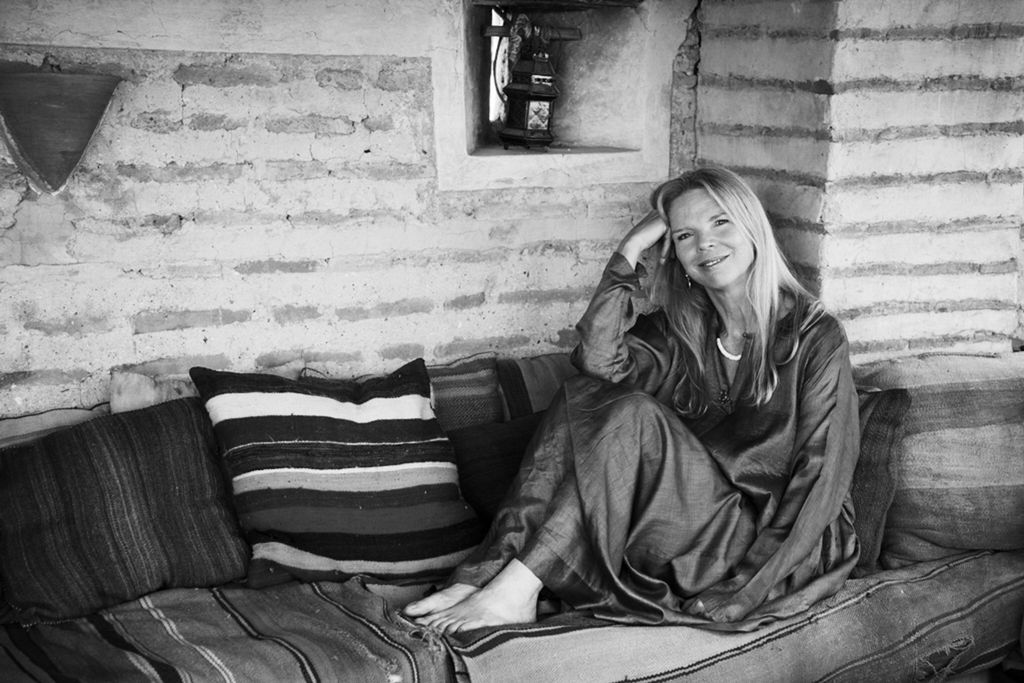 PUTTING DOWN ROOTS IN MARRAKECH

From love affair to legacy, Vanessa Branson explains how the arts are the secret jewel in the Moroccan crown

Marrakech has long been a city that has inspired creative thinking, be it writing, film-making or painting. Yet artists have tended to visit and move on rather than stay. There are no schools of art or architecture and until this year there haven’t been any public galleries exhibiting contemporary art. The museums are thin on the ground with poor displays apart from the Berber collection at the Marjorelle Garden which is beautiful and well worth a visit.

We opened a majestic ancient riad, El Fenn, on the edge of the Medina in 2003. We were accidental hoteliers really and were actually intending to buy a little place for our personal use. However, when we viewed the ruin, we fell in love and bought it late one evening. In the clear light of the next day, we realised it was enormous – so we had no option but to turn it into a hotel. Ten years on, El Fenn has 26 suites and 55 staff – quite some accident.

The Marrakech Biennale was founded the following year in 2004 and has steadily been gaining momentum. Now approaching its tenth anniversary, it is firmly established in the international arts calendar. It not only commissions new works, but acts as an umbrella for emerging arts organisations. It provides a hungry audience and generally stimulates a contemporary culture to root in, celebrating visual arts, film and literature, and providing a platform for debate between cultures and different artistic disciplines.

There is now always something of interest to engage and stimulate

The city has seen many changes since we began, many of them for the better. The enriched cultural scene encourages visitors to return again and again, rather than just come and “do” the town and move on. There is now always something of interest to engage and stimulate.

This in turn encourages young designers to give traditional Moroccan styles a new twist and restaurants to up their game knowing that their audience is increasingly discerning. There is a positive knock-on effect on new building also.

When we first bought El Fenn, we were told that in Morocco anything is possible, but nothing is certain. I have never forgotten these words and it is a wonderful environment to turn ideas into realities and make dreams come true – oh yes, you have to keep your sense of humour too.