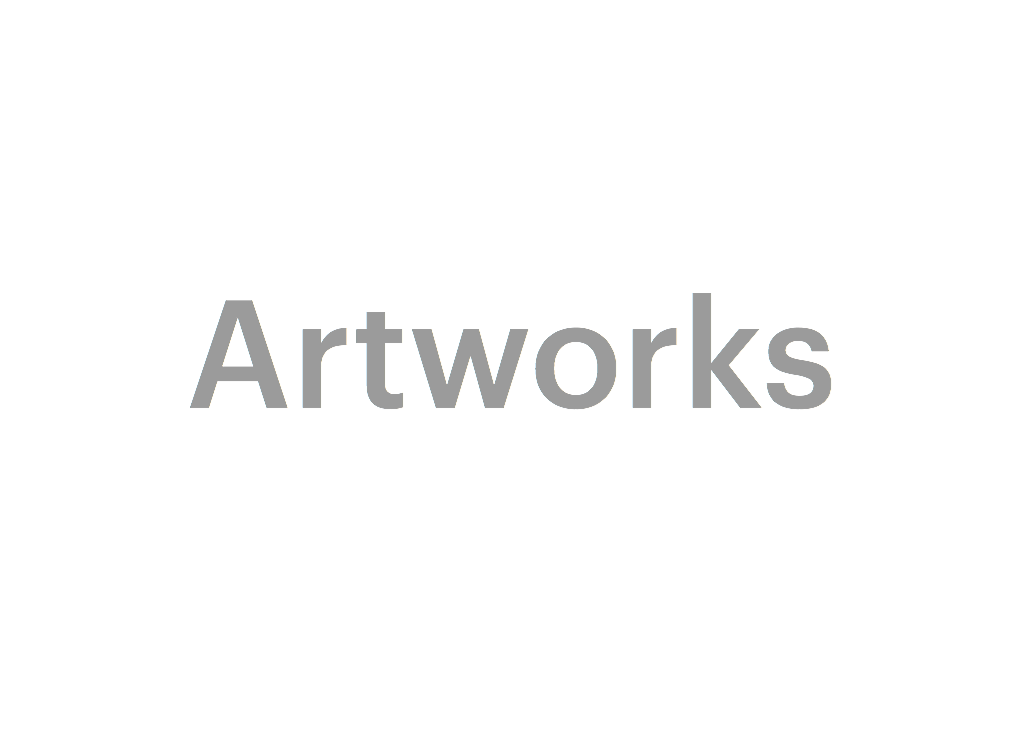 Professor Ariane Berthoin Antal, of the Social Science Research Center Berlin, describes how a group of Swedish factory workers embarked on a journey of change with actress Victoria Brattström

Imagine that you are a manager responsible for a project that is bringing an artist to work inside your organisation for several months. Or imagine you are the artist entering the foreign world of the organisation. And what about putting yourself into the shoes of an employee just having learnt you will be engaging with an artist in your factory? How are you feeling? What kind of value do you expect this will bring?

In the seconds it took you to read the three invitations to step into the shoes of each of these people you probably experienced a flurry of different reactions, with one common element throughout: uncertainty. What value can come of such an undertaking?

Many artists constantly live and work in frames of uncertainty, but organisations are usually designed to create a sense of clarity and predictability, so neither managers nor employees tend to feel comfortable with journeys into uncharted territory at work. Exploring and pushing boundaries is what artists do, but not usually inside organisations and alongside employees. Therefore, all the participants in an artistic intervention in an organisation are embarking on a journey whose process and destination are both new and different each time. When artists and members of an organisation decide to travel together, they have the opportunity to discover something new because they have to chart a fresh way towards places that cannot be precisely defined in advance.

In the pages that follow, I offer glimpses into such a journey, drawing on interviews, observations, email exchanges and a survey I conducted in a Swedish factory of stone wool insulation producers Paroc AB.

I present the case from the perspectives of the managers, employees and artists in three steps to illustrate first how opportunities for learning adventures begin, second how the itineraries take shape and third what kinds of value the participants discover when they look back on their journey

The journey point of departure

At a meeting of senior HR managers, hosted by Paroc AB at its plant in Hällekis, south-west Sweden, Lars Lindström heard the guest speaker describe how artists had accompanied other organisations on journeys of change. Lars, like other managers, was sceptical at first because bringing an artist into the workplace was not a common approach. And the idea was most definitely not an obvious match with a company that produces insulation material from stone wool, using rocks from the Swedish countryside. But then, the very fact that it was uncommon is what triggered him to take the idea seriously because his company had already tried addressing organisational development challenges in traditional ways for many years and he realised they needed to try something new if they wanted to achieve something new.

As a theatre and film director and trained actress, Victoria Brattstrom was tempted to work with employees in a production site because she is “interested in exploring how the tools of the creative process, which are my everyday tools, work in new areas, under new conditions, and to see how I can – how we can – sharpen and develop these creative instruments so that art can interfere with and intervene in society.”

Lars did not know exactly where the journey would lead, but as human resources manager at the Scandinavian headquarters of Paroc, he knew the organisation needed to move, so stepping out to try something new was essential. He talked with the management team, the plant managers and the trade union representatives, and he informed top management at group level. Together they agreed that they should book three ten-month long engagements with artists in Sweden right away, two for production plants in 2008 and one at headquarters the following year. Lars and his colleagues wanted to indicate clearly to the employees that they believed in the process. They saw the engagement with an artist as a way of helping people make sense of the numerous changes underway in the organisation. They then defined issues that the first residency should address at one of the plants: increase knowledge and pride in being an environmental company; increase pride in employees’ own work; increase co-operation across the company; facilitate organisational and leadership development; and increase capability to innovate.

But the destination was not foremost on theatre director Victoria’s mind: the process of exploring the unknown is what she wanted from the trip. She had to start by trying to understand simultaneously “what was the need, the hoped for destination and the reality” in the organisation. And she did this in her own way, “body and mind having the courage to jump into the unknown question of ‘how?’”

The Paroc employees in the rural setting of Hällekis first learnt about the decision to embark with an artist from rumours and a magazine from artistdriven staff and organisational development facilitators TILLT. The cover of the magazine had a photograph of a ballet dancer, so of course people wondered… would they now have to dance on the shop floor? This was one more demand from management that did not make sense to them. When Lars presented the project, the reception was not warm. Gabryjel Blom, a young forklift operator, said he was so uninterested in what management had to say that he fell asleep, until Victoria got up and engaged him and the others directly: suddenly he felt energised. He still had no idea of what the destination would be, but he sensed that something unusual could happen in this venture.

Victoria had a sketchy itinerary when she first stepped on to the bridge with Paroc, because TILLT provides some general milestones for the ten-month-long journey of artists in residence: the responsibility for actually developing a plan lay with the project group that had been created to lead the Hällekis plant voyage. Victoria met with that group each week, and she spent time getting to know the foreign environment and its people, visiting every shift in production.

Lars had asked each department to delegate a member to the project group, specifically excluding senior management in order to maximise employee leadership of the journey with the artist. The project group put up special notice boards and idea boxes all around the factory to encourage as many colleagues as possible to shape the plan, and participate in the journey. That was not so easy because people were sceptical and busy enough already. Nevertheless, the activities of the project team and Victoria’s visits around the plant had an effect: many ideas did come in, from which they selected those that related best to the general objectives management had defined at the outset.

The group decided to dare to do something that had never been tried at the plant: to bring together employees from the two factories on the site. They organised a series of events to kick off the plant-wide journey. Playful events. “It was important to break the ice and get people to have fun at work. Imagine, some of the people had not even shook hands in over 30 years.”

“Make sure you do it from the ground level up, not top down.”

Some employees decided to document work at the factory with photographs in a very new way. “When you work in the factory, you often become one with the machine. In the 1970s in Sweden lots of artists came into factories and took pictures, but usually of the machines.

We wanted to highlight the humans who make the machines work. We wanted people with machines. We make this factory work.” Other employees decided to record the sounds in the factories that accompany their work throughout the day and night shifts, thereby giving value to features of their environment that are rarely attended to consciously.

The project group also organised a competition, inviting their colleagues to submit photographs, short stories and poems. What does this have to do with making stone wool insulation? “We wanted to mix the world of work, which is cold and structured, in which we spend our days, and the world of culture in which we spend our free time, which is human.”

The ideas came from the employees and the project group made it happen. So what was the role of the artist in the Paroc journey at Hällekis? Employees recalled later that “she was the energy”. With it she could release employees from their self-limiting definitions of a situation. An employee described an interaction with an older colleague “who said ‘this is shit…everything was better in the old days’. Victoria talked with him a long time and tempted him to try. He totally fell in love with Victoria.”

Other employees explained: “Without her, we would have done something like every other project.” “We’ve been here for many years, we know the routines. We know how the collective mind works. We needed someone to open the box, even throw the box away.”

Looking back: was the trip worth it?

Lars is quick to point out that there were other processes underway as well, so this result was not due to the artistic intervention alone, but he believes that it played an important part, providing “lubrication to help succeed in other projects as well, instead of being just another project that consumes resources”. Participating in the journey helped people understand the processes in the company, not just their own bit of it. Another indicator for management that the trip was worth it came from the external auditors. “The auditors noticed changes; they came to the factory and noted in their report afterwards that they had seen a big change in how people had responded to their visit this year. People were much more open to sharing knowledge, much more co-operative than in the past.”

When the employees are asked about what they valued about the experience, it is not surprising that increases in efficiency and the praise from the auditors are not the items on the tip of their tongues. What they value most are the personal benefits from having been actively involved in an unusual development process. The benefits from engaging with artistic practices spill over into their private lives as well as their work. When Gabryjel explained the connection in the keynote address he gave at an international conference in Brussels, he said: “Culture is what we do as humans that enriches our lives. We come to work to get the salary that allows us to lead our lives. We do our work, we take pride in it – why not enrich our lives at work too?”

The members of the project group emphasise to others who are considering taking a journey of their own:

For Victoria it was “definitely worth the trip”. As an artist what she found particularly valuable was the “creative resistance” with which the employees engaged in the relationship with her. Working together in artistic interventions cannot be reduced to harmonious agreement: creative resistance ignites energy and sparks ideas.