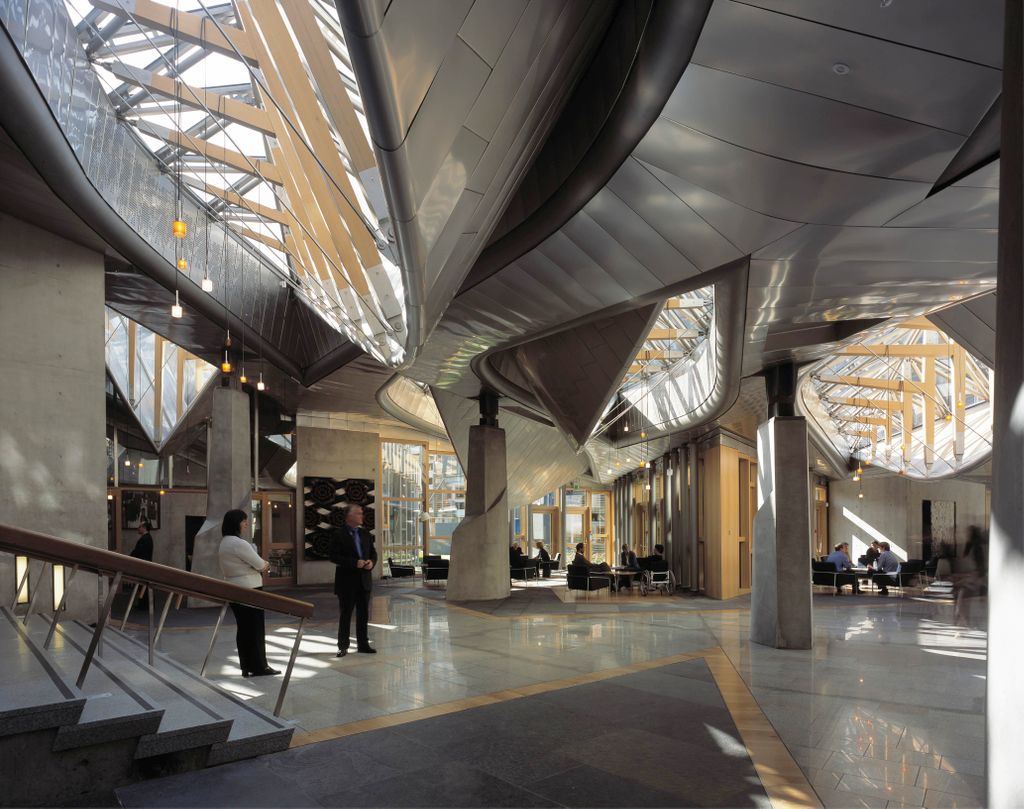 We move constantly between different kinds of space, time being one of them, and our own rapid transportation system is our imagination. We cant stop it. We are wired to speculate and innovate. Our mental graffitti is all over the place.

In fact, we are prepared to pay serious money to those who can teach us how to break the flow, giving us time for a breather away from our own creativity, changing stressfulness to mindfulness. We are in constant need both of spaces that can both let us loose and cool us down.

The way we use a space is normally both as we are told and as we imagine the possibilities could be, at the same time. We take short-cuts, climb fences and investigate abandoned underground stations. We sit at the stairs rather than at the intended bench if the sun is shining there. Even on a bad day we are an inventive kind of species.

A great building must begin with the unmeasurable, must go through measurable means when it is being designed and in the end must be unmeasurable – Louis Kahn

The architect Louis Kahn said that if he had not become an architect he would have been a writer. Being an architect today is probably the profession with the greatest potential for interdiciplinarity. You can be writer, artist, communication strategist and designer all at once.

The artist Sophie Calle created the phone booth of her dreams in the middle of Manhattan. She decorated it and filled it with stuff that she thought belonged in a phone booth apart from the phone; like free cigarettes, fake flowers and sandwiches.

The writer George Perec wrote a book constructed like a building. Life: A User´s Manual takes the reader through the life of a residential building in Paris and the lives of its inhabitans. The first chapter, entitled On the Stairs 1, begins: ”Yes, it could begin this way, right here, just like that, in a rather slow and ponderous way, in this neutral place that belongs to all and to none, where people pass by almost without seeing each other, where the life of the building regularly and distantly resounds.”

Art can often take place in the intersection between the outer, the preceived space and the experienced inner space. Artists have explored at length what space can mean and have developed numerous strategies to engage in dialogue around space-making. It is precicely this ability to explore multi-layered possibilities that makes art such a desired area of expertise for architects and urban developers.

So how can it be done? What kind of tools can we apply in our organisations right away and start making new thoughts, new meeting places, new buildings and new cities? To create something innovative you need a creative process. That doesn’t mean it has to be difficult or even complex.

The first tool is agility. Agility means quick and elastic. A quick and elastic process structure is one where you agree you do not hold all the answers (and probably not even half of them) that you will need on your way to make small, well-defined steps which can be evaluated before the next step is taken in the process. Prototyping and testing, not only physical enviroments, such as a classic architectural model, but also ideas and questions through earnest dialogue in workshops and through focus groups, follows.

The second tool is adopted perspectives or what simply can be called playing. To play means to move into a temporary, agreed framework for a limited time. It’s putting yourself in someone else’s shoes. Let’s spend two hours on creating a city only for kids to live in. Let’s build a neighbourhood where the sole purpose is to make people fall in love as easily as possible. Let’s build a hospital that makes you laugh; something that multi-tasks as facilitator of education, a square for tranquility and solitude. Let’s build something that only takes into account how it would function for a blind person.

The purpose of adopted perspectives is that they aid us in stepping away from what we think we know about how things should work, as our experiences are not only possibilities, but also limitations. We can freely explore outside hirearchies.

Everyone could turn out to be the expert on hospitals that make you laugh, so you might as well involve the whole office. Adopted perspectives can be evolved endlessly; changing perspectives being a nice spin-off.

Think about how much more creative and fun stuff happens when you ask people about their favourite ugly spot rather than their beauty spots or ideas for improvement. It is the methodological equivalent of putting up a sign saying ”Please walk on the grass”. In this space, you are allowed to step outside normative thinking. You can always crawl back later if you miss it.

The worst-case scenario tool is just one example of how failure can be used methodologically. It’s very simple. Sit down in a small group; dream up a future worst-case scenario for your enterprise, business or even field of dicipline. Dont be shy; do the all-in apocalyptic movie-poster version with as many gory, but relevant, details as you can think of.

Now, take your worst-case scenario and decide on a couple of projects you can undertake with this scenario as a starting point and which involve other people, preferably an audience or target group. Do a couple of small ones and a couple of big ones.

In the Agenda conference, Communicating the Museum 2013, in Stockholm, one of the workshops I conducted was around failure as a possible asset. What kind of projects came out of the one-hour workshop with a mixed group of nationalities and diciplines within the communication sector of the museum world? We ended the workshop with the worst-case scenario exercise.

A new format of ”Big Brother” was concieved where the focus was on personal conflicts within an institution. An open call was planned where the museum asked its audience to explain why a museum is important.

Regular working lunches with people who provoke you in interesting ways were suggested. All the ideas generated were possible to execute right away within existing organisations and were considered to be absolutely valid for further development. Changing your mind through new perspectives can be a key for transformation of space.