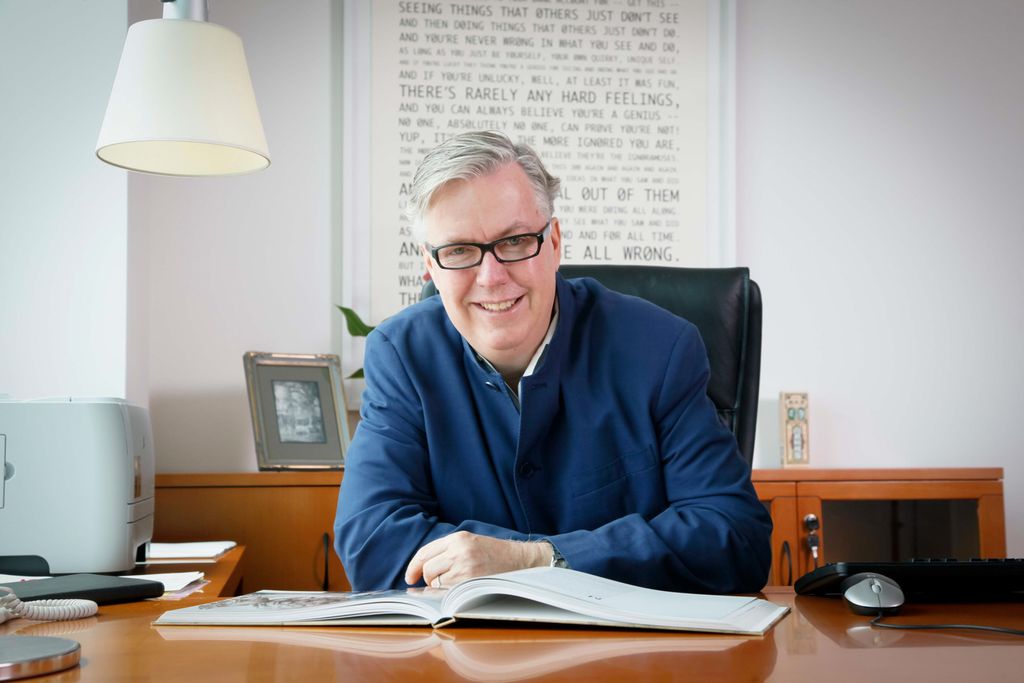 As one of the world’s most influential people in the arts and currently living in Hong Kong he has traveled all over the world. Lars Nittve, executive director of M+, explains why he loves Umeå

I have to confess, I only discovered the city of Umeå 15 years ago. But that discovery led to an instant love affair that has lasted ever since.

Umeå is truly a city of contrasts. It is in many ways the perfect portrayal of the picturesque Sweden, and yet so un-Swedish. And when I say un-Swedish I mean it in a good way. Not in a ‘what-an-un-Swedish-electrical-installation-you’ve-got,’ that would make anyone nervous. But un-Swedish in the sense of a fantastic ‘can do’ spirit, a desire to break new ground and to accomplish things.

The city of Umeå has got a remarkable arts scene.

Umedalen Sculpture Park, a private initiative formed from a 20 year old collaboration between Balticgruppen and Gallery Andersson Sandström. The sculpture park is a place where you can go skiing in the winter and walking in the summer among sculptures by the worlds leading artists such as Anish Kapoor, Louise Bourgeoise, Anthony Gormley and my personal favourite “Umeå Prototype” (1999-2000) by Serge Spitzer.

Or watch the delightfully bold Bildmuseet, internationally respected and now in an astonishing new premises on the river bank of Älvstranden. This year’s exhibition calendar should make every museum with any self-esteem green with envy.

In the same group of buildings you find the Umeå School of Architecture, the Umeå Academy of Fine Arts, not to mention the Umeå Institute of Design, which is ranked among the absolute top design schools internationally – German’s Red Dot Institute gave it the number one spot in 2013.

And I can go on! Umeå is a city that punches far above its weight. Not the least when it comes to the arts. So why is that?

Perhaps it is the relative absence of old and deep rooted traditions, despite its great history. Or is it the work-a-holic friendly dark winter months? Walk by the Design School at 3am in February and you will see it full of students from all over the world working away on their projects. Or is it the sense of isolation, far away in the north, leading to overcompensation?

It is certainly all of that, but perhaps it’s also true that Umeå offers an extraordinary example of fruitful cooperation between the arts and business – a theme close to the heart of this magazine.

Real estate and industrial company Balticgruppen and its principal owner Krister Olsson has over the years not only given the city it’s sculpture park and also selection of buildings of architectural world class, but also through great entrepreneurial patronage worked with Umeå University to create the art campus and helped to attract leading international experts to its schools and institutions.

This is so typical of Umeå, thinking outside the box, finding smart solutions and new ways ahead. The motto being ‘can do!’ There is a lot to learn here for civic leaders all over the world. Go to Umeå!