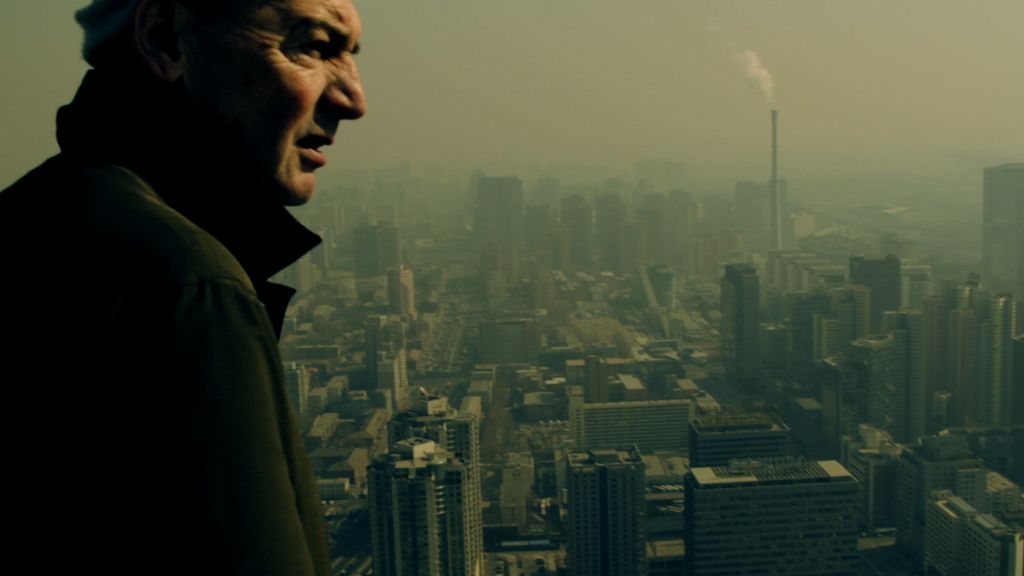 Tomas Koolhaas hopes to have his new arts documentary finished by the end of the year. It has, he says, been an exhilarating journey, but not an easy one.

“Film-making is tough,” he says. “Every idea has to be pushed through; everything has to be justified within the budget. An artist just has himself and his canvas. Film-making is more like the army – it’s all about co-ordination. In these ways it’s very much like architecture – a creativity that has to go in front of sounding boards of wealthy people or appointed experts who are, often, not people who understand those ideas. Architecture can be frustrating, even humiliating.”

Stills from REM, a documentary by Tomas Koolhaas

And Koolhaas might well know. The 33 year old’s special insight comes not only through his film’s forensic study of the practice, but also from personal experience: the celebrated Dutch architect Rem Koolhaas is his father. He – and more specifically his particular concern for the way a building interacts with the people actually using it – is also the subject of his documentary.

Nepotism? Access, certainly, although Koolhaas junior suggests that even that was granted only after a suspiciously intensive assessment. “Rem is not going to back someone’s pitch unless he’s convinced you can do the job, not even if you’re his son,” he says. “In fact, you’re judged by a higher standard. The instinct is to cut against the accusation of nepotism.”

More photos from his documentary REM

That said, perhaps precisely because of the business skills that successful architectural work also embodies, at least a few big names in architecture have had similarly creative offspring, and in those arts requiring a certain skill with people too. These include, for example, the late Louis Kahn whose son Nathaniel is, like Tomas, a documentary film-maker, who in 2003 also released a film about his father; while Jon Pawson’s son Caius is in music A&R and band management, although yet to record a song about minimalism.

You’re more likely to be creative if you see creativity in action around you, wherever that is

However, sons and daughters of successful architects may, in fact, be put off joining the same profession. “I’ve never had any inclination towards architecture – it’s a pretty brutal profession,” as Tomas Koolhaas puts it.

That is no great surprise. According to Cary Cooper, professor of organisational psychology at Lancaster University Management School, not only is the child of a parent notably successful in a particular career likely to push against following the same path, “but if a parent is so successful the child invariably feels like they could never match it, so he or she is likely to be creative in another arena, even if a similar one: the son of a great Shakespearean actor makes his name in light comedy, for example.”

But could that creativity have stemmed from the environment in which said child is brought up in in the first place? This, as psychologists will point out, is the $64,000 question, being at the heart of the classic nature-nurture debate. Cooper stresses that the science presently leans towards nature: that you need the predisposition towards creativity to begin with, which may or may not be a genetic inheritance. “But it’s what happens in the environment to channel that creativity once inherited that matters,” he adds. “It’s whether you’re encouraged at home down that creative route, as well as what happens in your schooling, among your peers and so on. You’re more likely to be creative if you see creativity in action around you, wherever that is.”

Cooper has one important rider, however. Creatively successful parents, perhaps inevitably, tend not to spend too much time with the kids, potentially nullifying any influence in that direction. And Koolhaas, who wouldn’t want anything read into the fact he calls his father by his first name (“it’s a Dutch thing,” he says), concurs. Inevitably Rem travelled a lot during Tomas’s childhood and still does. Nevertheless, he certainly likes the idea of continuing the Koolhaas creative line.

“It was probably nature and nurture,” he says, noting how his mother is also an artist and his sister a photographer. “But, of course, it helps to grow up in an environment in which creativity is expected, in which you’re exposed to ideas and free thinking from a very young age.”