ART IN THE STUDENT ENVIRONMENT

Since the start of Lars Strannegård’s presidency at Stockholm School of Economics, art has taken a central place in the school’s education – literally. Anyone who visits the school is engulfed in a diverse art experience. In the last part of the interview, we spoke to Lars Strannegård about these initiatives and what can be learned from the related controversies.

Lars seems satisfied with how the increased focus on art has worked out so far. The focus on art has been the main sources for gaining external funding in recent years, since it reflects how the school offers an education with extremely high ambitions. The number of applicants to the school increased last year and the school has been mentioned as a “contemporary business school” in the Financial Times.

The art initiatives at SSE started with a collaboration with Magasin 3, when David Neuman offered to help SSE curate a video art exhibition with some of the most prominent female, international artist of today. Now, SSE continuously showcases video art installations in the main atrium. Later, the initiatives were backed by funding from the Lena & Per Josefsson and Ragnar Söderberg Foundations, as well as support from Daniel Birnbaum at Moderna Museet and Sigrid Sandström, professor at Royal College of Art.

SSE has initiated a number of different art related projects at the school. The school has a Center for Business Arts & Culture, a research group with a unique focus on art and culture. SASSE Art Division is an art project operated through the student association (SASSE). The real trick is to have an organization, Lars says. SSE Art Initiative is the school’s hub for all the initiatives is led by its hard working director, Isak Nilson. Its goal is to promote knowledge exchange, production, and transfer through art and humanities.
One indication of the accomplishments so far is the symposiums that the school has hosted in collaboration with Moderna Museet. These symposiums have attracted 700 to 1000 registered attendees. The talk was moderated by one of the students as SSE, further reinforcing the direction that the school is taking.

That’s the exactly the point, Lars arguest, to make SSE a more intellectually exciting meeting place, where you can ask the real questions.

“All of this makes the education better and more attractive, more like an academy should be I think. You ask the big and important questions of the students, who are really smart. You shouldn’t just stroke them the right way.”

This is one part of the challenge of the pedagogical approach. In relation to this critique, pedagogy is extremely important, suggests Lars. “The challenge then is to find the right balance between being too didactic and saying too little about the art at the school.”

Strannegård takes another of the most widely talked about artworks at the school, Awakening by Meta Isaeus-Berlin, as an example. The artwork, which essentially constitutes a bathroom with a constantly flushing toilet, has been criticized for taking up space, being pointless, and giving away annoying sounds.

The art should have an “itching function”, it should be a little irritating, Lars says. “Like what is this damn bathroom doing here? And why are these other things here, what have they got to do with anything?” If you are to become a really good business leader, Lars argues, you must have the ability to critically analyse objects, and seek to decipher their meaning and importance. That’s the element of cultivation and education. 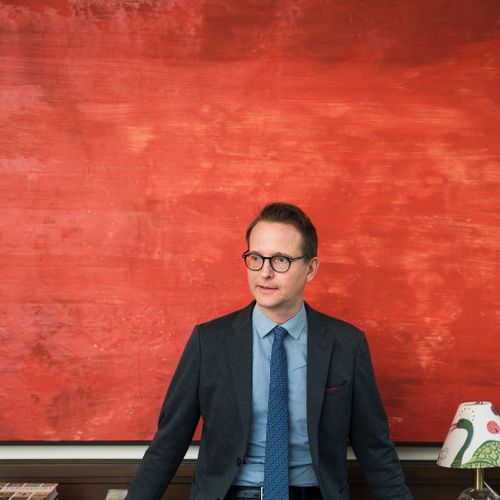 Artworks Petter Bladlund sat down with Lars Strannegård, the president of the Stockholm School of Economics, to talk about how a more diverse approach to business education can help foster a new generation of business leaders. How? Clue 1: Art.
5 min read 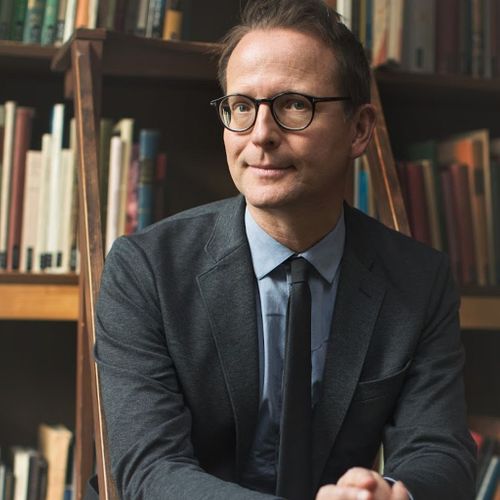 In our second part with Lars Strannegård, we discussed the challenges to feed art in a traditional business education.
3 min read

Artworks Petter Bladlund sat down with Lars Strannegård, the president of the Stockholm School of Economics, to talk about how a more diverse approach to business education can help foster a new generation of business leaders. How? Clue 1: Art.
5 min read

In our second part with Lars Strannegård, we discussed the challenges to feed art in a traditional business education.
3 min read