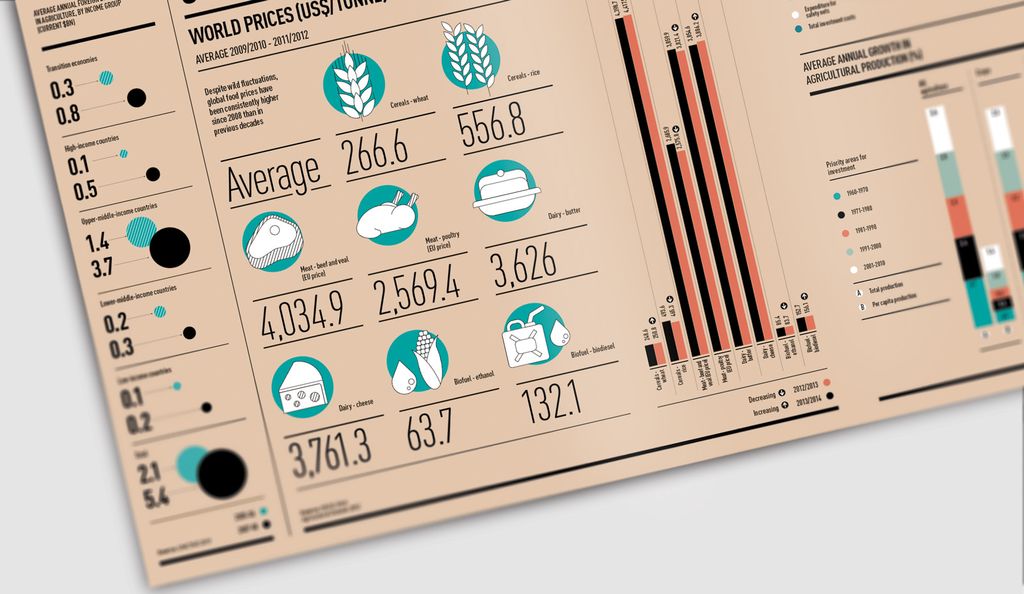 THE CONVERGENCE OF MARKETING AND JOURNALISM

The term “infographic” went mainstream on the internet pretty much as soon as the online marketing industry discovered the tremendous attraction people felt towards visual displays of information.
After 2009, all sorts of data illustrations started invading our social media streams, gaining their momentum with the help of popular websites, such as Mashable, and also taking full advantage of the rising importance of visual content for social media marketing.

“Social media marketers and the SEO industry have built infographics into a new type of online media,” says Randy Krum, founder of Cool Infographics, one of the first blogs to focus on featuring infographics. According to Krum: “The internet has matured to a point where people are now using it as their primary source of news and information. Photos and charts have always improved readership of stories in print, and it’s even stronger online.”

Information design, as we all know, is far from being something new. Throughout history, it has been used in multiple scientific fields, helped make sense of statistical data and had its own space inside newsrooms all over the world. It’s only natural to assume that agencies and designers facing the challenge of producing infographics for clients can learn a thing or two from visual journalists, who also have to deal with crazy deadlines, fearless competition and increasingly demanding clients.

In a recent interview, author and visual journalist Alberto Cairo, says: “Designing an information graphic, a visual display of data or phenomena, is a moral act. We should strive for clarity, rigor and depth.” He was referring to bad and unethical journalism, but this sentence should be applied to anyone who’s interested in data visualisation, no matter in what context.

Sure, marketing is not journalism. Yet both fields recognise the importance of quality storytelling as a differential for success. This is one of the main criticisms data visualisation experts make of the works being released on the internet as “infographics”: too much “design” and little attention to “data”.

For Cairo: “Information graphics should be aesthetically pleasing, but many designers think about aesthetics before they think about structure, about the information itself, about the story the graphic should tell.” Many marketing agencies are feeling that already because “confusing infographics that don’t tell a clear story are never popular”, explains Krum. “Good storytelling and good design is the magic.”

For me, this is probably the most interesting aspect of the convergence between journalistic and marketing infographics. If storytelling is the key, how do you expect to achieve it just by putting together some colorful elements and throwing in a bunch of text and numbers? You have to find the story inside the data. And that usually means a lot of research, hours playing with the figures and a major journalistic work of editing.

The Spanish journalist Jaime Serra, considered the most influential infographic designer of the last 20 years, is emphatic on this point: “I don’t think that we have to offer all the data to the reader just because we have it; our job is to select those we consider really important for our readers and offer them in a simple way.”

It just makes sense, no matter if you are in a newsroom or an agency. And even if we’re talking about interactive data visualisation, where the “exploratory” dimension is often the main one, there’s almost always room for annotation layers that help the user to understand the main stories found inside the data set.

The marketing industry is becoming aware of the fact that there’s a lot more to infographic design. Good graphic software skills and catchy phrases aren’t enough, and it might take time, but the “internet people” will be aiming their criticism towards missteps in information accuracy and the relevancy of the story being told.

A good example of this trend is the rapid growth in interest for information design online courses. Events like conferences, workshops and training seminars, related to data visualisation, are also multiplying, trying to cope with the sudden demand originating from people with no experience in the field.

Andy Kirk, founder of Visualising Data, gives introductory courses about data visualisation in Europe and the United States. “My target audience was always to reach this huge new growth area of everyday people now being responsible for data analysis and presentation,” he says. “Whereas in the past it was something of a fringe or specialist activity, now it is much more in the mainstream.”

I think there’s also another key factor to take into consideration when it comes to improving the quality of marketing infographics. As the news industry continues to cut jobs, we’ll see more visual journalists moving away from newspapers and magazines. Some will be able to open their own design studios, but I’m sure many will end up working for companies and agencies. So, in time, more quality works will be produced, even if it’s an ad or an illustrated press release.

I tend to agree with Serra: “Infographics will continue to exist in any media format that is committed to quality.” And that goes for both journalism and marketing.

London-based graphic designers at The Surgery are becoming increasingly well known for their creative infographics. “Ultimately, the aim of an infographic is to communicate detailed information in an engaging and easy-to-consume manner,” they say. “We assume this approach is becoming an increasingly popular option due to the faster pace of 21st-century lifestyles.

“Technology has allowed, or even forced, us to consume information faster and in more depth than ever before. Perhaps equally important, technology has created the opportunity to record large quantities of data with little human intervention. From large corporations to the common man, devices such as smartphones and computers can track many aspects of our lives. The problem is how to communicate the importance and meaning of this data. How do we make it more engaging than an everyday PowerPoint presentation?

“We wonder whether this surge in infographic design has allowed people to realise the full possibilities of communication that design can achieve. Frequently, we see requests to design infographics without any quantitative data – and rightly so. A set of instructions, a story, essentially anything with a narrative can be visualised as an infographic.  “‘Data visualisation’ is a term that can easily be confused with infographics, but the two are different. Data visualisation is used to describe a piece of design which allows particular data to speak for itself, no figures will be removed or emphasised. The aim of data visualisation can vary from designing something easy to understand, such as a simple bar graph, to a complex map of world flight paths, which takes your breath away, but is difficult to understand.

“The term ‘infographic’ is used for design, which has applied a form of narrative or story to data. You will find pieces of data visualisation within an infographic, but this will be part of a journey presented with other highlighted information and visual aids, which take the reader on a directed journey.

“As an agency, we have become known for infographic design, which is both aesthetically pleasing and aids understanding in the true sense of the original data. We believe there is always the need for equilibrium between the creative and the message; excuse the cliché, but ‘less is more’. The best way to achieve this is with the removal of the unnecessary to allow you to reach a point where the essential message is clear. As Einstein said: ‘Everything should be made as simple as possible, but not simpler.’

“When designing infographics, we try to use a visual universal language. We all understand how to read pie charts and bar charts; we all know the sign for a men’s or women’s toilet. The art is to use these common media to allow understanding, and then stylise or ‘dress’ them in a way to achieve something which is visually engaging and compelling.

“The challenge in creating any infographic is being able to transform raw data and information into more of a narrative structure. We often find that overlaying complex data sets will allow us to easily identify interesting correlations and patterns, therefore giving the infographic a more vital context. The way in which the infographic communicates and functions is highly dependent on the flow of this narrative and the links between data sets.”