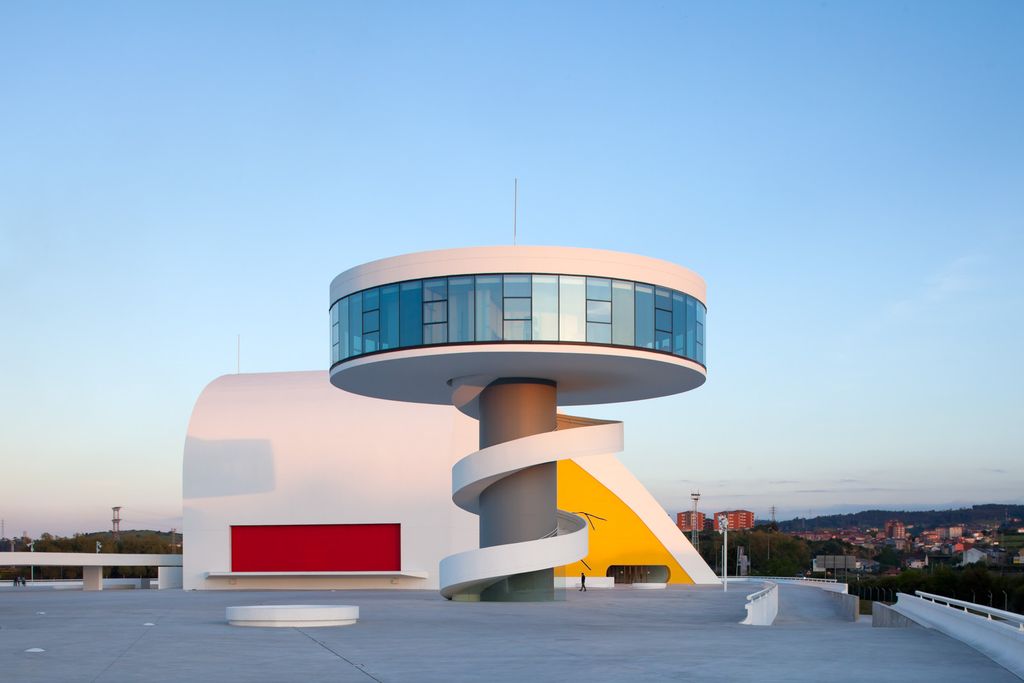 GREATER THAN THE SUM OF ITS ARTS

Hamish Jenkinson discovers why cities with global ambitions are increasingly turning to culture, rather than business and industry, to make their mark on the world stage

Bilbao, founded in the 14th century, remains an industrial port with iron ore being the main export. But since the opening of the iconic Guggenheim Museum Bilbao, it has experienced a dramatic social, economic and aesthetic revitalisation that owes much to the striking and unforgettable building that Frank Gehry created in 1997. Until its inception, it’s fair to say few people outside Spain would have known where Bilbao is. It is now a world-renowned cultural destination and has inspired something of a movement to grow in its wake.

While working for the actor Kevin Spacey, I was approached by the highly motived and accomplished cultural director Natalio Grueso who, having met the legendary Brazilian architect Oscar Niemeyer, had persuaded him to create a new cultural centre in Aviles, another industrial region in northern Spain. Niemeyer was awarded the Prince of Asturias Award for Art in 1989 and, as a present for the 25th Anniversary of the Awards, Niemeyer donated his drawings for a new cultural centre in the principality.

With a small team and sheer determination, Grueso managed to transform an old steel factory into Niemeyer’s first work in Spain, and his most important in Europe. But, since its opening in 2011, it has been hit by political wrangling, legal cases and lawsuits, and has lost momentum and direction just when it should have been flourishing.

The Niemeyer Centre was clearly intended to have the same impact on the industrial Cantabrian seaport as the Guggenheim museum has had on Bilbao. But it has struggled due to lack of financial backing and, since Grueso has become director of performing arts in Madrid, suffered from the absence of an artistic director with a vision of how the space could be used.

So what’s the logic behind such deep investment in the development of cultural art centres? I’d say the reason, is “soft power” – and there is a strong case for it. Cultural tourism has always been a major reason why we travel. It is the reason why so many visit London’s Southbank, possibly the most culturally rich stretch of land on Earth with Tate Modern, Southbank Centre, Royal Festival Hall, Haywood Gallery, Shakespeare’s Globe… I could go on. Paris is the same with tourists flocking to the Pompidou Centre and Louvre, and in Amsterdam there is the Van Gogh Museum and my personal favourite, the Rijksmuseum.

Recently Baku, the capital of Azerbaijan, has attracted international attention for its burgeoning arts scene. It’s a country with vast oil wealth and a rich culture in its own right, but little known outside the region. So they have been spending heavily on the arts and telling as many people as possible around the world about it. It’s an investment in the future and in history books. They won the Eurovision Song Contest and therefore hosted the competition the following year, building the Crystal Hall especially for the occasion. The arts are obviously something that is taken increasingly seriously in the country.

Most recently they have opened the new Heydar Aliyev Museum designed by Zaha Hadid, a controversial architect whose work remained unbuilt for years. In recent times, her designs have come to fruition and risen to world domination with structures like the Rosenthal Center for Contemporary Art in Cincinnati, United States, London’s Serpentine Sackler Gallery and Olympic Aquatic Centre, and the venue for the Tokyo 2020 Olympic Games. With her audacious designs, Hadid is now the doyenne of futuristic architecture and the Aliyev family of Azerbaijan hopes that the new cultural museum she has created can do for Baku what the Guggenheim did for Bilbao.

Leyla Aliyeva, the granddaughter of former President Heydar Aliyev, is particularly passionate about this. She says: “Baku is one of the fastest-changing cities in the world, but it also has a rich cultural heritage and the new cultural centre is, for me, the most beautiful building in the world. I’m not just saying that because I’m from Baku, I have never seen another building quite like it; it’s a masterpiece of modern architecture.”

She has a strong global perspective and also direct experience as a keen artist herself. “When I used to live in London, I would spend many happy hours visiting the best galleries and museums, from The Tate to the National Gallery, and there I enjoyed the works of all the finest artists, such as Picasso and Matisse, and it was while visiting these gallerias that I became inspired to draw and paint myself.” She is very modest about her own work, however, and as the editor in chief of Baku Magazine, she focuses more on other artists’ work. “I would love to think of myself as an artist, but I’m still at the start of my own journey; it’s more like a hobby that I love,” she says.

With the magazine, she is committed to spreading the “soft power” the country is developing to foreign shores with both a Russian edition and an international one. “The whole idea, when we started the international version, was to try and find a way to make the city interesting for people who’ve never heard of Baku,” she says. “So we decided to feature an artist in each issue. In the first issue we worked with Mr Brainwash who we commissioned to create an original art work; he’s such a fun guy to work with. My favourite artist that we’ve featured from Azerbaijan though is Niaz Nadjafov.”

It’s clear that connection between the arts and Baku’s future is important for her. “It’s interesting to me that, as I travel around the world, I hear people talk more and more about Baku and I think Zaha’s cultural centre was a very important part of that. Already there’s an incredible line-up of concerts and art exhibitions planned for next year, including a major retrospective of Andy Warhol’s work.”

Azerbaijan is not alone. In fact, it’s little wonder that a country like Qatar is also focusing more and more in this area. For a place, which has an abundance of sand, sun and oil, but not much else, it makes sense to be putting such an effort into building up its cultural sector. Sheikha Al-Mayassa, who heads the Qatar Museums Authority, which will have at its centre a national museum designed by Jean Nouvel, opening in 2016, came top of ArtReview magazine’s annual Power 100 due to “her organisation’s vast purchasing power”. With a budget of around a $1billion a year, spent on developing galleries, sponsoring film festivals and supporting public art, it’s easy to see why she came top.

Dhabi’s Tourism and Development Company is also currently developing major museum projects in the UAE capital. Norman Foster’s Zayed National Museum will be completed in 2016, a year after Jean Nouvel’s Louvre, at a cost of £17 billion. There is also a new Guggenheim in development, scheduled for completion in 2017. A coalition of international artists has begun a year-long protest against the mistreatment and exploitation of migrant workers building Abu Dhabi’s cultural hub. The arts’ influence is beginning to make a difference in all kinds of ways and the age of “soft power” is dawning.