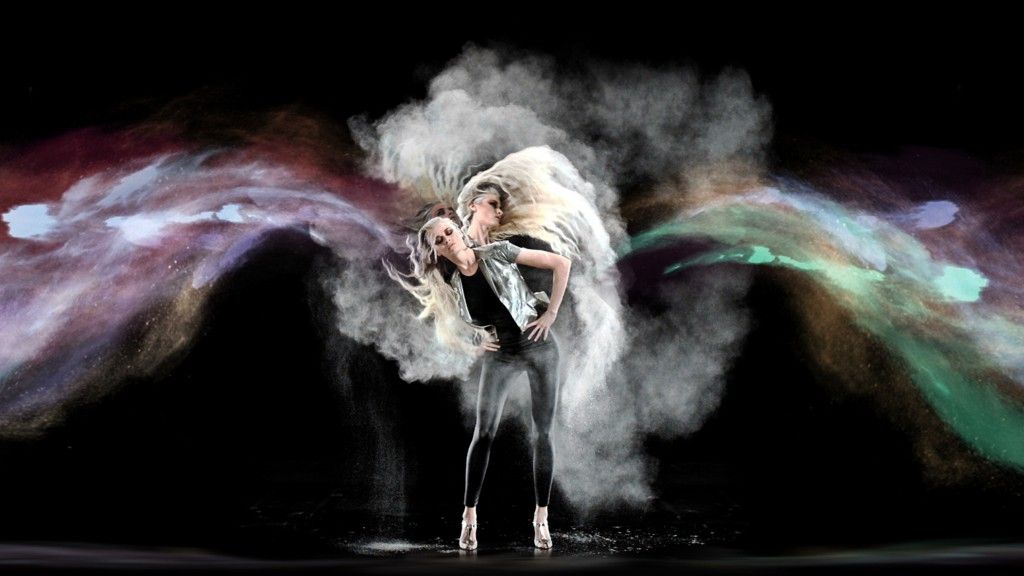 GHOSTLY IMAGES THAT MELD BUSINESS AND THE ARTS

Holographic projection is a fast-developing technology and art form, which is being used to astound business audiences, as pioneers at Musion tell Peter Archer.

The world of business and the arts have more in common than most think. Both are concerned with creative forces, innovation and ultimately the expression of an idea. To separate them is flawed, especially when we consider the rate at which both are now colliding.

Our professional lives are changing at an astonishing rate. Technology and artistic representation are giving businesses a new face – one that is fresh and exciting, but at the same time is retaining the core objectives of business (the creation of a service or product to generate profit).

However, increasingly organisations are coming to terms with the fact that revenue generation is not just a static “sell-a-product” concept. It can be achieved via a range of modern methods, many of which are being led by technology’s relentless march forward as it converges with artistic thinking.

It is at our company Musion where this belief is at its strongest. At the heart of the company is the conviction that the world of business can still astound and that the public deserve memorable experiences which make them question their senses.

Holographic projection is proving to be the perfect medium for taking the business world to new exciting heights. As our technology has shown, with the assistance of our internal creative team and creative partner network, holography is an expressive platform that has only begun to show its full potential.

James Rock often enjoys recounting the story of his first experience of the technology to summarise its effect.

“I was in the Middle East working for an events company when a colleague told me about an event taking place nearby and how I had to go and see what these people were doing. I was busy that day, but I still managed to pull myself away at lunch,” he says.

“What I saw was an early edition of the Musion technology and, in that instant, the future of communication, business and art. I went back to my job and resigned to form the company. It was something I had to be a part of.”

That technology is now ten years old and, without a doubt, lived up to its early promise.

Musion’s huge client list, of which some will be showcased in this article, demonstrate the innovation and inspiration that is possible with holographic projection, both in the conventional business world, as well as more public-facing experiences.

Can you name another presentation medium which offers such incredible sales prospects, but at the same time artistic potential? An apt place to begin is with the 2012 General Electric (GE) Throttle Up show. There is no doubting GE’s corporate standing or its innovation in the huge range of vertical sectors it occupies.

However, even for a company like GE, it is important to maintain momentum with a consistent demonstration of the innovation that exists within the company. What other technological platform allows you to conjure a giant, 3D interactive projection of a jet engine on stage for what was essentially a product showcase?

No other means of expression allows this, which is why holographic projection is so interesting. Working with advertising agency BBDO, we helped create a six-minute gaming experience, comprised of 200 individual holographic components, all of which could be manipulated via motion control.

Fellow Musion director Ian O’Connell summarises the experience. “I believe bringing GE’s advanced engineering to life was the perfect combination of creative innovation and technical brilliance, particularly in a setting dedicated to celebrating the creative industry [Creative Week 2012]. The experience brings a new dimension to the way companies can think about advertising,” he says.

Realistically it opened up a vast number of new avenues for all business-related practices. There will always be challenges associated with holographic projection, both technological and artistic, but the surprisingly simple technology is a blank canvas waiting for ideas.

Many forward-thinking companies have already drawn their moments of history, but its real capabilities are only just beginning.

Best positioned to discuss the merging of the creative and technological within a context of business client requirements is Musion’s lead content consultant, Oliver Gingrich. He has been intrinsic in the creation of many of the world’s most impressive holographic projects and perhaps one of the most experienced people working in the fledgling industry.

It is the ideas and execution which are most valuable when it comes to holographic projection. After all, the technology itself is deceptively simple. Musion’s particular system is a modern-day patented twist on the Victorian stage technique, Pepper’s Ghost.

In its most basic form, content is first projected on to a projection bounce screen. From there it reflects upwards (in the most conventional set-ups) on to an ultra-thin invisible foil rigged at a 45-degree angle, which again reflects the image to appear on stage. With the assistance of lighting techniques, video shadowing, set dressing and post production, a 3D volumetric image appears on stage in a starkly realistic form.

“The most challenging projects are those which move past the ‘it’s a hologram’ concept. Projecting a person has become easy – it is our bread and butter. When you begin thinking artistically, then you begin to unwind what holography is capable of. The most important part of any project, whether its entertainment, business, retail, artistic or educative, is believability,” says Gingrich.

“When we begin to push the boundaries of the system – adding live elements, 3D animation meeting human representation, excessive post production, digital resurrection, and so on – not only does the client receive something incredible for a business purpose, but the artistic legacy of the creation is equally valuable.”

An excellent example of this in practice is Dita Von Teese’s holographic performance for the Christian Louboutin Design Museum 2012 retrospective. Over the course of her dance routine, Von Teese begins as a giant revolving Louboutin stiletto, transforms in real-time into herself, dances alongside identical miniature versions before returning to being a shoe, all without a break in front of the audience.

The results for the client are obvious – arguably the most successful exhibition in the history of the London Design Museum’s history and an event that is still being discussed to this day – but what is more impressive is the way Musion leaves a legacy of creativity.

A standard performance by Von Teese at the event would have been exciting, but by merging the business – the iconic Louboutin product – with the artistic – burlesque dancing, 3D animation – an unforgettable experience was created for those who watched. It also means a belief is transferred to other companies that anything is possible via holographic projection.

A similar legacy can be seen with Deutsche Telekom’s Christmas extravaganza when Mariah Carey sang in a number of European cities simultaneously.

“I think holographic technology is the first step on an interesting journey,” she says. “There are so many things that could be done – to have the experience of being there and to be able to combine the technology – it’s so vast that the possibilities are endless. I think this is probably just a tiny step in the direction we can go as artists and performers to really help unite our fans, our audiences and ultimately hopefully the world.”

These sound like strong words, but they capture the core message behind the clash of business and art that is taking place. The possibilities are undeniably endless – Carey is right. She chose a method of communication and performance that was perfect for Saatchi & Saatchi’s Deutsche Telekom business campaign Life is for sharing and that is exactly what the experience created in every respect.

It is extremely difficult to summarise the raw emotion generated by seeing a person appear instantly on stage – even more so if they’re no longer living – change into an object or shift environment, perform and then vanish. It is magic, a term rarely associated with business.

Should this be the concluding point? Others have done a better job at explaining it. During Narendra Modi’s recent Indian electioneering campaign, he appeared to audiences of thousands across the state of Gujarat simultaneously (a Guinness World Record-breaking event). Such was the convincing nature of the holograms, people compared the experience to something holy.

Mani Shankar, director of NChant 3D, the company behind the project, says: “The effect of the holograms of Modi were so convincing to the villagers, many were unaware he wasn’t even there in person. The technology, supported by our mobile truck development, is an extremely powerful tool for any politician and we were thrilled Modi decided to entrust his campaign to such an innovative communication medium.”

This is perhaps the strongest example of holographic projection’s potential. It has the ability to offer more than any other technology, artistic or scientific. It opens doors for businesses, but at the same time gives credible artists a new art form to experiment with.

Is it a legitimiser for the arts within business? Possibly, but a more accurate term is an enabler. It allows businesses to think beyond the usual. It enables them to connect closer with the people they service and draws them closer to humanity. After all, businesses are made of people, their emotions and their creative expressions.

Holographic projection merely gives them an outlet that has the ability to realise their full creative power.