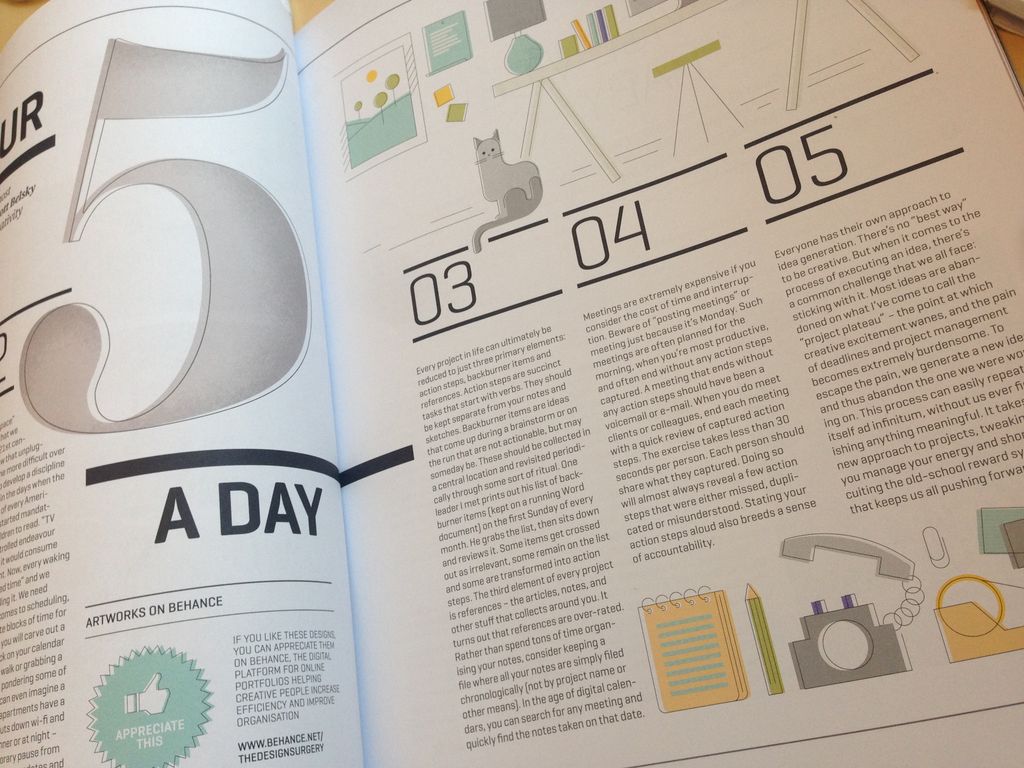 We are constantly bombarded with incoming communications – e-mails, texts, tweets, posts, phone calls, instant messages. Schedule “windows of non-stimulation” in your day. For two to three hours minimise e-mail and all other sources of incoming communication and focus on a list of long-term items; not regular tasks, but long-term projects that require research and deep thought.

Perhaps “sacred space” is a new life tenet that we must adopt in the 21st century? Now, every waking moment is “connected time” and we need to start controlling it. We need to allocate blocks of time for deep thinking. Maybe taking a walk or grabbing a cup of coffee and just pondering some of those bigger things.

Every project in life can ultimately be reduced to just three primary elements: action steps, backburner items and references. Action steps are succinct tasks that start with verbs. Backburner items are ideas that come up during a brainstorm or on the run that are not actionable, but may someday be. The third element of every project is references – the articles, notes, and other stuff that collects around you.

There’s no “best way” to be creative. But when it comes to the process of executing an idea, there’s a common challenge that we all face: sticking with it. Most ideas are abandoned on what I’ve come to call the “project plateau” – the point at which creative excitement wanes, and the pain of deadlines and project management becomes extremely burdensome. To escape the pain, we generate a new idea and thus abandon the one we were working on. It takes a new approach to projects, tweaking how you manage your energy and short-circuiting the old-school reward system that keeps us all pushing forward.

Show your ideas some respect. Creativity is not only a sacred gift and opportunity, it is also a responsibility.